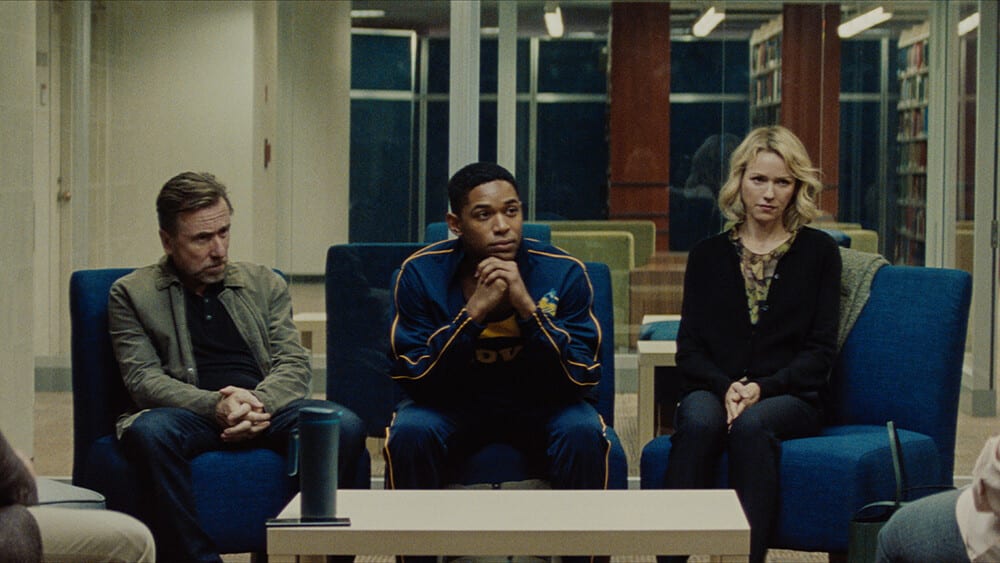 The Sundance Film Festival is synonymous with some of the best work in independent cinema, with recent works like Moonlight and Boyhood standing as proud examples. The latest contemporary drama Luce had the potential to join those ranks, scoring high reviews out of Sundance while featuring an all-star cast. It’s that promise that makes Luce’s disconnected and underbaked execution a major disappointment.

Luce follows an African-American student (It Comes At Night’s Kelvin Harrison Jr), who embodies the idea of a perfect student. After an assignment raises eyebrows from his stern teacher (Octavia Spencer) Luce’s image comes under fire as his parents (Naomi Watts and Tim Roth) try to decide whose side they are on.

Adapting playwright J.C. Lee’s contemporary work into a film seemed like a smooth transition on paper, yet writer/director Julius Onah (along with Lee) fails to breath much insight or humanity into its narrative. The initial set-up does a good job of creating a sense of intrigue, but the follow-through of the set-up turns the seemingly grounded narrative into a sensationalized soap opera. The second half throws several twists at the screen but does so without much in terms of development or patience. It just becomes overblown, losing its thematic focus while leaving its initial promise undercooked.

As a director, Onah makes an admirable departure from the genre fare like Cloverfield Paradox, but his efforts do not enhance the narrative. The overall look of the film is fairly unengaging, never establishing a visceral identity to make the familiar suburban setting come to life. I appreciate areas where Onah tries to create tension with kinetic edits and pulsating score, but these attempts fail to register with much impact.

Despite the acclaim of its respective cast, the performances leave something to be desired. A mixture of actors going through the motions (Tim Roth and his bizarre accent) or not being given much to do (Octavia Spencer) hurts, but its star Kelvin Harrison Jr’s portrayal of Luce that restricts the film. Whether it’s an acting choice or how the performance was directed, Harrison’s work fails to create the intriguing duality it looks to establish with Luce’s character. He’s either played as the perfect student or something more sinister, creating a simplistic perspective that the movie is actively trying to stand against through its thematic concepts.

Luce‘s pursuit of creating a contemporary statement about the identity of one’s self and our identity to the world is a noble one, but the final product largely rang hollow for me.