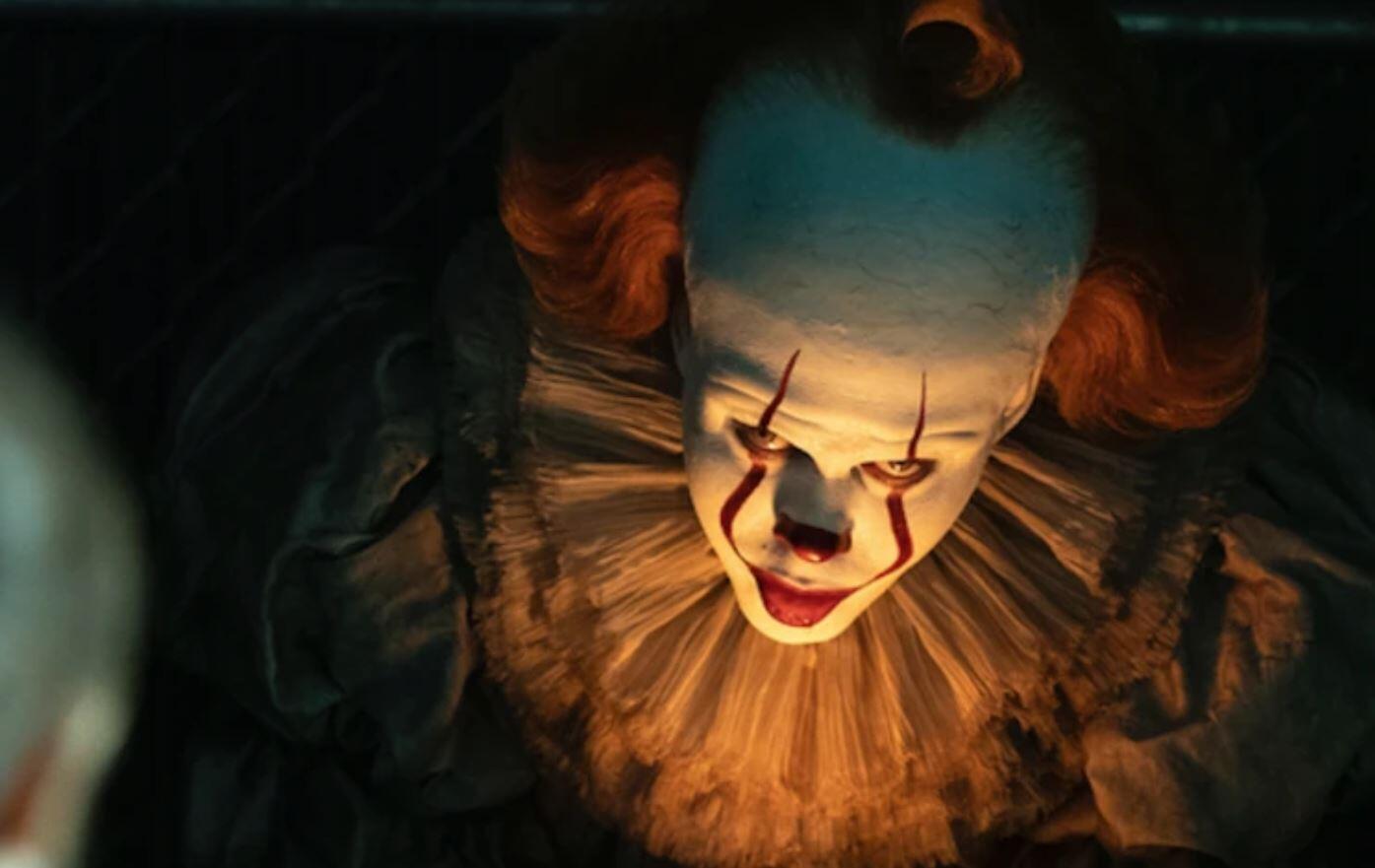 Chapter 2 starts off with the infamous hate crime scene from the book, that definitely packs a punch, but doesn’t really serve as much more than to let the audience know that Pennywise is back – and also lets Mike know as well.

He calls up the rest of the gang from back in the day, you know, The Losers’ Club, and the story sets off from there. Everyone is in different places 27 years later and want to forget about what happened in Derry all those years ago. But they quickly realize (and damn – do I mean quickly – this has to be done in 3 hours, remember?) that they’re the ones who have to defeat his entity once and for all.

Without getting into spoilers, the film consists of a lot of flashbacks, showing us more of the details from the Losers’ experiences that were left out of the first film. Some of them work, some of them don’t – in terms of being scary or not. Some are just silly to the point where you might laugh at them.

The acting in the movie is top notch, and the casting director of the film definitely deserves credit. Jessica Chastain, Bill Hader, James McAvoy, Isaiah Mustafa, Jay Ryan, James Ransone and Andy Bean are all good in their performances. You never sit there and wonder which is which, because they pretty much all look identical to their child character as a grown-up and act the same.

Bill Skarsgård is back as Pennywise the Clown, and while some of the scenes will definitely creep you out (the bleacher scene with the little girl and the one where Beverly sees “Pennywise” without the makeup) some of them are just too silly to be scary or taken seriously in the slightest. That might have been the goal of the filmmakers, and I’m not necessarily talking about the scenes with the clown, mainly just the scenes where he takes on a different form. In fact, Pennywise isn’t really even in the movie all that much. When he is, though, you can tell Skarsgård definitely gave it his all and I wish we would have seen more of that.

I went into this movie knowing that it’s a hard film to adapt, the ending especially, and that is where the movie suffers the most. While the ending is serviceable and wraps up some loose ends, it leaves more loose ends – and you can’t help but feel like it’s a rush job when you leave the theater.

That’s not to say that the ending won’t pull on your heartstrings a little bit, because it is emotional, it just happens so quickly. All in all, I think fans will find it as a satisfying send-off for the characters. Though I will say and this isn’t a spoiler if you’ve read the book or seen the mini-series – one of the character’s deaths, (the one who dies early in the film) seems to be used as more of a nostalgia feel at the end – despite the death being tragic. It doesn’t really mesh very well with the tone of the ending.

IT: Chapter 2 isn’t a bad movie – but it definitely isn’t a great one. There was just something missing – and I’m not sure what that is. Like I said earlier, it’s just a hard novel to adapt into a movie – let alone two movies. Director Andy Muschietti has said he might want to explore a third film – so I wonder how much (if any) of this movie was left on the cutting room floor? I get that the studio can’t release a movie over 3 hours long, but it’s still interesting to think about. This movie is long –  but I really don’t think it feels that long or drags on like some have suggested. It could have benefited from a little more time (or cutting certain aspects that didn’t really matter), in my opinion.

All in all, if you loved the first movie, chances are you’ll probably enjoy this one too. You just might not love it.

Continue Reading
You may also like...
Related Topics:Bill Skarsgard, Horror, IT, IT: Chapter 2