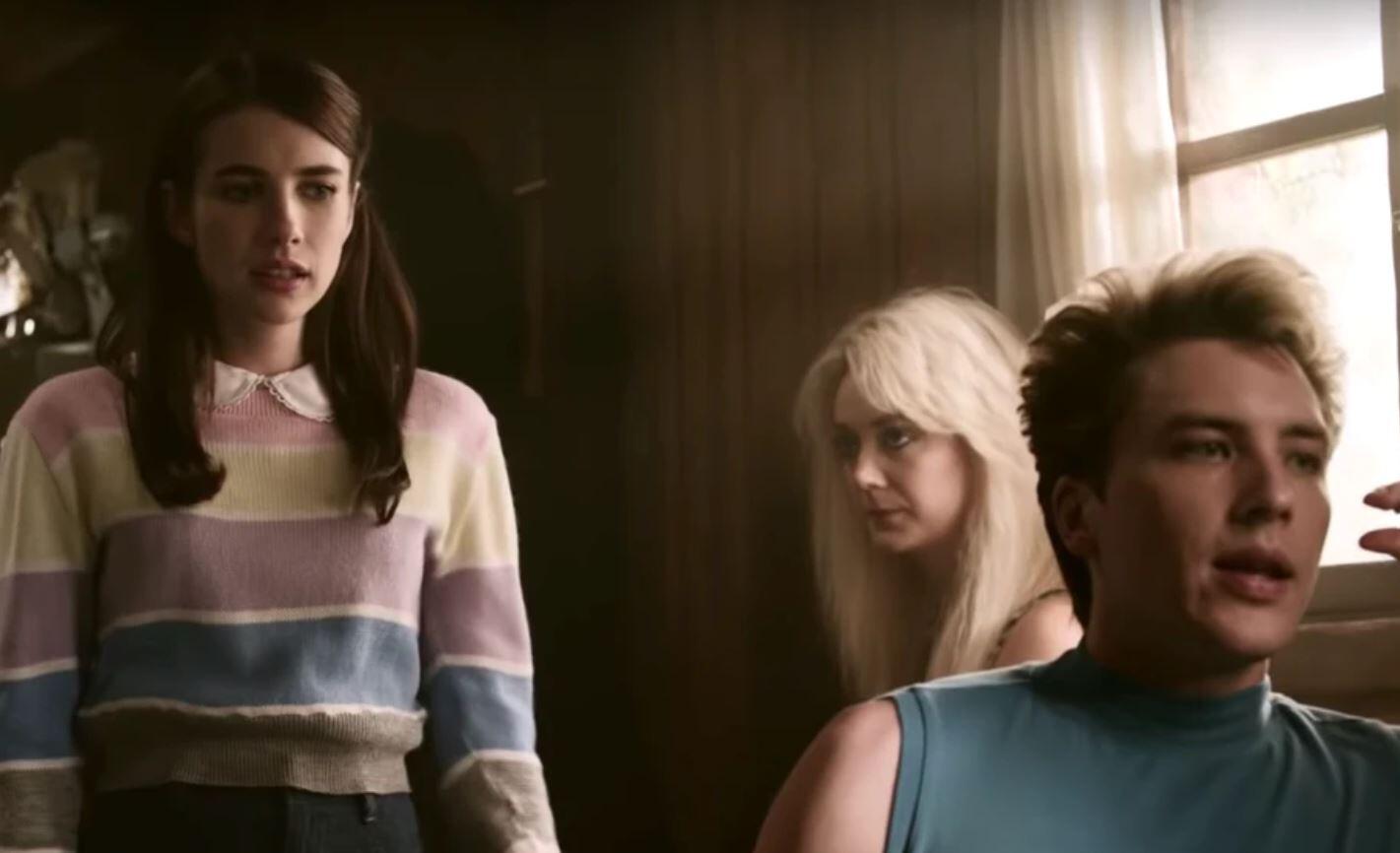 FX is getting ready to premiere another season of their hit series, American Horror Story. The seasonal anthology series’ next storyline will be neatly titled “1984”. Reason being? It’s actually a tribute to the slasher films of the 1980’s, more specifically the summer camp variety like Friday the 13th, The Burning, and Sleepaway Camp. But a new fan theory suggests it may be much more than a straightforward tribute to traditional slasher fare.

According to one user at the r/AmericanHorrorStory community on Reddit, the series may actually be focusing on a gameshow element. The user insists in his American Horror Story: 1984 theory that the clues are in the previous season titled Apocalypse, as well as some of the marketing videos for the new season.

The supposed Apocalypse connection is based on the fact that certain outposts were chosen to survive the end of the world. And while that doesn’t exactly state “slasher movie game show”, it’s worth noting that the new season’s subtitle is the same name as George Orwell’s iconic book 1984. The book deals with a dystopian civilization that’s constantly monitored by “Big Brother”, which may or may not hint at the apocalyptic gameshow possibilities for this new season.

The other possible clue lies in some of the promotional videos for the new season. For example, we see campers watching television – and it’s being theorized they’re watching the “real” cast of the show. Hence, the game show concept.

Finally, it’s worth noting the casting announcement. The video was presented as a screen test with the actor’s marks on display throughout the footage.

Ultimately, it’s safe to say that American Horror Story: 1984 will go above and beyond simple slasher movie tropes. Every season has thus far tried to twist things around and surprise its viewers. At this rate, I wouldn’t be surprised if the season will have something even crazier than a gameshow subplot that will easily shock everyone.

How do you feel about the American Horror Story: 1984 theory? Do you think it’s a likely scenario? Let us know in the comments section down below!