Starbucks Is Offering A Tasty Pennywise Themed ‘IT’ Frappuccino 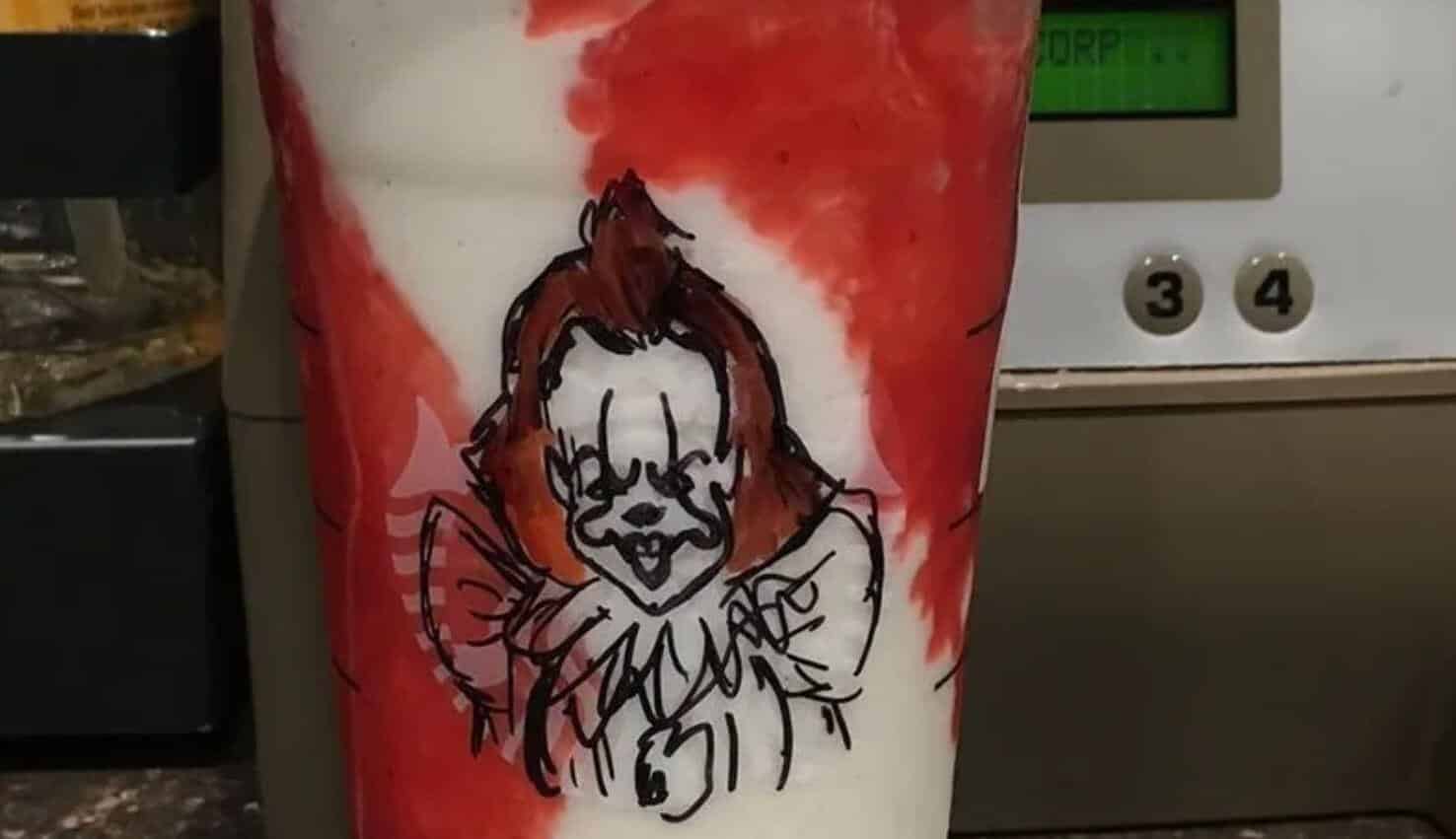 Now that IT: Chapter 2 is in theaters, the cosmic killer clown Pennywise is on everyone’s mind. It turns out that the clown is so popular, you can even get an IT-themed Pennywise frappuccino at Starbucks. The drink comes off their “secret menu” and has been available since 2017, but given the hype of the new film – some fans are just now discovering the beverage for the first time.

In fact, some locations are proudly advertising the IT-themed frappuccino, so definitely check it out – they’re available in every location!

One Starbucks barista with the Instagram handle @Tinker_Hell revealed the secret to obtaining one of these drinks.

“*PLEASE DO NOT ORDER THIS AS THE IT FRAPPUCCINO, your barista will likely NOT know what that is. Order a Vanilla bean frappuccino with strawberry purée on top!”

I got to make a couple #itfrappuccino today at my #starbucks!!! Pictured first is my last attempt with a much better depiction of #Pennywise than my first attempt (pictured last). I loooove drawing him so I had to add him for the full effect!!! **PLEASE DO NOT ORDER THIS AS THE IT FRAPPUCCINO, your barista will likely NOT know what that is. Order a Vanilla bean frappuccino with strawberry purée on top! Oh, and PLEASE TIP YOUR #BARISTAS!!!!! @itmovieofficial @andy_muschietti @barbaramus Thank you for such an amazing movie experience these past few years!!! I’m so happy I can incorporate Pennywise into my everyday life 🤡🎈🖤🖤🖤 ETA//: If you see this featured anywhere please comment or DM me, I would love to see it!!! I also set up a ko-fi in my profile. If you enjoyed this and would like to see more cup art, art in general, or fun drinks, please consider supporting me there!

Because of the way this drink is made, the strawberry drizzle will look like blood seeping through the beverage. And the strawberries on top will resemble Pennywise’s trademark red balloons.

The beverage definitely makes a perfect treat for fans of IT and its sequel IT: Chapter 2. Of course, the films might not end there – it turns out there’s a possibility for an IT: Chapter 3. Here’s what Pennywise actor Bill Skarsgård himself had to say on the subject:

Have you tried the IT-themed Starbucks frappuccino? What did you think of the special beverage? Let us know in the comments section down below!