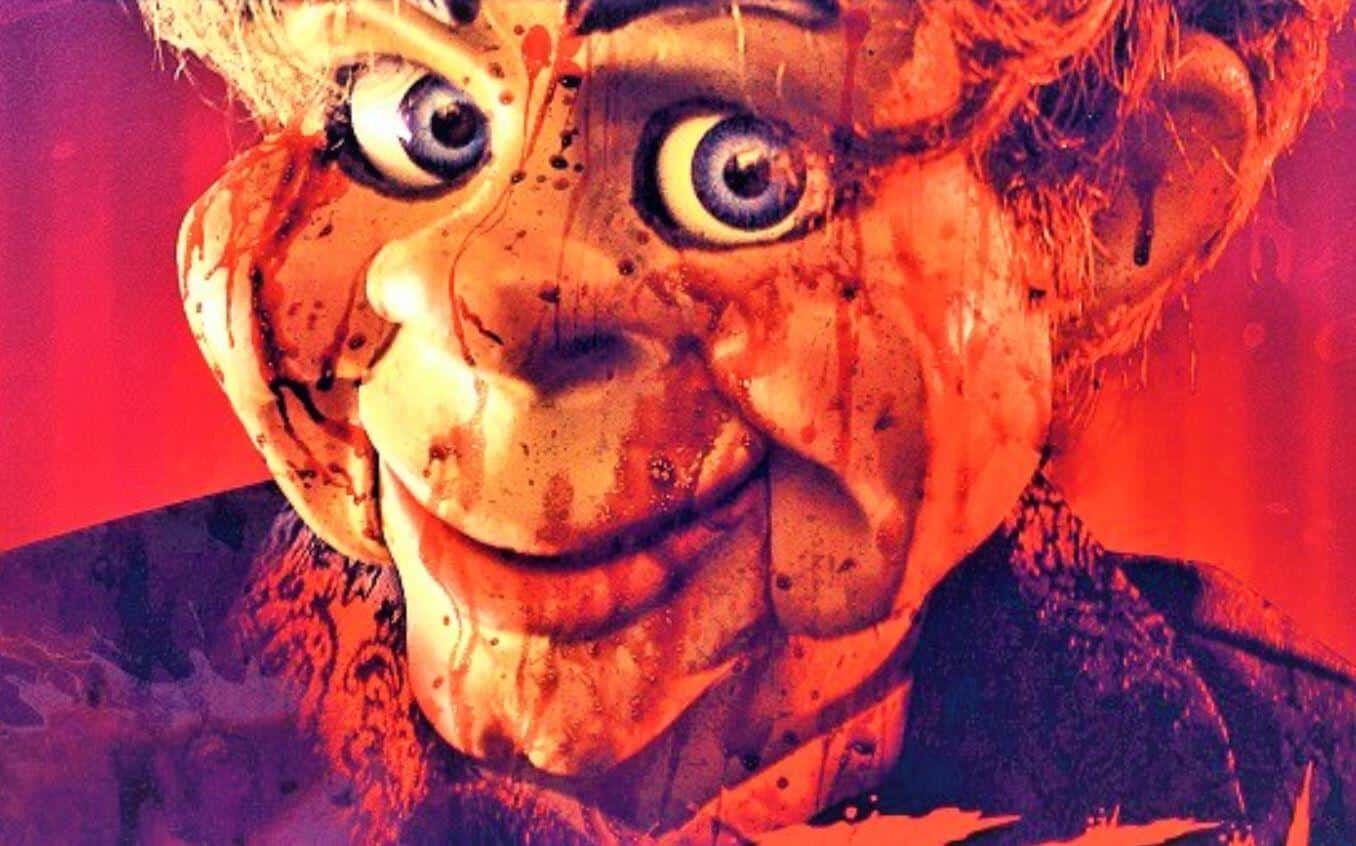 The plan is for the movie to premiere next month in LA for two special screenings before Midnight Releasing puts it out on home video and VOD. As you can see in the trailer, the movie definitely looks wild and should give an interesting new look at some killer puppet mayhem.

“Returning to the abandoned Detroit television station where they once delighted a generation of children viewers, master puppeteer Mister Jolly re-incarnates his minion puppets for a final performance to settle an old score with Richard. The rare blood moon casts an ominous glow as Mr Jolly unleashes his puppets, lead by the infamous Handy Dandy to seek his revenge. Further complicating Richard’s dilemma is the unexpected arrival to the Studio of his son Steffen and his friends. The group become entangled in the thrilling pursuit by Mr Jolly and Handy Dandy through the annuls of the old studio building. They soon realize that they are in a new version of “Mister Jolly and the Handy Dandy Show” -where pain is the game!”

Devil’s Junction: Handy Dandy’s Revenge is set for its two night special screenings on October 18, and October 19, 2019. The home video and VOD release date is on November 15, 2019.

What did you think of the Devil’s Junction: Handy Dandy’s Revenge trailer? Are you excited to see Bill Moseley and Bill Oberst Jr. in the movie? Let us know in the comments section down below!