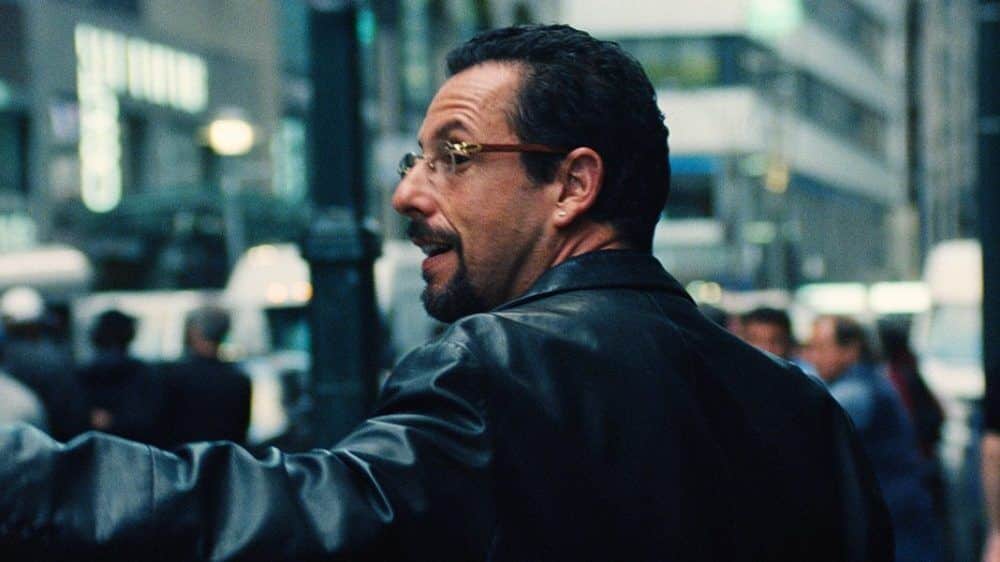 Actor Adam Sandler is better known for his comedic chops, which span from live-action content to animated kids films. But now he’ll be going above and beyond what he’s been known for in a new film titled Uncut Gems. The movie brings Adam Sandler in as a jeweler who ends up gambling with the wrong people’s money. Check out the Uncut Gems trailer down below!

As you can see in the first official trailer for the movie, Sandler’s more serious role definitely looks different from the usual Adam Sandler portrayals. And given the darker subject matter, it should be an interesting movie to see unfold how it’ll effect Sandler’s resume as an actor.

“Set in the diamond district of New York City, Howard Ratner, a jewelry store owner and dealer to the rich and famous, must find a way to pay his debts when his merchandise is taken from one of his top sellers and girlfriend.”

Because of the plot and how Adam Sandler intends to take on the role with a more serious portrayal, the movie Uncut Gems should definitely be one worth looking out for when it premieres in theaters. Especially if the current hype from critics is to be believed.

You can see Adam Sandler step outside of his boundaries as gambling jeweler Howard Ratner in Uncut Gems when the film hits theaters on December 13, 2019.

What did you think of the trailer for Uncut Gems? Are you excited to see actor Adam Sandler take on such an unconventional role? Let us know in the comments section down below!