‘IT: Chapter 2’ Fan’s Pennywise Jeep Is Freaking Out Fellow Drivers 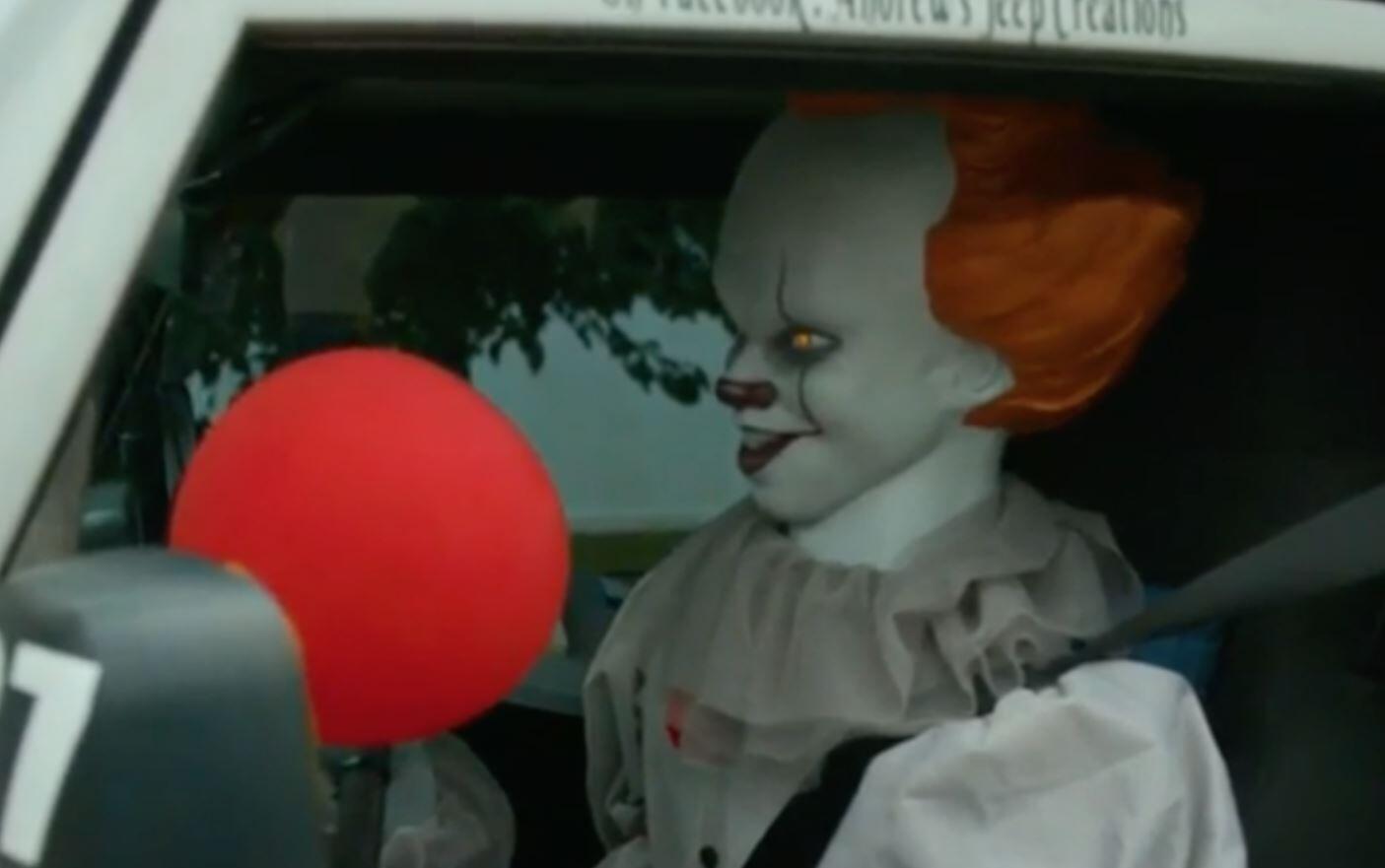 Since he started writing, Stephen King has become quite popular. Arguably, he’s the most famous author ever. The track record of movies based on his work proves that. Furthermore, there are even remakes of said movies. But what may be even more famous than King, are the characters he’s created. Most notably, Pennywise. Though the movie may not be receiving the praise the first chapter of this remake has, Bill Skarsgard’s clown (originally played by Tim Curry) is still a fan favorite. Just ask this driver who’s pranked drivers with his Jeep.

“The only one they had on the lot was right-hand-drive. So, I got in and took it for a test drive and thought, ‘This is really, really fun. And I drove it around and everyone kept looking and wondering why there was nobody driving this particular vehicle. So my brother and I came up with the idea of putting a skeleton there… and everybody went crazy about that. After a few months I had to step up my game. It’s progressed to different characters, different themes … every vehicle gets more expensive and more elaborate.”

The news segment reports that Johnson has dressed his Jeep up with many themes even before Pennywise. There was even a time when the station caught him with a Fortnite theme.

Johnson spoke further on the attention he receives,

“It’s a lot of fun, it’s entertaining to people. I’m always the attraction. Wherever I go, I have to plan an extra 30 minutes just for that….I’ve had to calm a lot of people down. I had one lady praying to Jesus.”

With as much horror in the real-world, I’m glad there’s some that are just good, wholesome fun.

It: Chapter 2 is currently in its theatrical run. It stars Dark Phoenix‘s James McAvoy and Jessica Chastain as grown-up versions of the characters from Chapter One. As said, the sequel hasn’t been praised as well as the first chapter. Regardless, there’s been talks of Chapter Three. I don’t think Stephen King wrote anything past the events of Chapter 2. But at 72, he’s still at his typewriter. He eventually wrote a sequel to The Shining, and Doctor Sleep will be made into a movie as well.
For more on Stephen King (such as a movie based on a novella with his son), and everything else horror, stay tuned to Screen Geek.