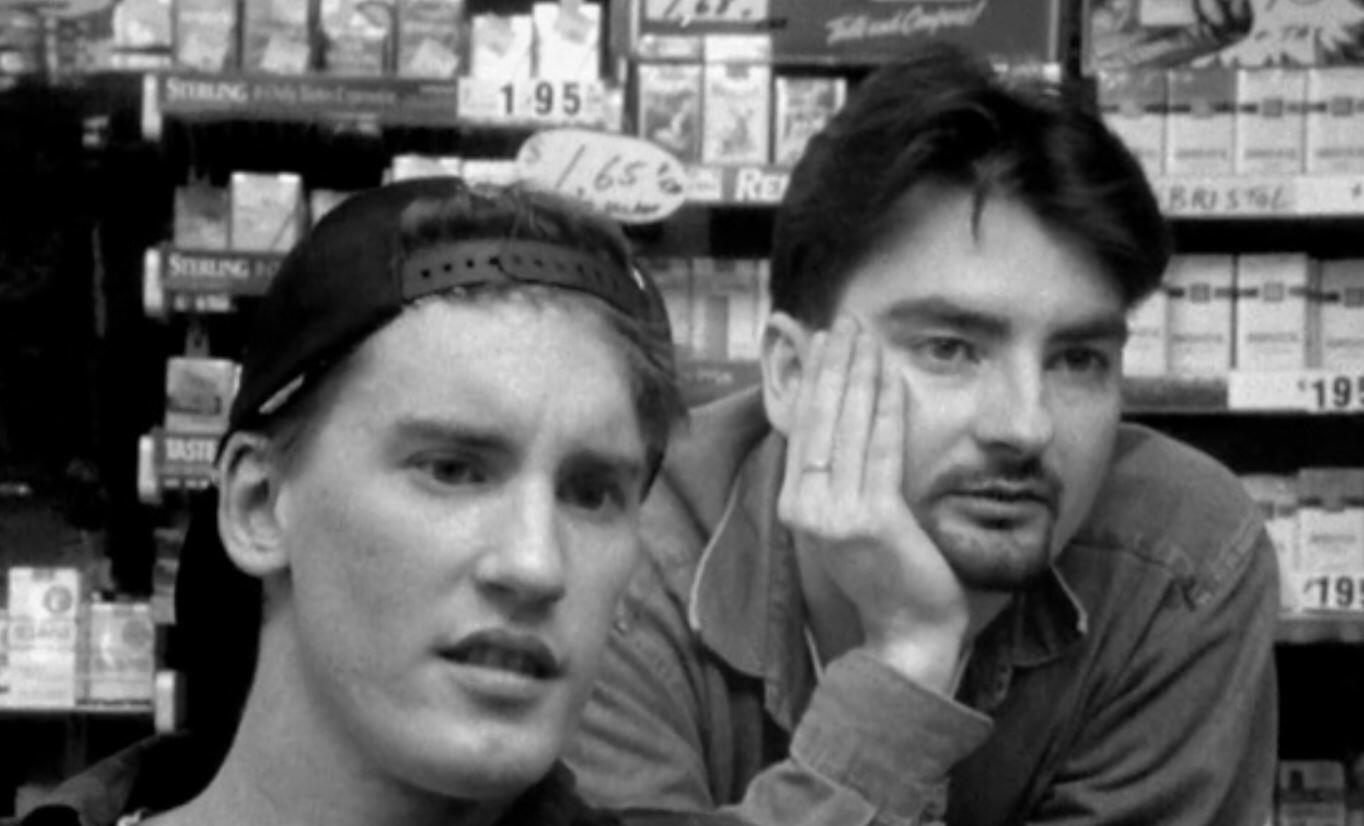 Kevin Smith finally returned to his ViewAskewniverse. Jay and Silent Bob Reboot will drop October 15th. And with anticipation of that flick, Smith will keep the ball rolling, since he’s just announced Clerks 3.

The filmmaker and podcaster posted to his Facebook page the long-winded announcement of his newest film.

3 CLERKS! Thanks to the good folks at @leeloomultiprops, I got to see Randal! #JeffAnderson, @jaymewes, and I spent…

“3 CLERKS! Thanks to the good folks at @leeloomultiprops, I got to see Randal! #JeffAnderson, @jaymewes, and I spent Saturday signing stuff and catching up, seeing so much movie merch that’s been made over the last 25 years (hit the Leloo site for sweet signed skateboards)! But even better than that? We talked about making a movie together. It’ll be a movie that concludes a saga. It’ll be a movie about how you’re never too old to completely change your life. It’ll be a movie about how a decades-spanning friendship finally confronts the future. It’ll be a movie that brings us back to the beginning – a return to the cradle of civilization in the great state of #newjersey. It’ll be a movie that stars Jeff and @briancohalloran, with me and Jay in supporting roles. And it’ll be a movie called CLERKS III! To be great is to go on. To go on is to go far. To go far is to return. And we’re all gonna return to the scene of the crime! This won’t be the old script we almost made a few years back: this is a completely new screenplay that I just started writing last night! And so far, it’s like a dream come true! After mending fences with @benaffleck earlier this year, I was hoping for a chance to do the same with Jeff – so huge thanks to Leeloo Multiprops for getting us all in the same room. But the biggest thanks ever go to Jeff, for being receptive to the idea at all. This means I’m gonna get to play with my two favorite inaction figures again: Dante & Randal! Two weeks from the debut of @jayandsilentbob Reboot (on @fathomevents screens 10/15 & 10/17, link in my bio), I’m ecstatic to announce our imminent return to Quick Stop! So I assure you: we’re open! #KevinSmith #clerks3 #jaymewes #jayandsilentbob #danteandrandal #quickstop #leeloomultiprops #indiefilm #clerks”

Smith had plans for the third installment a few years back. Though it was scrapped, along with a sequel to Mallrats, due to issues with the studios. The original script for Clerks 3 was morphed into Jay and Silent Bob Reboot. And according to this post, he’s started a new script.

Another issue resides with Jeff Anderson, who plays Randal Graves in the series. With Clerks 2, and even the short-lived Clerks: The Animated Series, Smith had to practically beg Anderson to return. And I’m glad Smith won’t make the movie without Randall.

Jay and Silent Bob Reboot has been making the rounds at film festivals and special presentations with Smith and Jason Mewes. But it will officially arrive in theaters, October 15th. For all other movie news, stay tuned to Screen Geek.