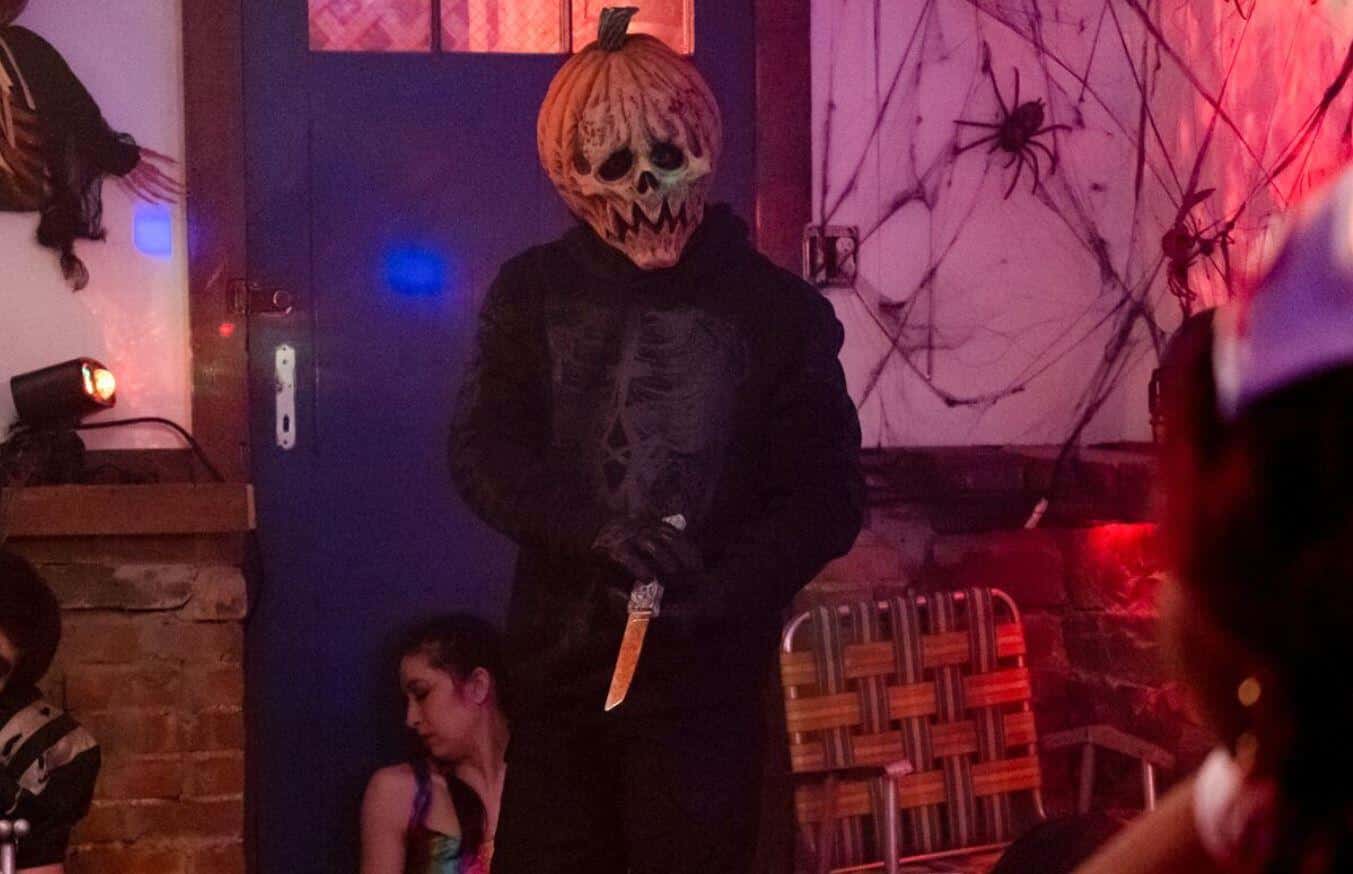 The filmmaking duo Todd Farmer and Patrick Lussier are coming back for another fun entry in the horror genre. The two previously collaborated on films like My Bloody Valentine 3D, and it looks like the zany quirkiness of that movie will carry over into their next project. The new movie is called Trick, and it’s bound to be one hell of a good time. Check out the Trick trailer down below.

Trick introduces Patrick “Trick” Weaver, a serial killer that performs a series of murders on Halloween night every year. The character uniquely takes advantage of a multitude of creepy masks, managing to pay tribute to the iconic slasher tropes of the past while also making the killer fun and unique.

In the movie Trick…

On Halloween night in 2015, Patrick “Trick” Weaver massacred his classmates at a costume party. After being arrested, he managed to escape police custody, but not before being shot five times by Detective Mike Denver. Everyone believes Trick must be dead, but when a masked killer reappears the following Halloween, and every Halloween after that, they realize the nightmare is not over. With Trick wreaking havoc and killing people in increasingly terrifying ways, Denver will stop at nothing to finish what he started and bring the carnage to an end.

Trick definitely sounds like it’ll be a good contribution to the horror genre, with the potential to be another seasonal Halloween favorite for fans. After all, with a character this fun named “Trick” of all things, it should be a great new perspective on traditional Halloween slasher fare.

What did you think of the Trick trailer? Are you excited for the new Halloween themed horror movie? Let us know in the comments section down below!

Continue Reading
You may also like...
Related Topics:Horror, Trick