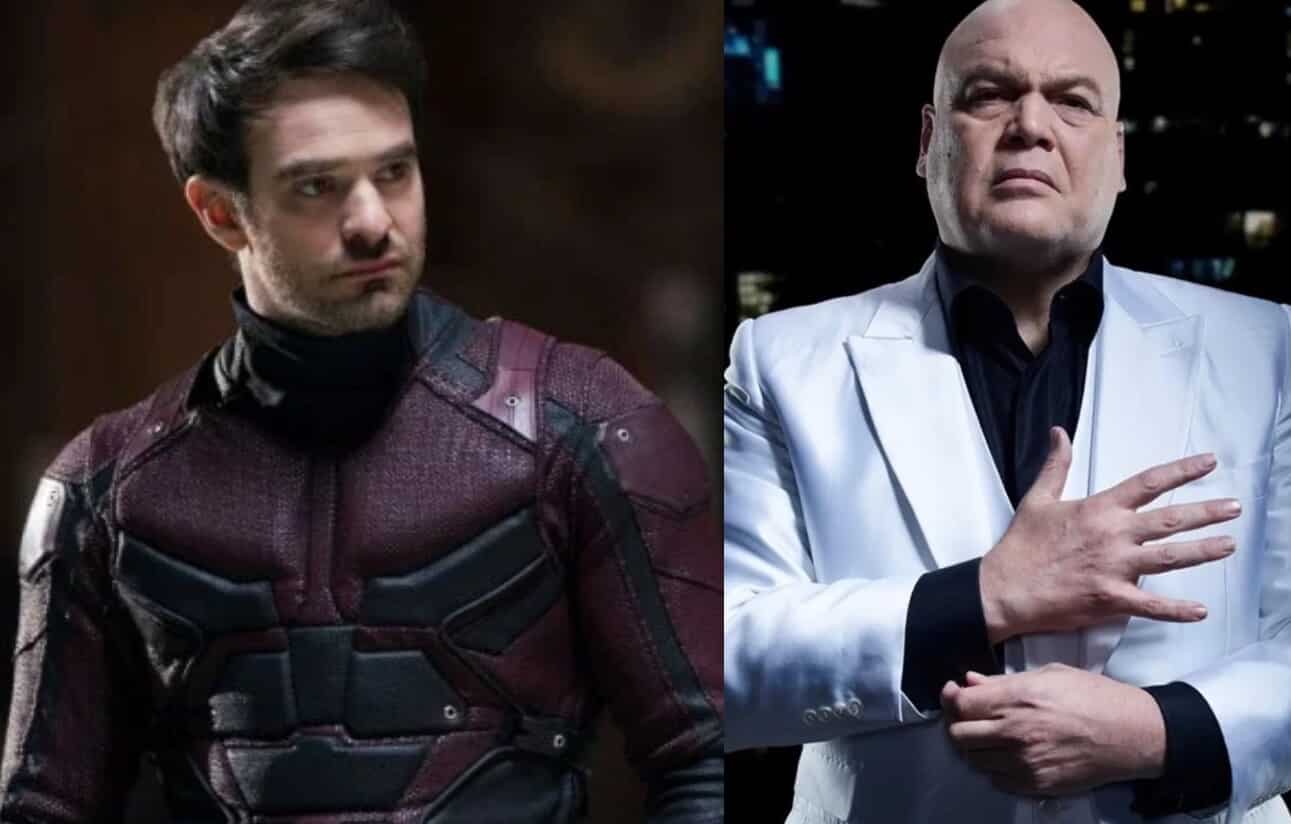 It’s been a year since Netflix dropped Season Three of Daredevil. And since that time, they have canceled all of their Marvel originals. Nothing can be done with those characters for a few more years since Netflix still has a contract with them. But as soon as they’re ready, strong rumors say that Charlie Cox and Vincent D’Onofrio might show up in the MCU as Daredevil and Kingpin respectively.

Take these rumors with a heavy, heavy grain of salt, though. They come from the site that promises they have things covered. We Got This Covered is known for pushing out multiple rumors in a day. More than likely, they make them up themselves. But it’s still interesting that these actors could be considered to reprise their roles.

We Got This Covered reported two separate rumors. One is that Charlie Cox could be coming to the MCU, reprising Matt Murdock from the Netflix series. This aligns with earlier rumors that he would help Peter Parker clear his name in Spider-Man 3. And their other rumor is that Vincent D’Onofrio could reprise Wilson Fisk from the same show. This would align with the actor rallying fans on Twitter. Though, he won’t be doing much rallying as he’s threatened to quit the social media site.

It’s been made apparent that the Netflix shows (or any of Marvel Television’s shows, really) do not exist in the MCU. When the studio began with Agents of SHIELD, the intent was to coincide with the cinematic universe. And though they made several referrals to the movies, the movies did not return the favor. That was until James D’Arcy from Agent Carter played a cameo in Avengers: Endgame. But to prove they really are ignoring the shows, Kevin Feige announced that Luke Cage‘s Mahershala Ali would be playing Blade at the possible start of Phase 5.

Charlie Cox and Vincent D’Onofrio were well-beloved in their roles. Most fans prefer them over Ben Affleck and Michael Clarke Duncan. So if Marvel Studios were to add these heavy hitters to their roster, then there wouldn’t be any justice in Hell’s Kitchen if they went with newer actors.

Spider-Man 3 will swing into theaters on July 16th, 2021. If Cox/Murdock and D’Onofrio/Fisk were to return any time soon, there would be a good place to do so. For any confirmation of this actually happening, stay tuned to Screen Geek.