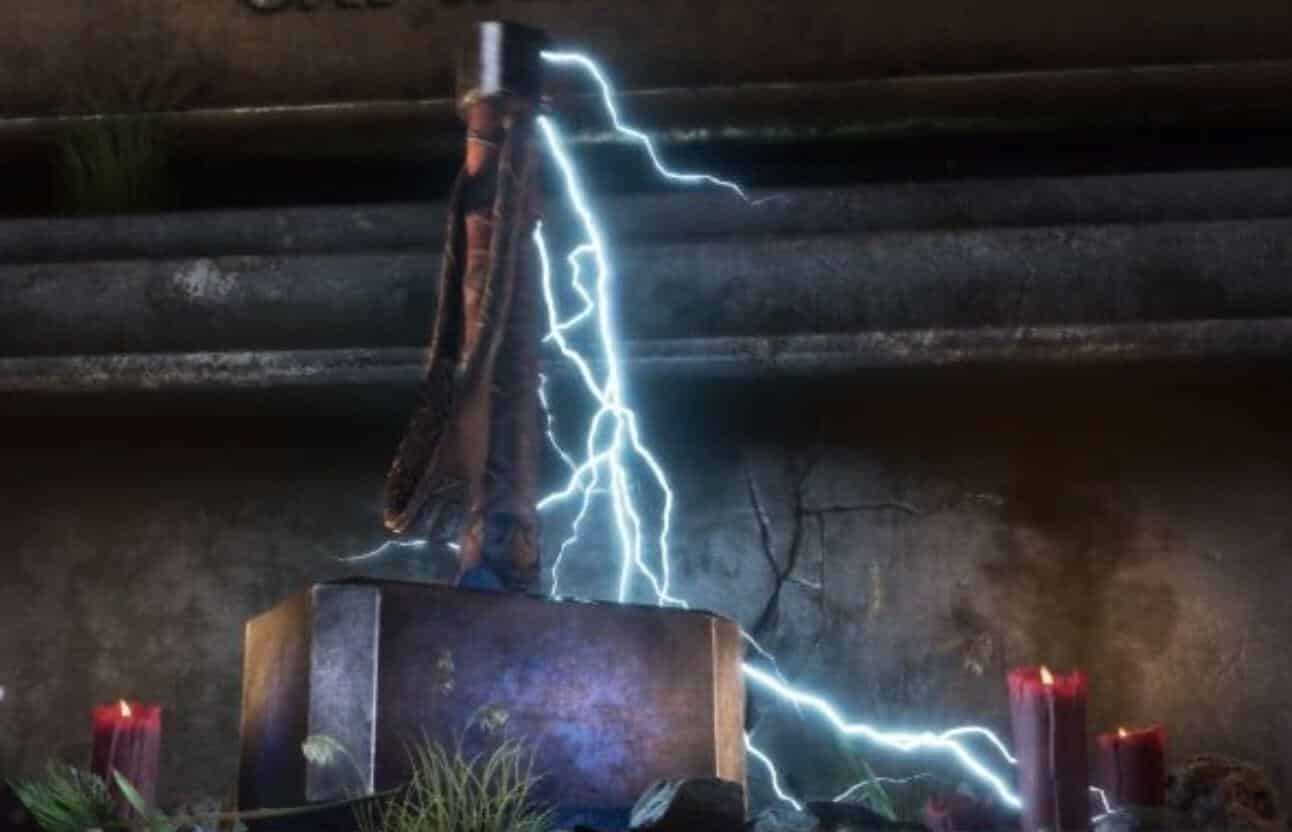 Square Enix will release a new Avengers video game next summer. The anticipated game will introduce a new story about Iron Man, Thor, Captain America, Black Widow, and others. To hype this new story, the game’s Twitter account posted some developments of Thor’s involvement. And just as time and again in the Thunder God’s eternal life, he’s become “unworthy.”

In the initial footage of the game, you can see Mjolnir sitting in front of a statue of Captain America. Now, this cover of Journey Into Mystery #83 has been tweeted.

In Marvel's Avengers, Thor is taught a similar lesson after the events of A-Day when he witnesses Captain America go down with the Chimera helicarrier. He leaves Mjolnir at Cap's statue due to feeling unworthy of it.

The comic was the first appearance of Marvel’s version of Thor. And along with the cover, Marvel’s Avengers had some additional things to say.

“In Marvel’s Avengers, Thor is taught a similar lesson after the events of A-Day when he witnesses Captain America go down with the Chimera helicarrier. He leaves Mjolnir at Cap’s statue due to feeling unworthy of it.”

When Thor was deemed “unworthy” before, it was usually by his father, Odin. Times before, others had achieved the worthiness and drew the hammer to morph into Thor. In Journey Into Mystery, it was Dr. Donald Blake. There was an Easter Egg of this in the first Thor movie. In Avengers: Endgame, Steve Rogers finally lifted the hammer. But he remained Captain America. And recently, in the Mighty Thor comic, Jane Foster became worthy. Such storyline will be adapted in the upcoming Thor: Love and Thunder. But in this new story that you will play out in the game, Thor has deemed himself “unworthy.”

“Marvel’s Avengers begins at A-Day, where Captain America, Iron Man, Hulk, Black Widow, and Thor are unveiling a hi-tech Avengers Headquarters in San Francisco — including the reveal of their own helicarrier powered by an experimental energy source. The celebration turns deadly when a catastrophic accident results in massive devastation. Blamed for the tragedy, the Avengers disband. Five years later, with all Super Heroes outlawed and the world in peril, the only hope is to reassemble Earth’s Mightiest Heroes.”

You can play Marvel’s Avengers on PlayStation 4, Xbox One, PC, and Google Stadia on May 15th, 2020. But not Nintendo Switch as of yet. For further news in the realm of Marvel, stay tuned to Screen Geek.