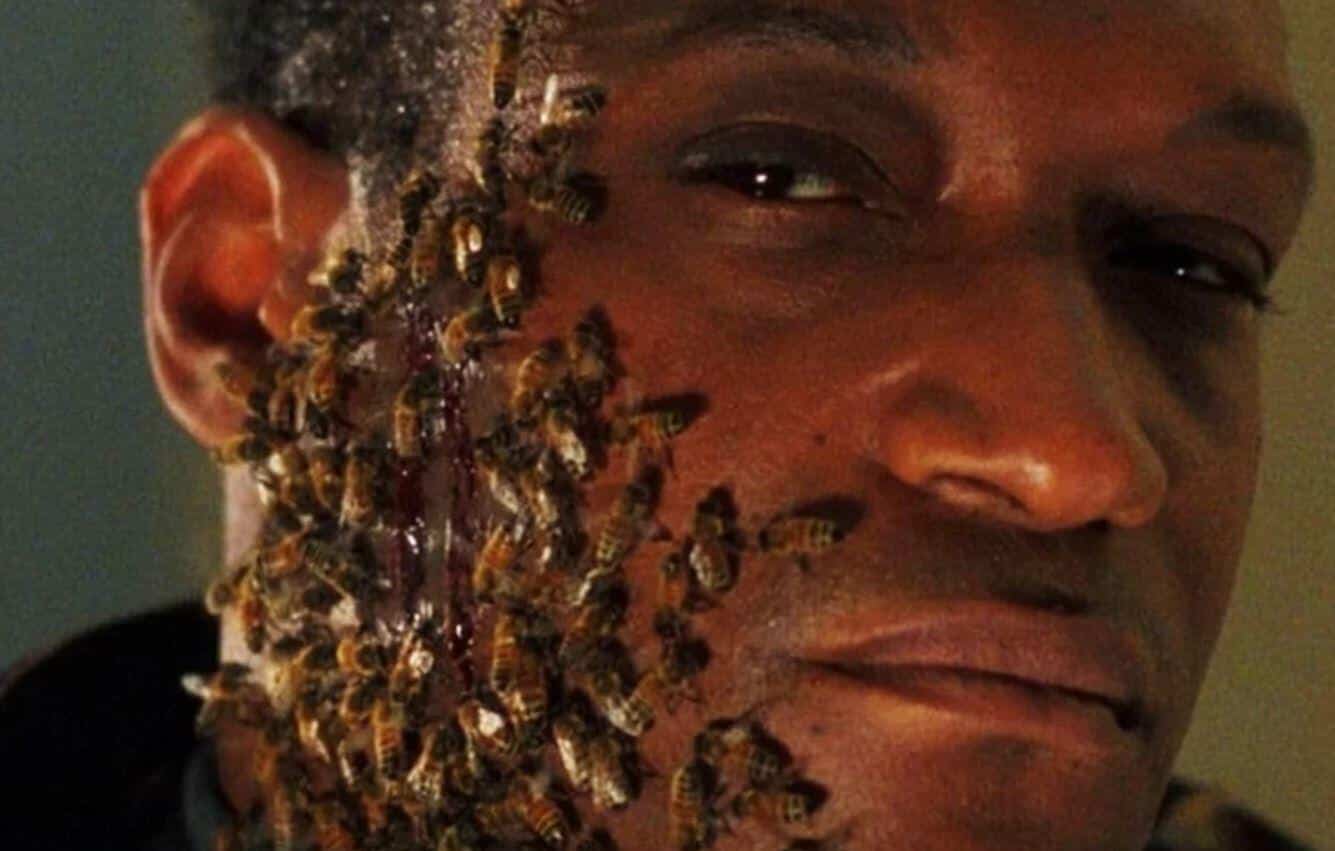 The 1992 horror classic Candyman based on the works of Clive Barker has been on everyone’s minds lately. The movie is the basis for an upcoming spiritual successor from producer Jordan Peele, the director of Get Out and Us. And if that’s not exciting enough, the movie is also suggested to have some kind of involvement from original Candyman actor Tony Todd who has since become a horror legend in more ways than one.

Now, if all of this has had you in the mood to rewatch the original film, you’re in luck. The original Candyman is now available on Netflix!

Skeptical graduate student Helen Lyle (Virginia Madsen) befriends Anne-Marie McCoy (Vanessa Williams) while researching superstitions in a housing project on Chicago’s Near North Side. From Anne-Marie, Helen learns about the Candyman (Tony Todd), a knife-wielding figure of urban legend that some of her neighbors believe to be responsible for a recent murder. After a mysterious man matching the Candyman’s description begins stalking her, Helen comes to fear that the legend may be all too real.

If you’re curious about what’s happening with the latest Candyman film, here’s what director Nia DaCosta previously stated regarding the possibility of Tony Todd being replaced as the lead antagonist.

“Well, it’s been slightly misreported,” DaCosta previously stated. “I can’t say what’s happening in the film because we want it to be a surprise, but he’s not replacing Tony Todd. That’s been reported, and I was just like, “I don’t know what to say about this. This is not right.’”

It’s obvious that the new film is going to be extremely careful to respect the original, which is all the more reason to catch up and see it while production rolls on the new installment. It’s a great time to be a Candyman fan.

In the new Candyman film from Nia DaCosta and Jordan Peele…

“The new movie returns to the neighborhood where the legend began: the now-gentrified section of Chicago where the Cabrini-Green housing projects once stood.”

Are you excited that the original Candyman film is on Netflix? What’re your expectations for the upcoming spiritual successor? Let us know in the comments section down below!