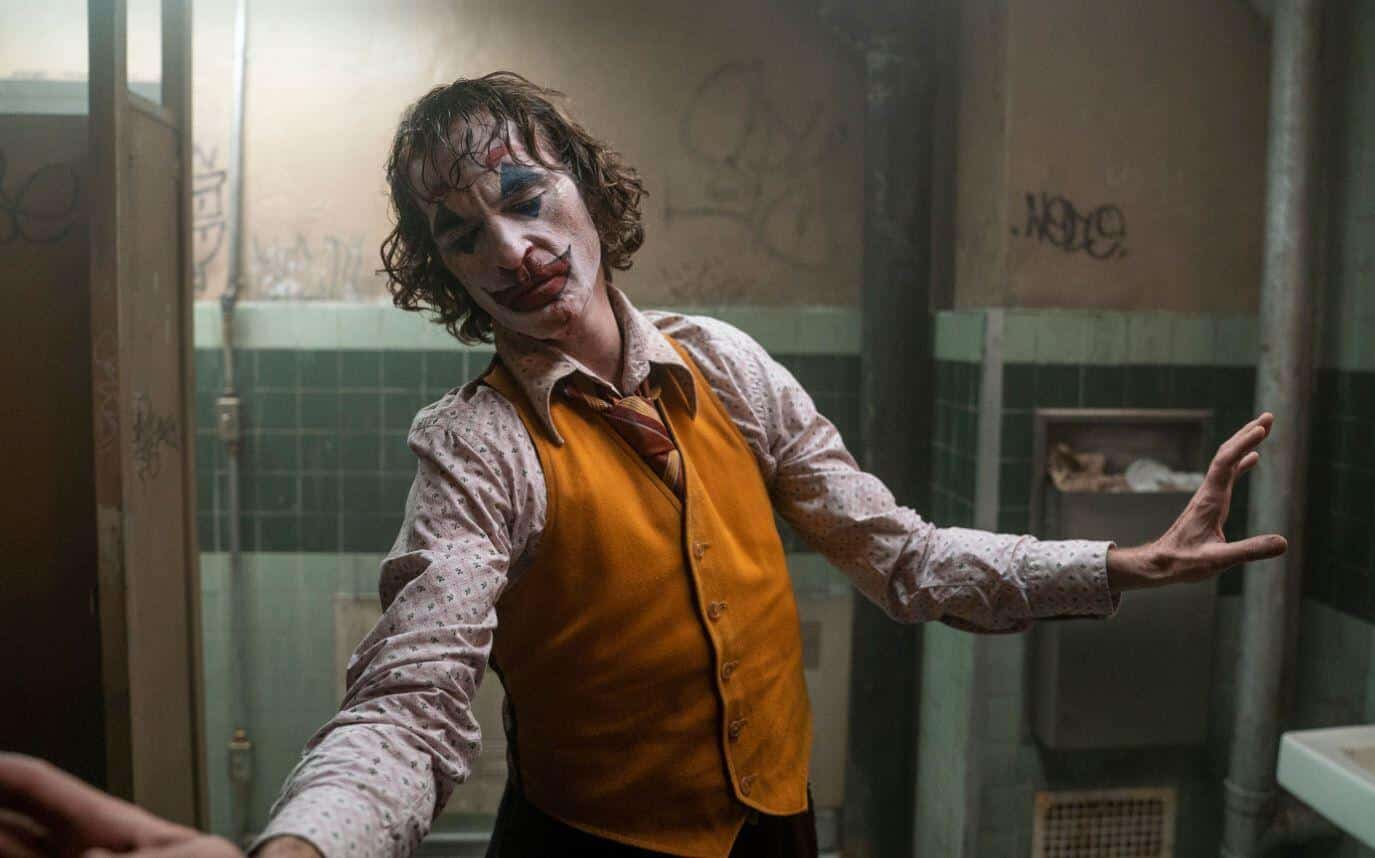 Joker from Warner Bros, Todd Phillips, and Joaquin Phoenix is in theaters now. As you can tell from the trailers and hub-bub, the film is actually quite dark and disturbing. For the opinion of one Screen Geek writer, check out our official review. If you haven’t watched the movie yet, I will warn you of possible spoilers in this article. Because we’re going to discuss the ending, and the events leading up to it.

In an interview with the Los Angeles Times, director Phillips spoke about the ending and the ambiguity it serves the film.

“There’s a lot of ways you could look at this movie. You could look at it and go, ‘This is just one of his multiple-choice stories. None of it happened.’ I don’t want to say what it is. But a lot of people I’ve shown it to have said, ‘Oh, I get it — he’s just made up a story. The whole movie is the joke. It’s this thing this guy in Arkham Asylum concocted. He might not even be the Joker.’ ”

Throughout the character’s publication history, there has been this “multiple choice” for his origin. Many point to Alan Moore’s Killing Joke. And there will be Three Jokers from Geoff Johns. In which, there are three different people that have served the role as the title suggests. And to further explore the character, there’s Sean Murphy’s White Knight series and Scott Snyder’s Batman Who Laughs. Although, that latter is actually an alternate version of Batman.

But as far as this movie goes, there’s a multiple-choice inside the life of Arthur Fleck. As the film progresses, you learn not to trust what you see. What is real and what is not becomes a grey line.

There are the moments when he’s on the Murray Franklin show. At the scene at the beginning of the movie, you know that’s a fantasy. But what about the scene at the end? When Phoenix was on Jimmy Kimmel Live, Kimmel tells the actor he’s a little afraid of him now. I had to think about Kimmel’s words again after I watched the movie. Sure, someone could be afraid of a psychopath like Joker. But a talk show host has a very good reason to fear Arthur Fleck.

Though, Phillips suggests that the whole movie could be a fantasy. The whole stretch could have existed in Fleck’s head at Arkham Asylum. There was a point when his therapist mentions his time at the hospital. By the end, he went back due to killing Robert DeNiro’s character. But perhaps he never left.

To further explain his suggestion, and the character’s signature laugh, Phillips said,

“That laugh in that scene is really the only time he laughs genuinely. There are different laughs in the movie. There is the laugh from Arthur’s affliction and then there is his fake laugh when he’s trying to be ‘one of the people,’ which is my favorite laugh. But at the end, when he’s in the room at Arkham State Hospital, that’s his only genuine laugh in the movie.”

I don’t know about you, but I’m still scratching my head over the events of the film. Some have made up their minds about what they think. But I’m still in limbo. In any case, I do hope Phoenix earns his Oscar. And contrary to the opinion of our official review, I think Phillips could get a Best Director Oscar as well.

Stay tuned to Screen Geek for the ambiguous thoughts of our various writers here. You may think you’ve read the same article elsewhere. But I promise you, we offer our own shade. And yes, our shade could be ambiguous too.