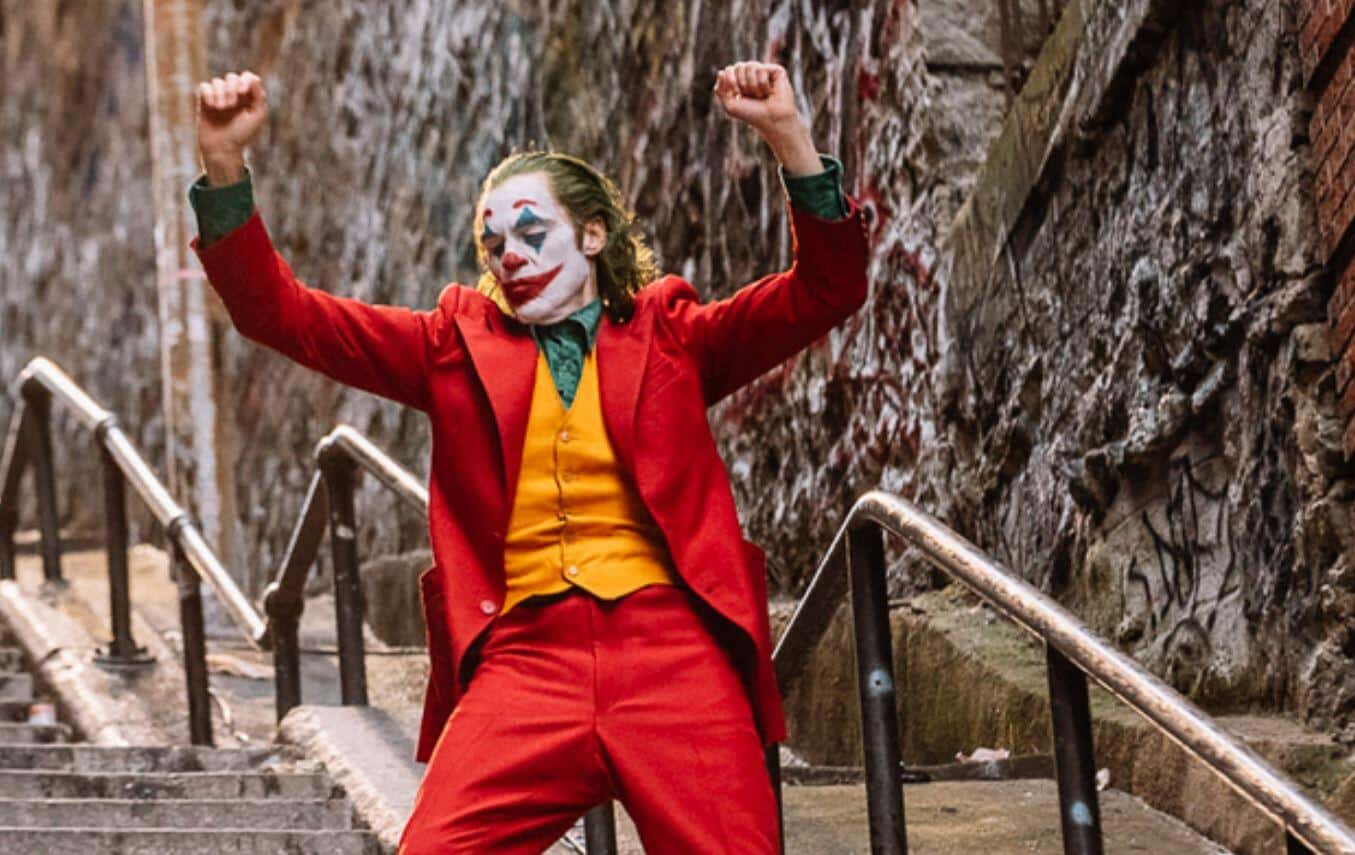 It’s not a spoiler to say that Joker liked to dance. The marketing piece was all over the trailers. In the new movie starring Joaquin Phoenix, Arthur Fleck was only felt at peace when he did his creepy jigs. And at a climactic point in the movie, he danced to “Rock and Roll Part 2” by Gary Glitter. Though the title and artist may not sound familiar, I’m sure you’ve heard it. The song is played at many sporting events and other types of media. It’s mainly an instrumental track, where the only vocals are “hey!” But it’s those marching band instrumentals that make it easily recognizable. So to rack up more controversy for this film (as if it doesn’t have enough), people are up in arms about this song choice. Evidently, Gary Glitter is a convicted pedophile.

A few tweets show the outrage over using such a song.

I’m of two minds about this, to be frank. On one level, the film’s provocations are deliberately juvenile, bordering in on trollish.

In actuality, the most morally questionable aspect of the film is the use of a Gary Glitter song, and the film is well aware of this. pic.twitter.com/h25dHrc4js

Outrage is a currency both within and outside the film, “Joker” consciously dancing up to the line and stopping short.

Hell, the film features a conversation about whether the character belongs in mass media in the (film’s) current frought political climate. pic.twitter.com/2nGCduASkC

Glitter was charged in 1999 for possessing child pornography. And while his trial dug into his dirt, it was discovered that the musician once performed sexual acts on a girl under the age of thirteen.

The outrage over Glitter’s song in Joker builds on the fact that child abuse is a major plot point for the film. So to use the song at a climax where Fleck feels most at peace, moviegoers started scratching their heads.

Yeah, that’s something that makes you think. It’s a wonder why director Todd Phillips actually used this song. Perhaps he used it for its recognizable melodies and knew he could synch the beats and “heys” of the track to Phoenix’s kicks. Though, in a movie that strives on metaphors and deeper meanings, it’s easy to see where people drive to conclusions. Was it deliberate that Phillips used a song by a pedophile to troll his “woke” audience? I could point out further conclusions, but those would be spoilers.

But any way you want to look at it, any press is good press. People will hear about this, and grow curious. If they haven’t already (which from the box office records the movie already set, I’m surprised any hadn’t), then they’ll check it out to see if they can draw any conclusions for themselves. Sure, people may boycott the film just because of one song that was used. But I see more curious people than stubborn ones.

I don’t need to tell you that Joker is in theaters now. But it is. Stay tuned to Screen Geek for further news on the flick, and anything else on the screen for geeks to watch.