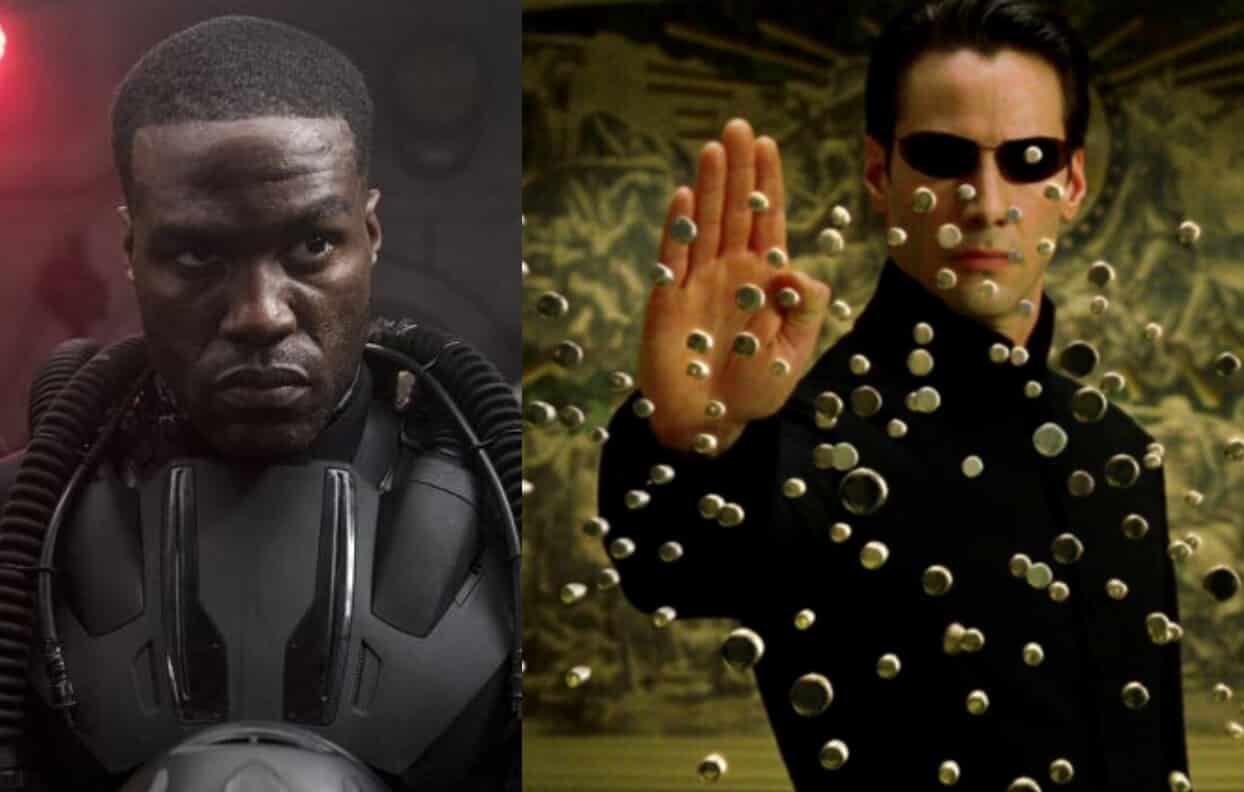 With the success of John Wick, it looks like Keanu Reeve’s popularity has sparked some of his older franchises. Bill and Ted Face the Music will arrive next year. And recently it was announced that The Matrix will be revived. Reeves and Carrie-Anne Moss are set to reprise their roles. And Lana Wachowski will be back in the director’s chair. Now, they’ve announced a new player in the mix. Aquaman‘s Yahya Abdul-Mateen II has been cast in The Matrix 4.

Variety reported that Mateen will join the cast of the upcoming film:

“Sources tell Variety that director Lana Wachowski met with actors for the secret role over the last week and in recent days, Abdul-Mateen emerged as the frontrunner to join Keanu Reeves and Carrie-Anne Moss, who will be reprising their roles in the film.”

As Matrix is a property of Warner Bros, Mateen had already helped the studio garner some success. Aquaman earned at least a billion dollars last year. Mateen played one of the villains for the film. And his armored Black Manta looked pretty loyal to the comics.

Mateen has a few successful credits under his belt. He starred alongside Hugh Jackman in The Greatest Showman. And he appeared in Jordan Peele’s Us. He will also play in another DC property as Cal Abar in HBO’s Watchmen continuation.

The Matrix 4 will start production in early 2020. The original trilogy was pretty successful. And with the updated technology, it will be a wonder what this new film will look like. Before the film was officially confirmed, rumors pointed at Micheal B. Jordan having a role. Though he was looked over in Fantastic Four, the actor proved himself with Creed/Creed II and Black Panther. Therefore, he would also make a nice addition.

Although there’s no official date, Matrix 4 is set for sometime in 2022. Stay tuned to Screen Geek for further developments on the upcoming and long-awaited film.