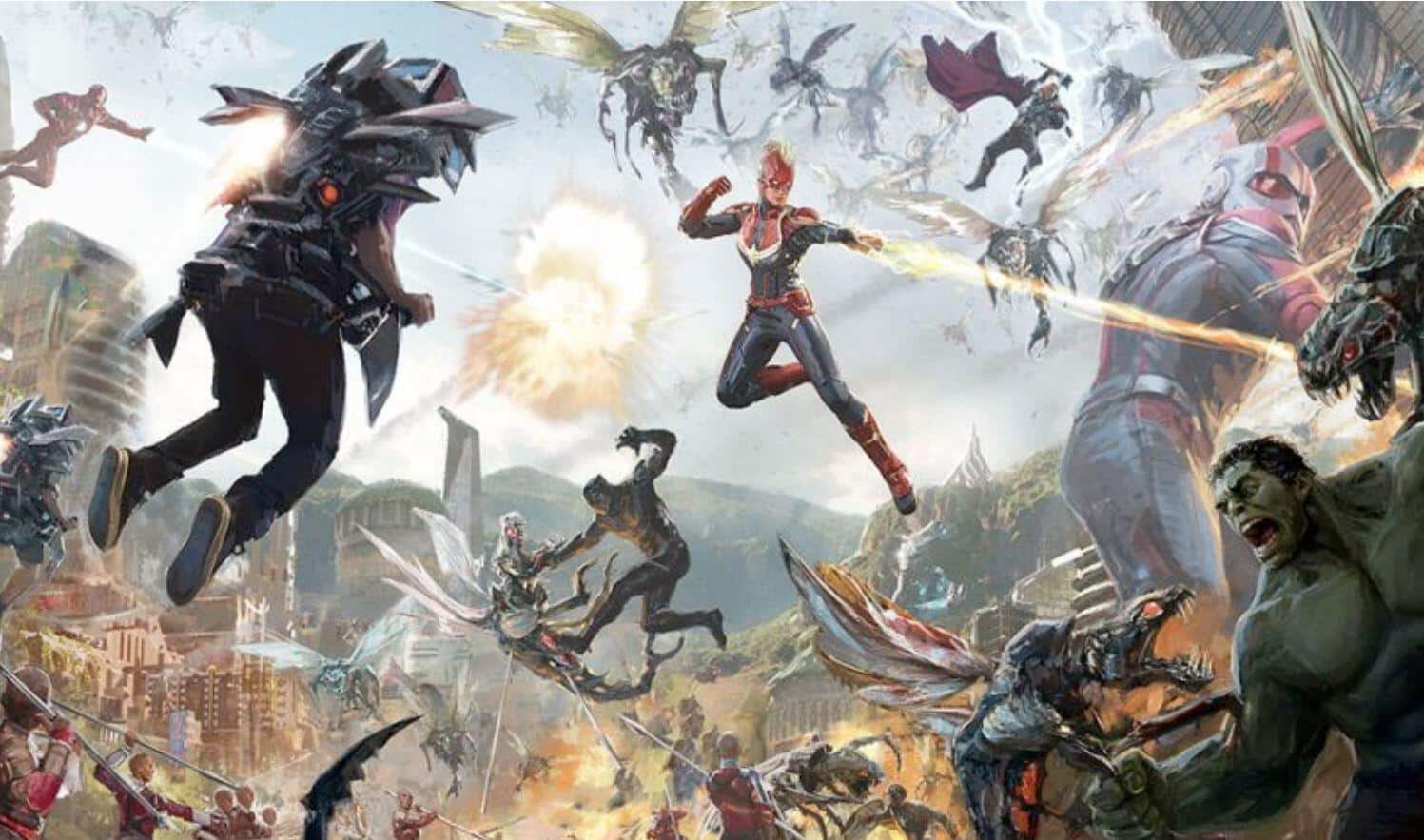 Martin Scorsese said that Marvel movies are like “theme parks.” But what about these rides at theme parks? It’s looking like they will actually put you in the movies. The Void will offer a VR experience called Avengers: Damage Control. And now, Disneyland has a ride that looks to rival what The Void offers for the Avengers. In their Avengers Campus parks, they will include an Avengers ride that will put you right in the action.

Blog Mickey described Disney’s newest ride at their upcoming Avengers Campus. The Portfolio Creative Executive at Walt Disney Imagineering, Scot Drake, visited with fans at this year’s New York ComiCon. He said that when guests enter Avengers Headquarters, they will be able to aboard a Quinjet. On such, they will be taken on their own individual flight.

Along with Drake’s words was said concept art.

Drake also said that this will be “completely unique (and) something that we’ve never seen before.” But if fans experienced Avengers: Damage Control, will this be unique yet from that? Drake further explained the ride and something called E-Ticket.

“This shows how much we’re pushing the envelope. This is a keyframe of just one of the concepts, a major E-ticket attraction. For us, an E-ticket is our highest level of thrill and immersion and ride systems all coming together, and we’re delivering on The Avengers, of course. The Avengers deserves big, epic innovation and storytelling, putting us right in the middle of the action. We all want to be a part of that team, and in this attraction, we’re going to deliver on that.”

Earlier this year, Disney unveiled a Star Wars park at both Disneyland and Disney World. The featured attraction was a ride where you could pick different positions aboard the Millenium Falcon. So with Disney’s other acquired license, I guess they want to upstage their last hurrah.

Disney will start with placing Avengers Campuses at their Disneyland locations in California and Paris. So those who prefer Disney World in Florida will have either wait for a bit or buy a plane ticket elsewhere. According to Wikipedia, Avengers Campus will arrive at Disney California Adventure in 2020, Walt Disney Studios Park in Paris sometime around 2021, and Hong Kong Disneyland in 2023.

For more on what Disney has to offer for both Marvel and Star Wars, stay tuned to Screen Geek.