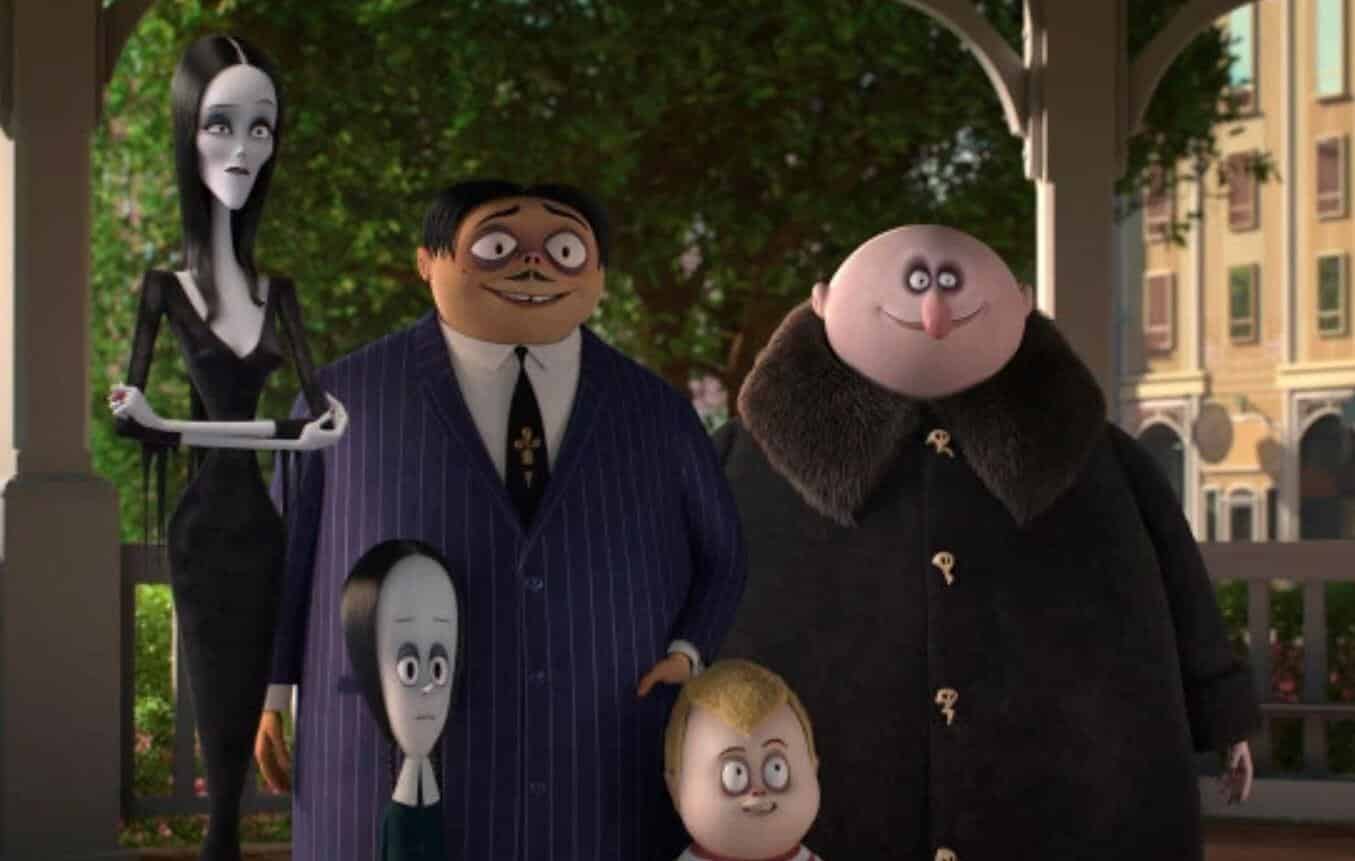 Between the unique gothic charm of its 1960’s sitcom and the macabre sensibilities of its 90’s films, The Addams Family has made a strong impression with audiences due to the delightfully offbeat family dynamic at its core. Now being remade and repackaged via animation for a family audience, this latest Addams adventure is able to find its own distinct pleasures while still staying true to the heart of its source material.

This iteration of The Addams Family follows Gomez (Oscar Isaac) and Morticia Addams (Charlize Theron), who raise their kids Wednesday (Chole Grace Mortez) and Pugsley (Finn Wolfhard) in isolation while practicing a lifestyle that embraces all things creepy and spooky. When Margaux (Allison Janey), an obsessive extreme makeover TV star begins to interfere with their lives, the Addams family is forced to go face to face with the outside world they’ve ignored for so long.

Mixing the Addams gothic aesthetic with the sugary artifice of animated fare sounds like a disaster on paper, but credit to the team behind this project for threading a delicate balance between the two. Directors Conrad Vernon and Greg Tiernan craft a film that bustles with lively visuals, constantly throwing out-of-the-box gags at the screen with glee. Thankfully, much of these gags embrace the cooky nature of the Addams, rarely objectifying the characters to pandering gags that appeal to its family audience. Whether it’s Pugsley’s penchant for explosives or Uncle Fester earnestly falling into pratfalls, there’s plenty of creative gags that fill the film’s dense 87 minute run time.

While most star-filled animated efforts reek of actors cashing in, the voice cast here approaches their roles with the utmost sincerity. Oscar Isaac and Charlize Theron disappear into their roles as the leaders of the Addams clan, with both capturing the respective charms that make the characters so endearing. Nick Kroll continues his voice over brillance as Uncle Fester, with his ability to score easy laughs being par for the course for him. Along with Mortez and Wolfhard’s performances as the Addams children, the voice cast does a great job of capturing the offbeat, yet genuine family dynamic at the core of this material.

Even with this film successfully capturing the spirit of its source material, the screenplay can’t help but feel cookie-cutter for the genre. There are some clever story elements sprinkled throughout (the generic town is called assimilation), the story beats are very much akin to the standard animated fare audiences are used to seeing. It’s a bummer to see such a wonderfully eccentric cast of characters stuck in a lifeless narrative, with audiences likely left hoping the plot beats breeze by to get to the gags.

Thankfully, The Addams Family has enough cooky energy to compensate for its familiar presentation, making for a spirited revamp of the series for fans and newcomers alike.