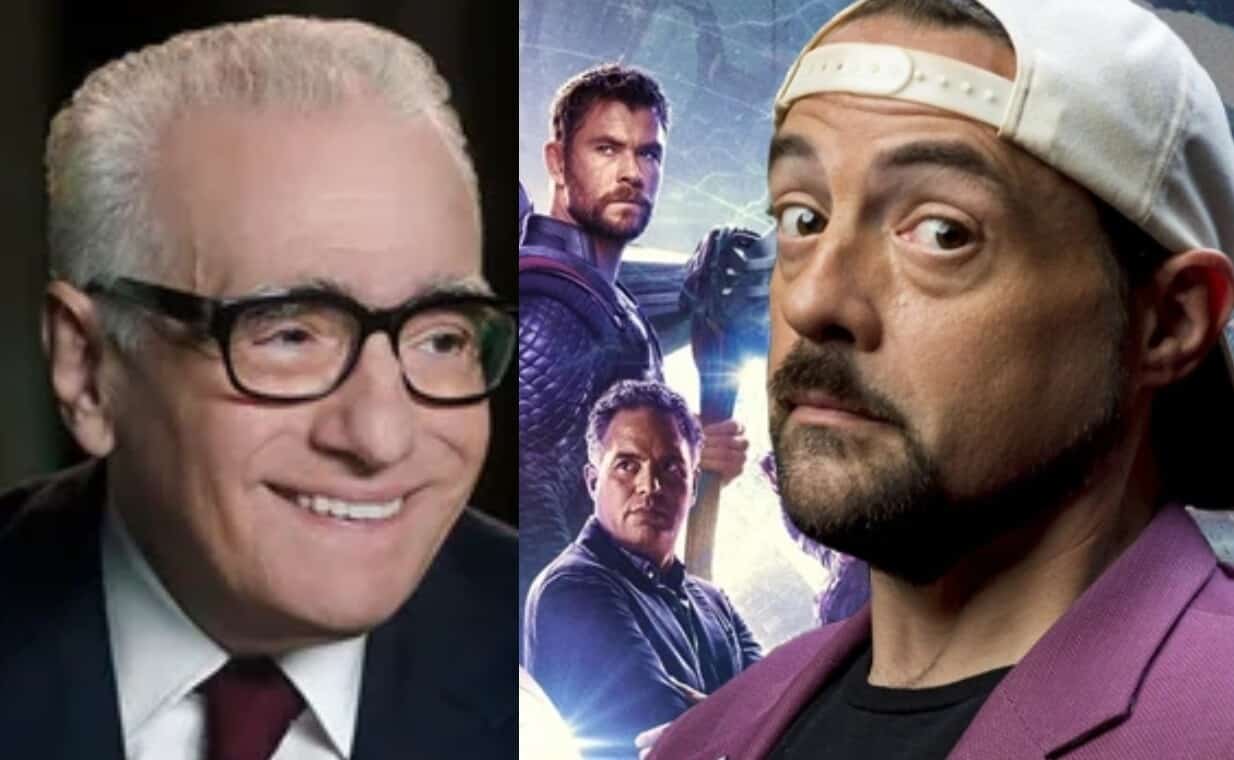 Martin Scorsese recently made himself a target of every Marvel fan out there when he criticized the Marvel Cinematic Universe. He stated that Marvel’s films simply were “not cinema”. Obviously, such a statement is bound to prompt a response from anyone who reads it. And the latest celebrity to give their two cents is none other than director Kevin Smith.

Kevin Smith was recently being interviewed by Yahoo Entertainment! and mentioned the Martin Scorsese quote while there discussing his upcoming Jay and Silent Bob Reboot. He decided to try and make sense of Scorsese’s comments, and explain why he may feel that way regarding Marvel’s films.

“Martin Scorsese has made such wonderful movies. He’s been doing the job since I was a kid. I’m not going to sit and be like, ”I know better than him.” That’s his feelings.

Kevin Smith also recently spoke with The Hollywood Reporter, and gave a more in-depth statement regarding Scorsese and why he may feel as he does.

“My feeling is, Martin Scorsese never sat in a movie theater with his dad and watched the movies of Steven Spielberg in the early ’80s or George Lucas in the late ’70s. He didn’t feel that sense of magic and wonder. I can still step into one of those comic book movies, divorce myself of that fact that I do this for a living, release, and my dead dad is back for a minute, for two hours. And it’s personal for a lot of the audience. You know, and we’re not arguing whether or not it counts as cinema.”

“I guarantee you there’s something he enjoyed with his parents, like a musical — I bet you some cats would say, ‘A musical is not really cinema,’ but Martin Scorsese grew up on musicals, and I bet they mean a lot to him. These [Marvel] movies come from a core. They come from a happy childhood. And they’re reflections of a happy childhood. He’s not wrong, but at the same time, neither are we for loving those movies. And they are cinema.”

Obviously film is subjective, and there’s no right or wrong answer when it comes to Marvel and their place in cinematic history. We all have our opinions, and Martin Scorsese stated his. Kevin Smith has offered an interesting new way to look at them, and despite any differences, all we can do is the same and move on.

How do you feel about Kevin Smith’s statement regarding the Martin Scorsese debacle? Do you agree with his thoughts? Let us know in the comments section down below!