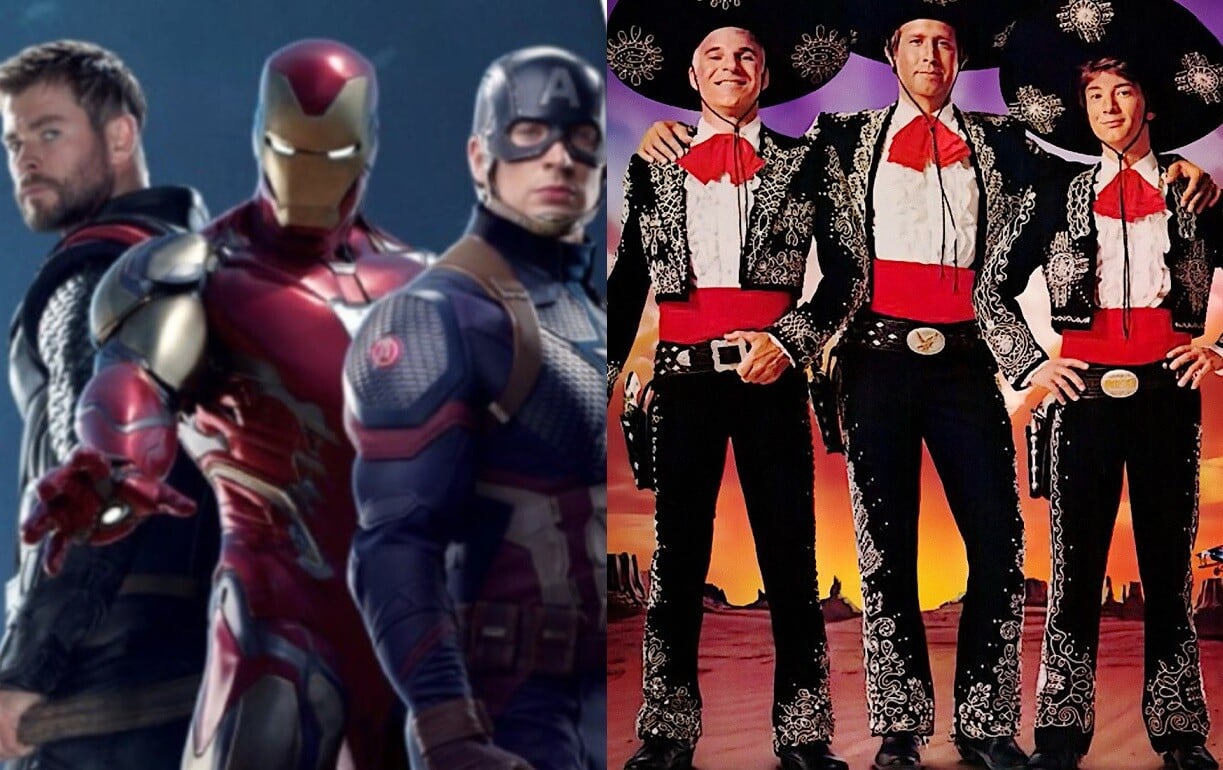 Chris Hemsworth made an appearance at Rosemont, Illinois’s ACE ComiCon this past weekend. While serving on a panel, he was asked his thoughts on Captain America wielding his hammer. Hemsworth got into character just as fans expected him to. While his Thor character acted like he was upset over the situation, Hemsworth said he missed Chris Evans already. And so, he suggested that he, Evans, and Robert Downey Jr could reunite for a Three Amigos remake.

ComicBook.com said that Hemsworth answered another question about his Marvel tenure. He was asked if he would ever reunite with his Avengers co-stars.

“Absolutely. I would love to. That was so sad about kind of finishing Endgame, was just ‘Were we ever going to get to hang out again?’ And I immediately started thinking ‘What else could we do?’ And I’d love to. We could remake the Three Amigos! or something.”

Three Amigos was a 1986 Western Comedy starring Chevy Chase, Steve Martin, and Martin Short. The film has since become a cult classic. And it also learned me the word, “plethora.” Evans, Hemsworth, and Downey may not be the comedy legends Chase, Martin, and Short are. But they’ve become legends in their own right. And while they’re handed comedic lines in the Marvel movies, they have actually starred in other hilarious movies.

ComicBook.com also said that Evans made comments earlier about wanting to reunite with Hemsworth. Though, his suggestion was an 80s-style buddy flick.

“We had too much fun together, and truly like kids in school, we were separated because we couldn’t get shit done. I would love to do one of those ’80s buddy comedies, where we could shed the characters we are known for.”

Hemsworth has at least one more movie for his Marvel role in Thor: Love and Thunder. Though, it looks like Evans and Downey have already moved on. Evans will co-star in a whodunnit mystery called Knives Out, alongside Daniel Craig, Michael Shannon, Jamie Lee Curtis, and many others. And Downey will reunite with Tom Holland in a Dr. Dolittle adaptation that looks to be a little closer to its source material than the Eddie Murphy movies.

As far as the original Three Amigos, Short and Martin have a comedy special on Netflix. And Chase did a stint as a geriatric student in Community. Also, he and Beverly D’Angelo reprised the Griswold parents in 2015’s Vacation. And I’m pretty sure Short is the Skeleton on this season of The Masked Singer.

Thor: Love and Thunder is slated for November 5th, 2021. Knives Out will release on November 27th of this year. And Dolittle has been announced for January 17th, 2020. For news on if and where this generation’s three amigos will reunite, Screen Geek will let you know.