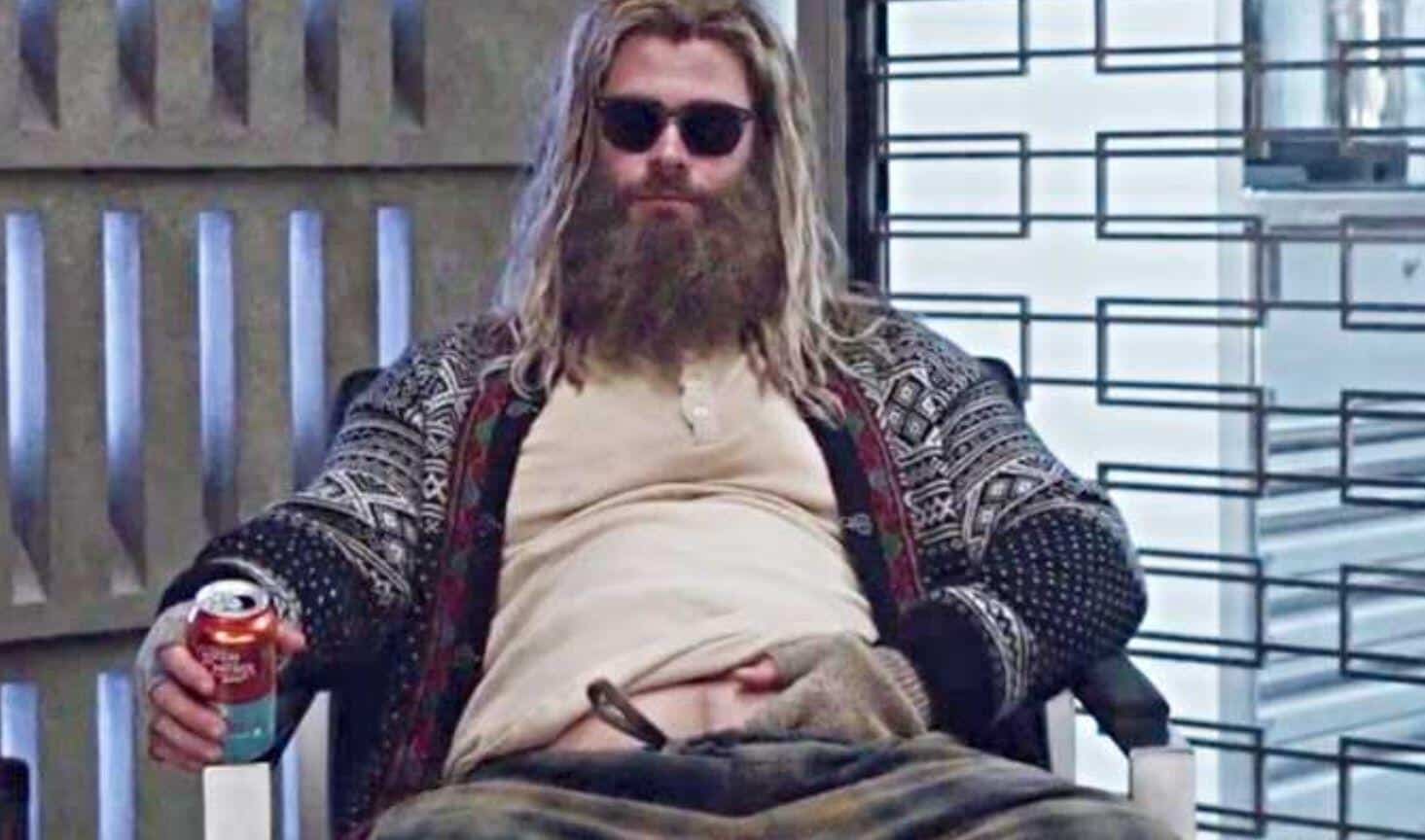 One of the most surprisingly funny moments in the highly popular Avengers: Endgame was the inclusion of “Fat Thor”. The new interpretation of the iconic superhero presented him in a more laidback, sluggish look which appropriately complimented the depression he faced following the events of Infinity War. And since his new look followed throughout the duration of Avengers: Endgame, many fans have been curious if he’d continue looking that way in Taika Waititi’s upcoming film Thor: Love and Thunder. Read below for the “Fat Thor” possibility for an appearance in Thor: Love and Thunder!

Apparently, it seems, writer and director Taika Waititi himself doesn’t yet know the answer to the “Fat Thor” possibility. He’s still hard at work with writing the screenplay for the new sequel. He’s therefore revealed that there are still ongoing meetings with Marvel to determine just how Thor’s physique should be portrayed in the upcoming movie.

As he explained while speaking with Yahoo:

“This is an ongoing debate that we’re still having at Marvel. Because we’re trying to figure out how long — how many months or years — this is after Endgame, at what point does this take place?”

Of course, it’s likely that we’ll get some kind of “Fat Thor” references if not just to keep the continuity going and help transition things after Avengers: Endgame. But that doesn’t mean he’ll carry that appearance throughout the entire film – he’ll likely end up looking as his old, muscular self at some point again.

It looks like we’ll just have to wait to get a better idea with how Thor will be portrayed, as well as the other plot details for Thor: Love and Thunder. Until then, stay tuned for more information as we get it.

How would you feel about the “Fat Thor” possibility in Thor: Love and Thunder? Should they drop the idea or carry the joke forward? Let us know in the comments section down below!