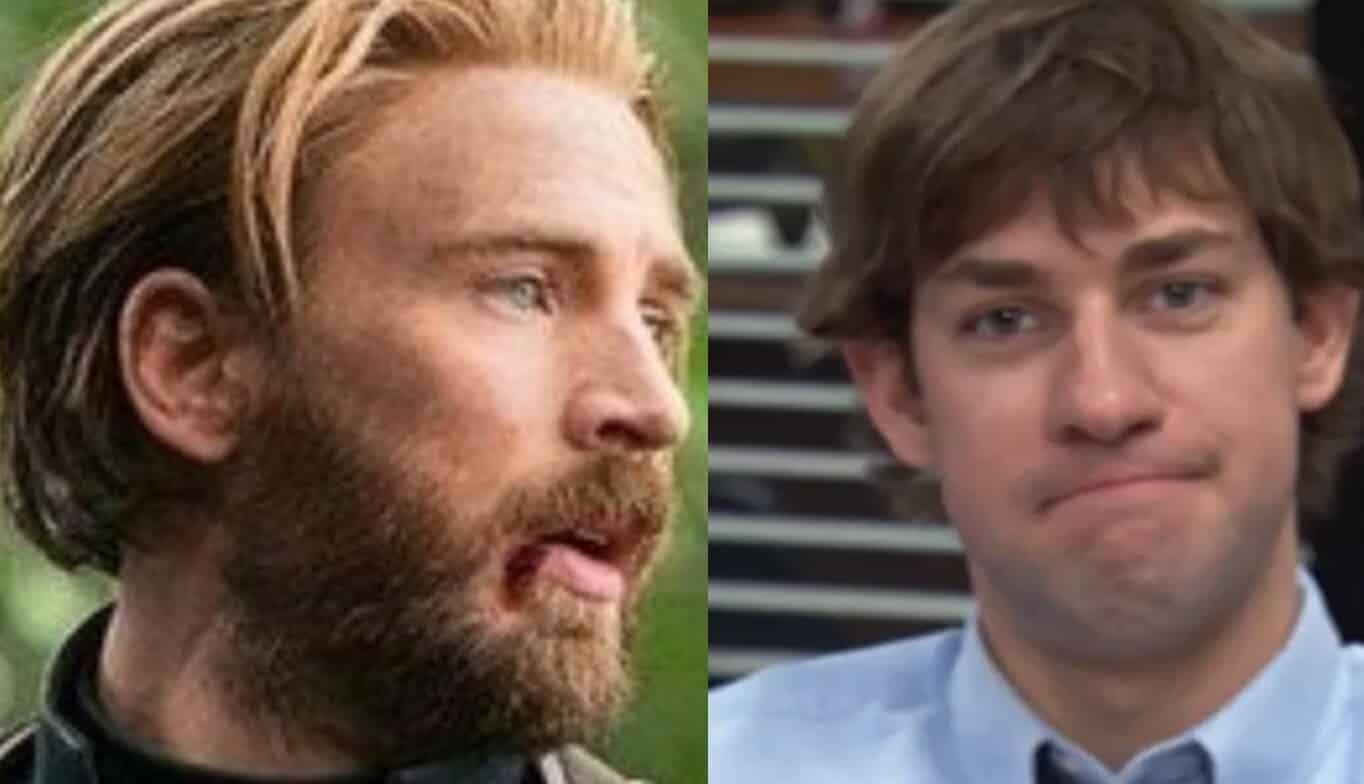 Chris Evans has churned out a great run as Steve Rogers in the MCU. And Avengers: Endgame played out a great swan song for his long-running character. It’s almost easy to forget that he played a Marvel hero before Cap. But imagine if Marvel said one was enough. John Krasinski from The Office, A Quiet Place, and Prime’s Jack Ryan auditioned for the title role of Captain America: The First Avenger. Obviously, he didn’t get the part. His career has been rather prolific in lieu of the role of a lifetime. Yet, he still blames Evans for “robbing” Cap from him.

Krasinski is currently raising money for Family Reach. The non-profit organization supports the families of cancer patients. For his fortieth birthday, the actor started a Venmo campaign for the organization. In doing so, he @ Chris Evans by calling him out for stealing the role.

Alright getting into the afternoon here and this donation train keeps a rollin! Hey @ChrisEvans remember when you robbed me of the role of Captain America?… time to pay up? #JKbday @familyreach https://t.co/POUGm6qJRg

Evans was honorable enough to donate. But he didn’t do so silently. He responded to Krasinki’s tweet with a gif of Jim Halpert.

The guy who played Jim Halpert spoke to Variety about losing the role to Evans.

“My agent called and said, ‘They’re going to go with Chris Evans. And I remember I said, ‘Yeah, look at him. He’s Captain America.'”

He may not have got to play Steve Rogers. But fans are clamoring for him to play another Marvel character. Remember how Evans also played Human Torch? Well, fan casts place Krasinski and his wife, Emily Blunt, as members of the Fantastic Four. Marvel Studios finally has the comic imprint’s first family within their reach. Therefore, Krasinski as Mr. Fantastic and his own wife as his fictional spouse would allow the justice he deserves. And you know, it wouldn’t be the first time they played a married couple in the movies. They were both in A Quiet Place.

You can stream episodes of Krasinksi’s Jack Ryan on Amazon Prime. And the Quiet Place sequel will release on May 20th, 2020. For confirmation on who the MCU will choose for the Fantastic Four, follow Screen Geek on all of the social medias.