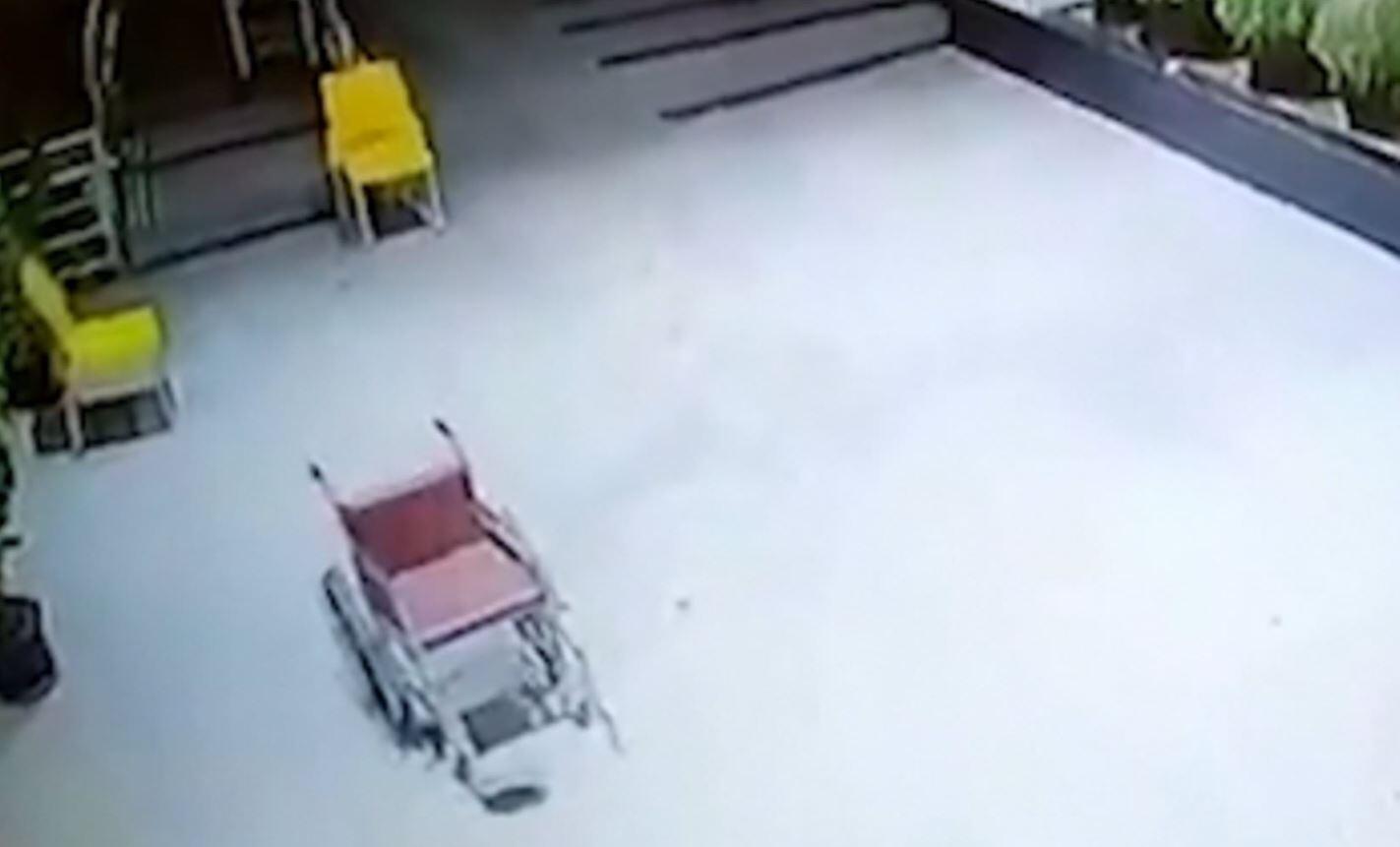 Aside from the increased amount of controversial opinions, petitions to change when Halloween is celebrated, and the expected influx of horror movie hype – the imminence of Halloween has also inspired an interest in supposedly legitimate paranormal activity. For example, one video as of late has been going viral on the internet for showcasing a wheelchair that’s apparently moving on its own – deemed a ghost chair.

“I came out to drink water and I saw the wheelchair moving on its own,” Kumar admitted.

While it would be easy to assume the wheelchair simply moved downward from being pushed, it does appear to make a few turns and move in ways that seem a little unnatural. Of course, Kumar does admit there was a slight breeze that night which could’ve helped force the wheelchair in other directions.

“It was just wind and nothing else,” he said in an attempt to justify why the wheelchair could’ve been moving by itself.

Although he did also admit that he “was also feeling very cold,” which is a sensation usually associated with paranormal activity.

While it’s definitely not the greatest evidence that supernatural specters walk amidst the living – it’s a neat little video that promises some spooky fun coming up as Halloween continues to approach.

How do you feel about the video of the wheelchair? Do you think that it could’ve been due to supernatural influence, or was it simply the wind that made it move? Let us know in the comments section down below!

Continue Reading
You may also like...
Related Topics:Ghost, Horror