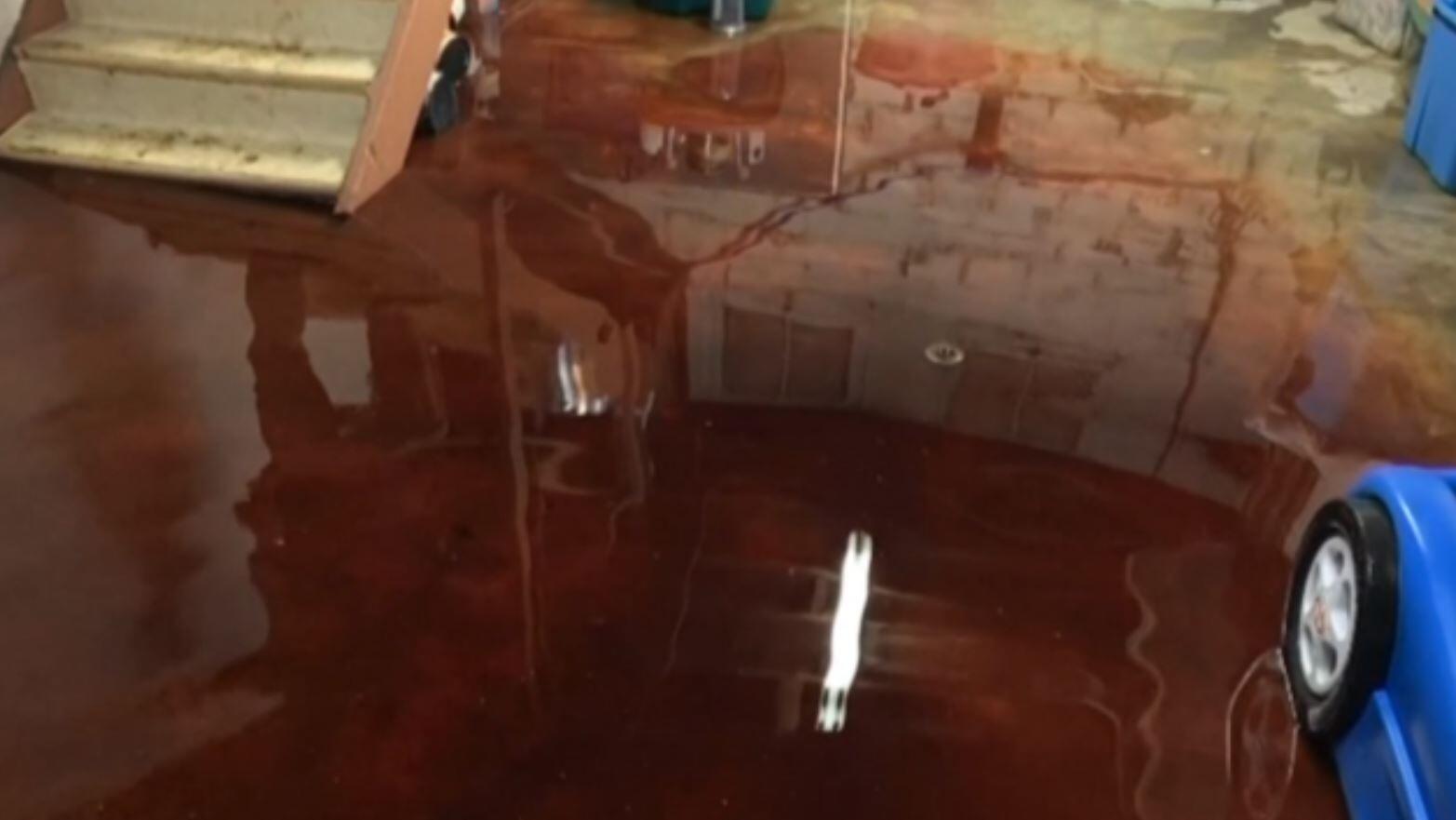 One unfortunate homeowner’s basement has transformed into something like out of an Amityville Horror movie. Nick Lestina is a Bagley, Iowa resident. And he’s recently discovered that his basement has been flooded with 5 inches worth of blood, fat, and other animal tissue.

In fact, the basement hasn’t even been properly cleaned because it’s still flooding down in his basement. And obviously it’s a major question as to why the floor of his basement is now flooded with animal blood.

It turns out that a nearby meat locker actually had drained the blood which somehow ended up in Nick Lestina’s basement through a clogged or broken pipe.

While the situation is being properly dealt with, the Lestina family has temporarily relocated to stay with a relative. Meanwhile a state environmental specialist traced the source to the meat locker – named Dahl’s Custom Meat Locker – and has revealed that the company is now pumping their waste into a tank.

The information is definitely horrifying at the very least. It’s not only one thing to walk into your basement and discover a pool of blood with bits of rotted flesh – but flooding in general can be a major hassle and nightmare for any homeowner. Hopefully the Lestina family will be able to move back in their home soon and they won’t have to worry about any major damage.

Otherwise, the image of blood seeping through the floor of a basement is definitely a strong one and could certainly be used in a horror movie. Much like the above Amityville Horror reference, it’s the perfect sequence for any kind of nightmarish supernatural flick. Maybe Nick Lestina could sell the film rights to his little “story”.

What would you do if you discovered 5 inches of blood in your basement? Can you image how horrific of a situation that must’ve been? Let us know in the comments section down below!

Continue Reading
You may also like...
Related Topics:Horror, Nick Lestina