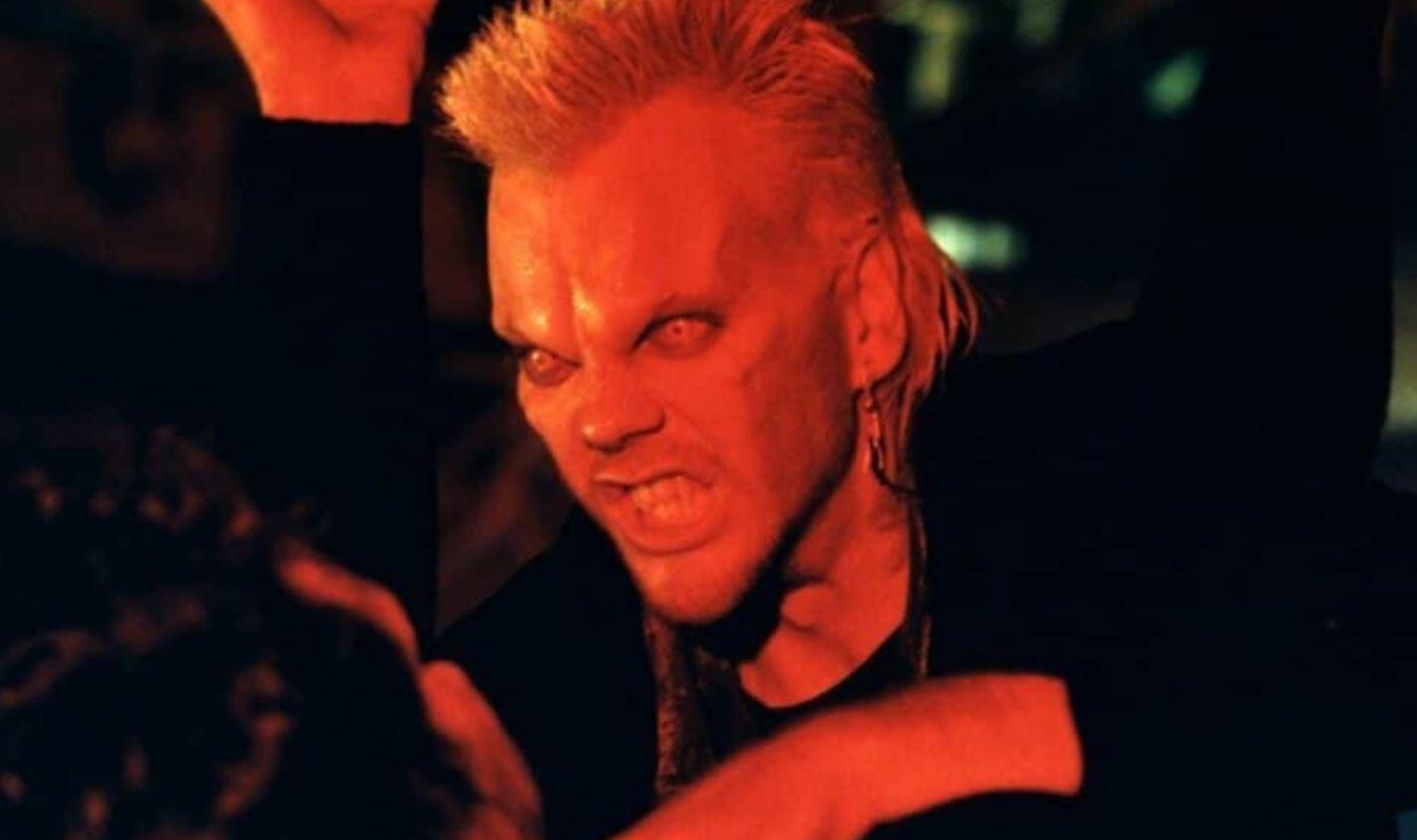 The Lost Boys is one of the most iconic vampire films of its generation – proving that the 1980’s were one of the best decades for vampire cinema. One of the biggest factors for its success could arguably be attributed to the fact that the movie has so much mass appeal. It’s not just a movie for kids, or too grown up for adults. It’s a vampire movie that any age group could enjoy – but it seems that there’s one scene which ended up being too extreme for the movie. Continue reading below to learn about the Lost Boys deleted scene!

“There was a scene that actually didn’t make the movie that I was really, really excited about, mainly because it was just so violent I couldn’t believe that we were doing it,” Sutherland explained. “It’s sort of in the movie — they cut around it — but there was a guy on a beach and he was bald and they had made a prosthetic cast of his head. And the part of the scene that I loved the most was literally, it was like a cake: I ate the whole back of his head off and blood just went everywhere. I had been directed to just smile like a child having cake, and the two images were so frightening and scary.”

While it would’ve been glamorously horrifying to have seen the full clip in the film – the bonfire sequence still works just fine without it. The atmospheric ferocity of the vampires attacking the surfers works just fine, and the quick cuts seem to assert the speed and viciousness that this movie’s interpretation of vampires possess.

The Lost Boys will forever be a favorite vampire film for many. And while the sequels and comics never quite lived up to the popularity that the original spawned, it only goes to show how truly great that first movie turned out. Hopefully The CW will be able to capture some of that magic with their upcoming TV series – or at least try to respect it.

Would you liked to have seen the Lost Boys deleted scene included in the original cut? Or do you think they did the right thing by trimming the footage? Let us know in the comments section down below!