Fans may have thought Thor went through quite a transformation in Avengers: Endgame. Even so, he also went through some changes in Thor: Ragnarok. But the comics are really changing him up. Jason Aaron will be ending his long-running tenure. He culminated his arc in War of the Realms. And then gave a prologue in King Thor. But now, Donny Cates will be taking the comic over. And he plans on giving the god of thunder a completely new look.

Check out the new look Thor below: 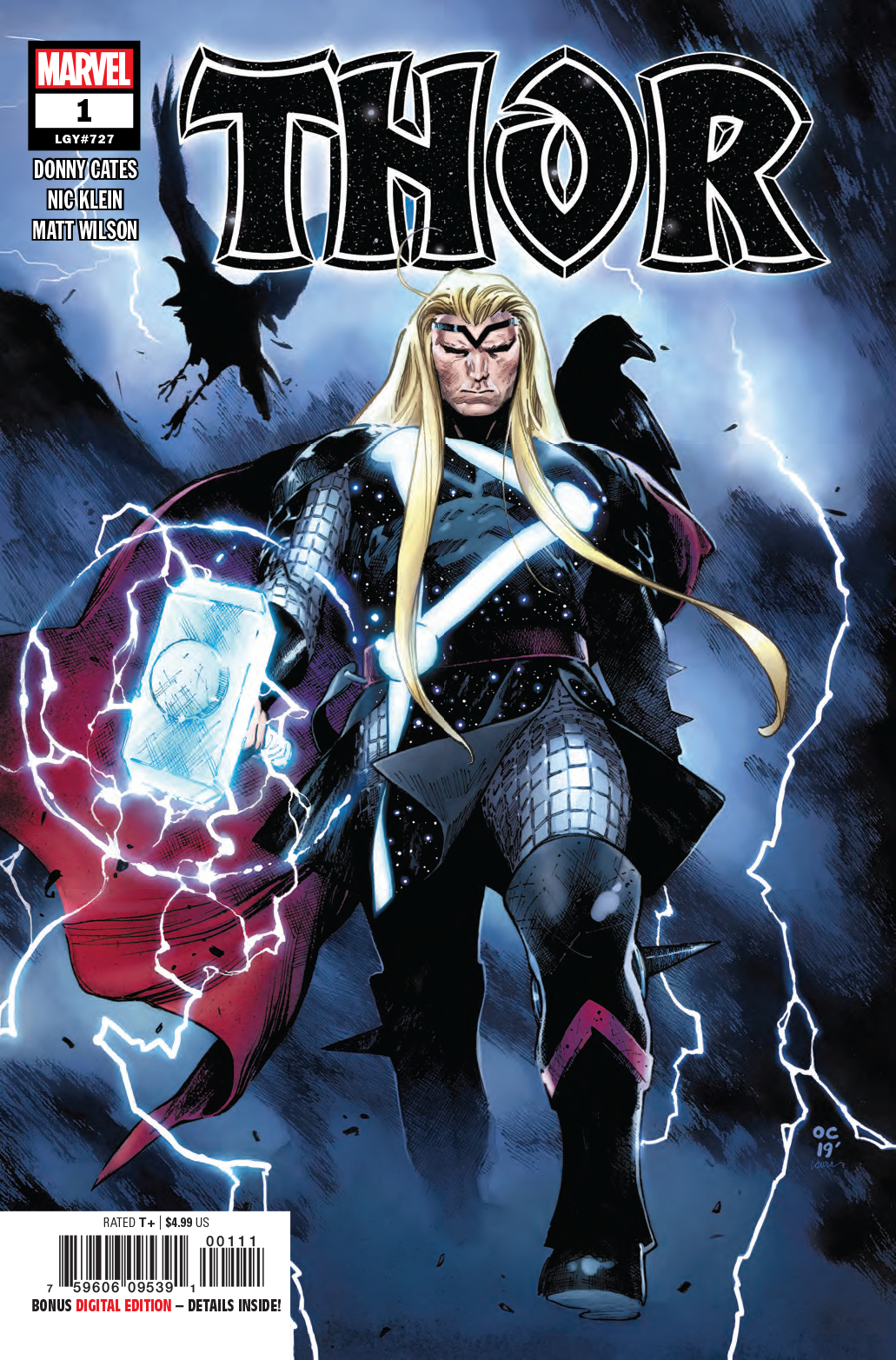 In January, the title will start over again with a new number one. Notice the headband. It reminds me of a certain character. But I can’t think of who it is. Also, there’s the Thurisaz rune across his chest. This replaces the round badges that were there before. Thurisaz represents fortitude, strength, defense, and protection. In short, all the things Thor stands for. Also, note that he’s clean-shaven.

Donny Cates is known for his work on Venom. In such, he gave the symbiote a new lore. And currently, he’s writing Silver Surfer Black. Spinning off from the recent Guardians of the Galaxy title, Surfer falls into a black hole. Some black mess is climbing up his arm. And he’s chasing the Symbiote god, Knull, across time.

In Cate’s new Thor title, “The Black Winter” is teased. Perhaps this will tie into his Venom, Knull, and other elements from Silver Surfer Black.

“A BRAND-NEW, SUPERSTAR CREATIVE TEAM TAKES THE KING OF ASGARD TO NEW REALMS OF GLORY!

The prince is now a king. All Asgard lies before Thor, the God of Thunder. And after many months of war, the Ten Realms are finally at peace. But the skies above the Realm Eternal are never clear for long. The Black Winter is coming. And the God of the Storm will be powerless before it.”

“THE BLACK WINTER AND THE DEVOURER KING!

Before him lies the Black Winter; behind, a trail of death wrought by his own hand. The God of Thunder hurtles through the cosmos, searching for the power to save Asgard and all existence. But no power in the heavens can save a god – a king – from his bloody duty.”

Thor #1 will arrive on January 1st, 2020. And Thor #2 will come out on January 29th, 2020. You can pick up the physical copies at your local comic book shop. Or, you can download the digital version on Comixology or Marvel.com.

Chris Hemsworth’s next portrayal on the big screen will be in Thor: Love and Thunder on November 5th, 2021. The movie will adapt Jason Aaron’s The Mighty Thor. And with the way Avengers: Endgame ended, it’s speculated Hemsworth will make an appearance in Guardians of the Galaxy Vol. 3. But I doubt he’ll take on this new appearance from Cates. Though, Screen Geek will have you covered if such changes occur.