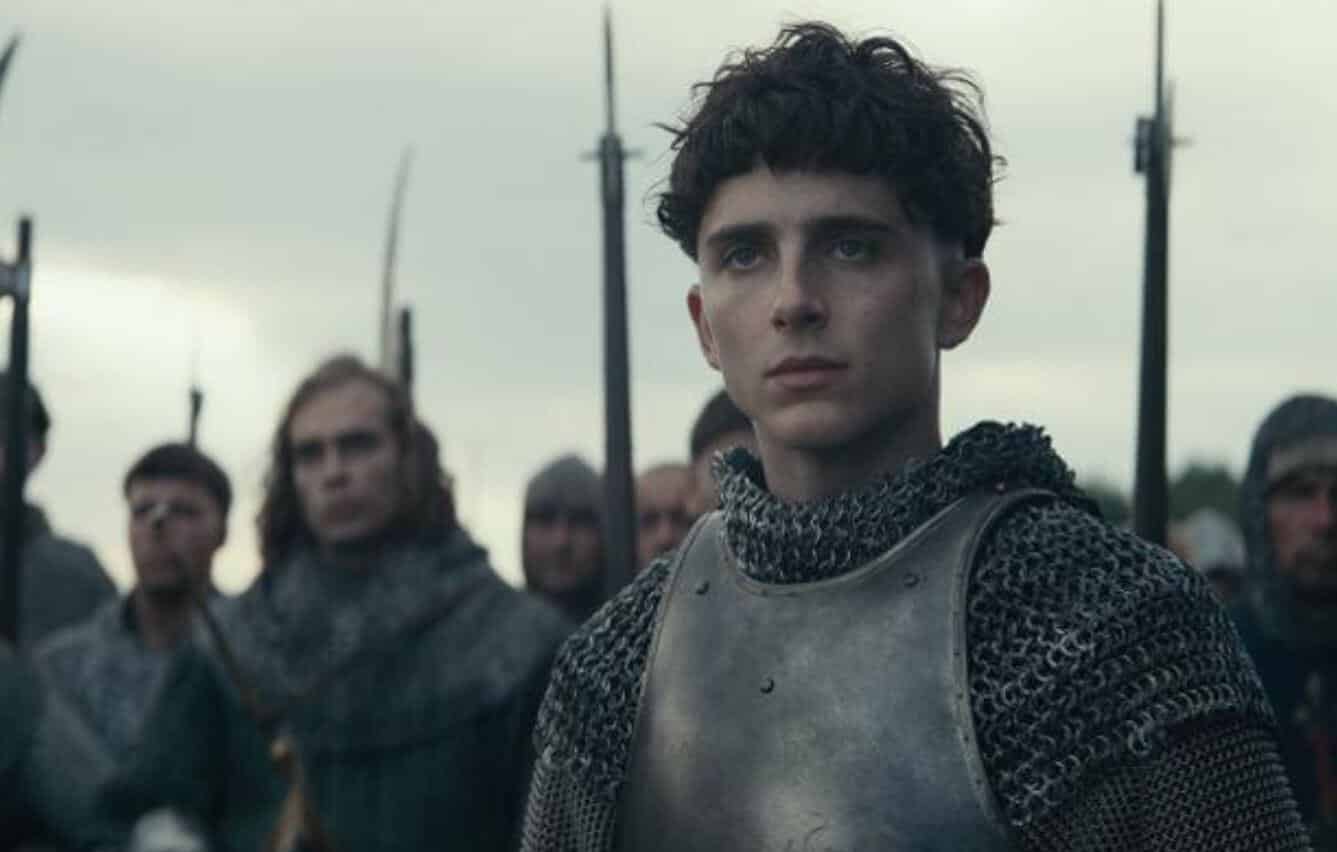 Few actors have accomplished the pedigree and success that Timothee Chalamet has at just 23 years old. After receiving a Best Actor nomination for his emotionally-revealing performance in Call Me By Your Name, the actor has become a household name in Hollywood and an icon to his devoted fanbase. Every project he involves himself in attracts the eyeballs of many, including Netflix’s latest medieval epic The King, which features Chalamet taking center stage as “The Warrior King” Henry V. Sadly, this intriguing adaptation of a melody of Shakespear material fails to capture the intrigue of its set-up.

The King follows Hal (Chalamet), a brash young warrior who spends most of his days living it up as a wayward prince. When his corrupt father passes away, Hal must battle for his legitimacy as King when French challengers led by The Dauphin of France (Robert Pattinson) battle for the English throne during The Hundred Years War.

Holding a sizeable budget and some lavish production design, neither of these assets are able to hide The King‘s rather lethargic narrative. Presented with the chance to adapt a larger-than-life figure to the screen, David Michod (director of this enterprise) and Joel Edgerton (who also co-stars as Hal’s trusted confidant Falstaff) screenplay never capture the weight of his presence, nor the remarkable journey he embarks on as he takes over the throne.

The King suffers where most stuffy period pieces fall flat, fixating more on the details of history rather than the personal journey of its respective characters. Hal’s ascendance into King Henry V feels bizarrely rushed despite the film’s whopping 140 minute run time, with the film often feeling at odds with itself as it decides its point of emphasis. Timothee Chalamet, despite his talents, fails to truly convince here as the “Warrior King”, failing to capture the subdued strength of Henry that manifested into a raging warrior on the battlefield. Crucial moments where Chalamet’s Henry tries to rally the troops via uproarious battle speeches fall woefully flat, but it’s apparent that the underbaked screenplay didn’t do the actor any favors.

Perhaps the only signs of life come when Robert Pattinson appears in a wonderfully over-the-top take as The Dauphin of France, chewing the scenery to perfection while creating a memorable villain. It’s clear The King has the bones of a good movie, Michod captures the period well, the narrative itself has potential, and there are occasional moments of greatness lying throughout (the finale offers a satisfying interaction between Chalamet and a traitor). The problem lies in the lack of characterization or depth for the audience to bite their teeth into, making this a mere shell of what it could have been.

Continue Reading
You may also like...
Related Topics:Netflix, The King