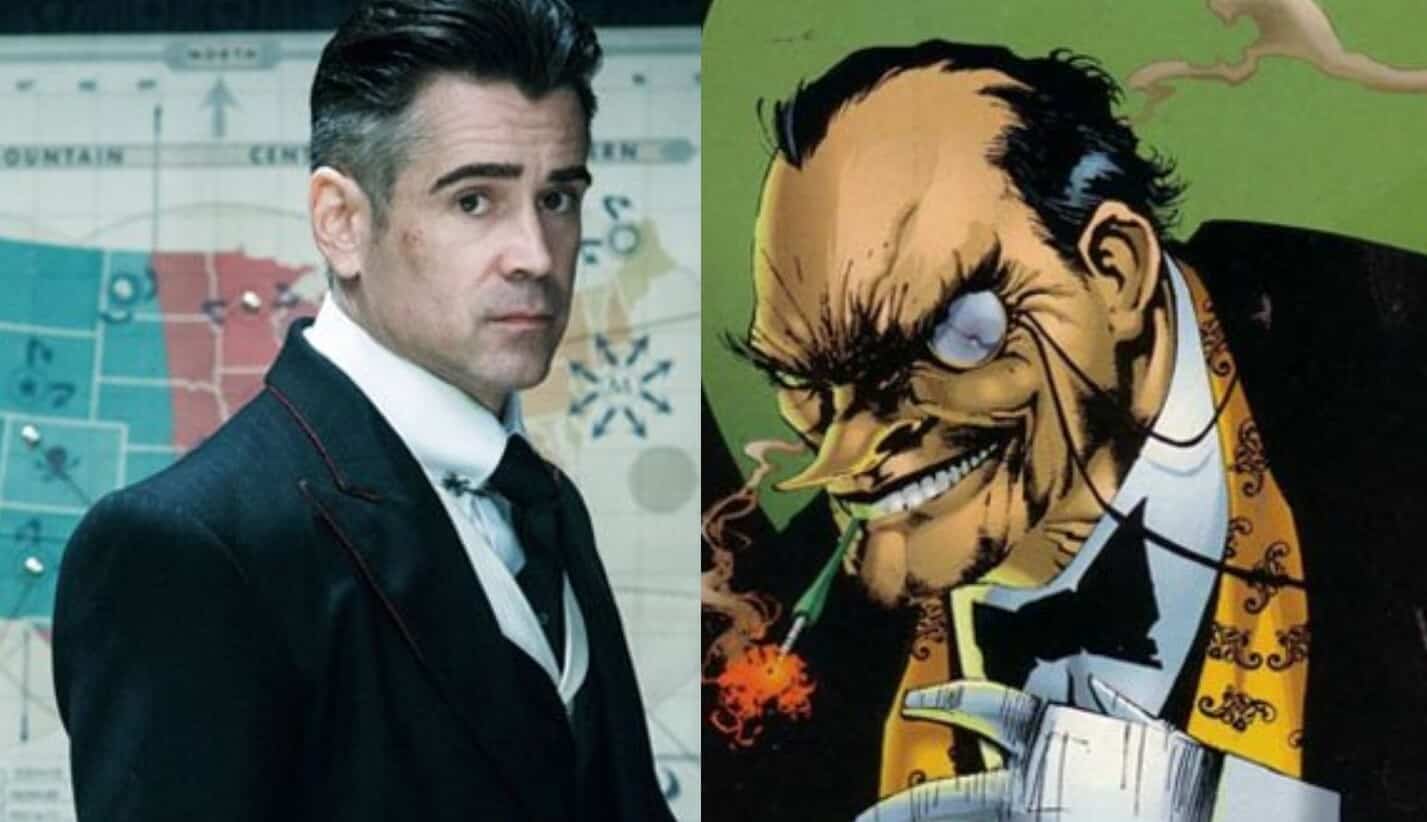 Over the past few weeks, the cast of Matt Reeves’ The Batman has been steadily growing. We already know that Twilight star Robert Pattinson is set to play the titular hero, but in the last two weeks we have also had confirmation that Zoë Kravitz, Paul Dano and Jeffrey Wright have been cast in the roles of Selina Kyle, The Riddler and Commissioner Gordon respectively. Now,we have word that another actor is set to join the Gotham Underworld in the movie in the form of Colin Farrell as Oswald Chesterfield Cobblepott, better known to fans as The Penguin.

The news that Farrell was set to join the film was broken by Deadline earlier tonight along with the news that Reeves’ Dawn of the Planet of the Apes star, Andy Serkis will also be joining the cast as Bruce Wayne’s loyal butler, Alfred.

Interestingly when Andy Serkis’ name was last thrown around in regards to a role in the film, many fans assumed that it would in fact be that of The Penguin. Although it’s safe to say that he will make a great Alfred Pennyworth.

In regards to The Penguin, it was recently revealed that this was the role that Jonah Hill was being courted for before ultimately dropping out of the project. Sources had claimed that this was due to him actually wanting the Riddler role.

Farrell will definitely be a lot different to previous incarnations of the character, given that he is often portrayed as more unique looking than Farrell is used to playing. It’s interesting to see whether they will change the character in any way to match the actor. Of course this isn’t the actor’a first foray into the world of Superhero movies with him previously taking on the role of Bullseye in 2003’s Daredevil which interestingly saw previous Batman, Ben Affleck, in the lead role. Although, let’s be honest – it’s probably best to forget that film.

Hopefully we start hearing more casting news in the coming weeks with reports coming out that the studio is currently looking for someone to portray Harvey Dent, better known as the villainous Two-Face.

What do you think? Do you like this casting? Do you think these actors roles could have been reversed? Let us know below!

Continue Reading
You may also like...
Related Topics:Batman, Colin Farrell, DC Comics, the batman, The Penguin