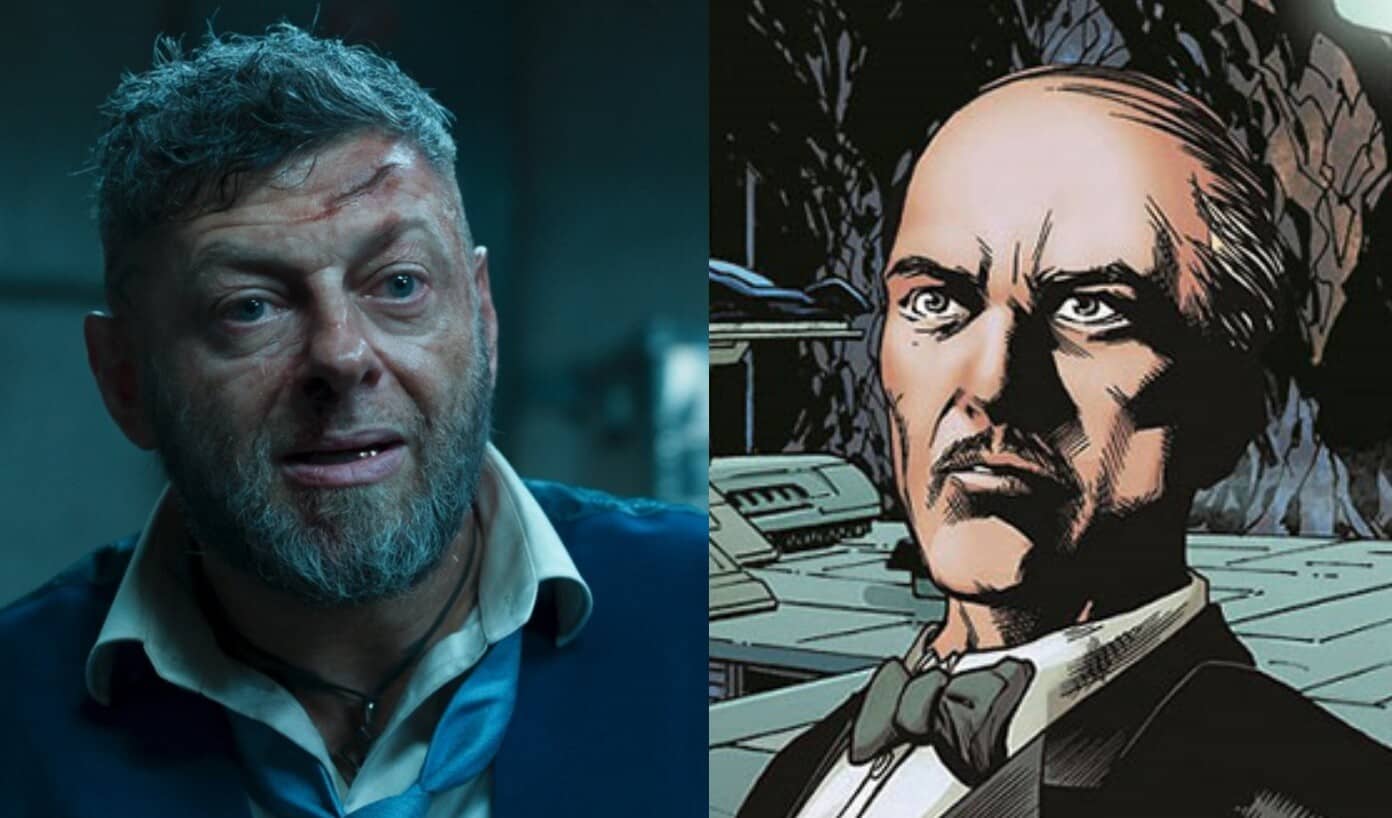 Matt Reeves’ The Batman is steadily moving forward. After the somewhat controversial casting of Robert Pattinson as the Caped Crusader, and a story that is fresh, holding no connections to the previous DC Extended Universe, Reeves has begun pre-production and casting more roles. Jeffrey Wright will be taking on the role of Commissioner Gordon, Zoe Kravitz will don her tights as Catwoman, and Paul Dano looks to puzzle the Bat as the Riddler. Now, one of the most important figures in all of the Dark Knight’s lore is, of course, Alfred Pennyworth. And it would seems that Reeves has found his man.

According to The Wrap, Andy Serkis, the motion capture guru who has played iconic characters like Gollum and Caesar (Planet of the Apes), is set to play Bruce Wayne’s guardian/butler/confidant. Serkis is well known to comic book fans for his awesome, albeit short lived, role as Marvel baddie Ulysses Klaue. He is also set to direct the sequel to Sony’s Venom. Now, Serkis joins DC in one of comic’s most well known and vital roles. Andy will be very well suited to play the posh but wise butler who serves as a bit of a moral compass/wise ass to Bruce Wayne’s heroic yet dark crusade for justice in Gotham.

It’s currently unclear how exactly the scheduling for this film and Venom 2 will play out. Hopefully, one will not interfere with the other and lead to delays for either films. But, with the stellar cast forming around Pattinson for this film, it’s pretty easy to start getting excited for a new take on one of pop cultures most beloved characters. And, with Reeves focusing on a noir story about The World’s Greatest Detective, this cast should shape up to give fans a great and fresh take on Batman.

What do you think of Serkis playing Alfred? Let us know in the comments below!

Colin Farrell In Talks To Play Penguin In ‘The Batman’
Tom Hardy Teases Venom Vs. Carnage For ‘Venom 2’
Advertisement
Advertisement
To Top