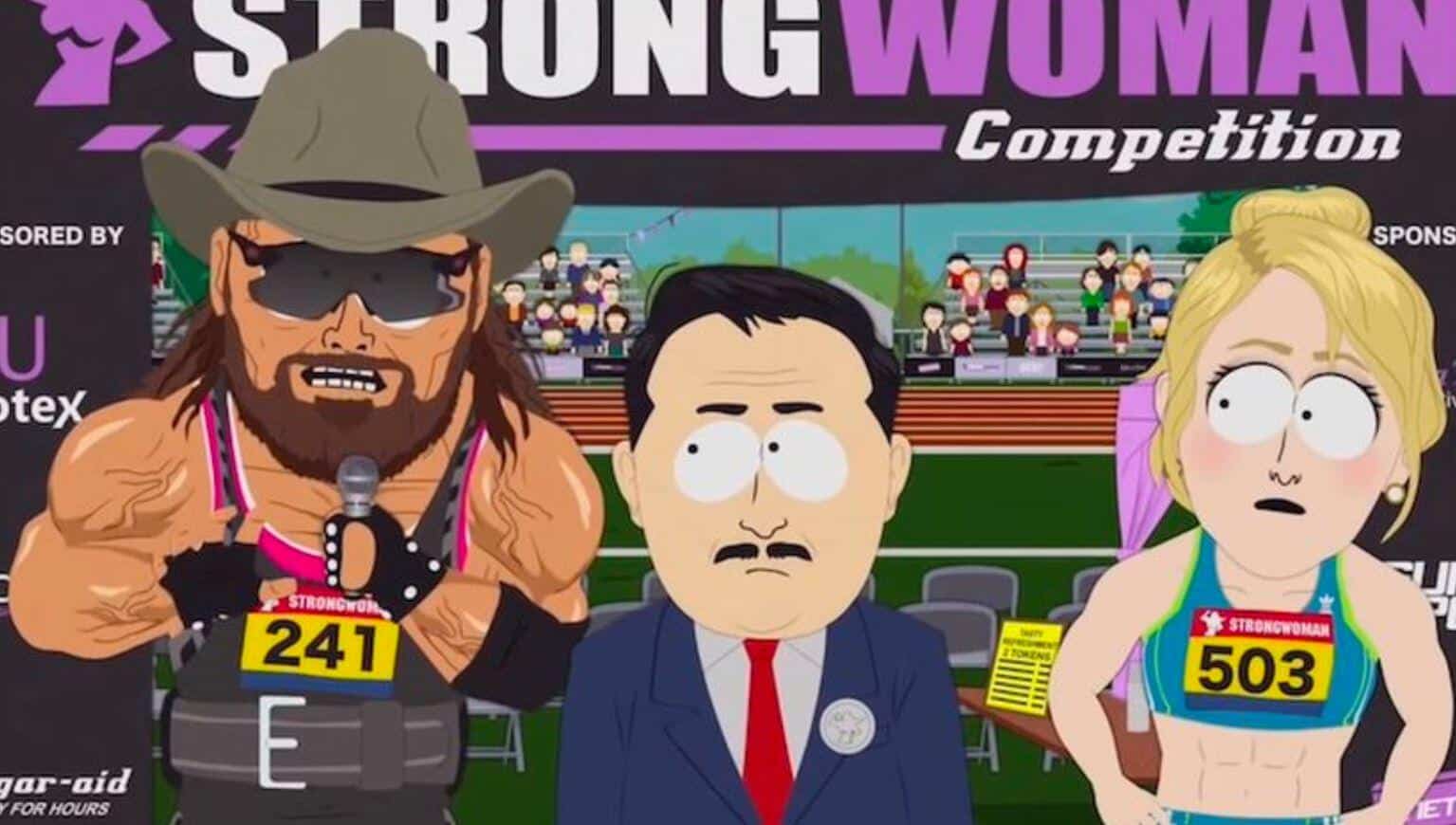 The television series South Park has been a successful satire of politics and society among other things for decades. Now it looks like the series has taken on the task of including transgender athletes in sport.

The series utilized the concept in the seventh episode of its twenty-third season. The episode was titled “Board Girls” and premiered on Wednesday.

In order to create their transgender character, which they named Heather Swanson, they used real life Macho Man Randy Savage as inspiration. And, if it wasn’t obvious, the character was designed to make light of transgender athletes who attempt competing against other women in sports.

In particular, they place character Heather Swanson in “The Annual Strong Woman Competition,” which sets the stage for the commentary regarding transgender women in sports. It’s something that’s become quite a topic in person, and thus South Park found the timing appropriate enough to adapt the events for their own series’ humor.

Obviously the episode was extremely divisive for audience members – some found the commentary to be worth laughing at, while others felt it was simply too much for the show.

“South Park have abused their power over trans women in sports by ridiculing trans athletes. Their hate is on show, By creating the character of Heather Swanson, a faux trans woman who looks & sounds just like the late wrestler Randy Savage,” stated one transgender commenter on Twitter.

It’s certainly nothing new for South Park to create controversy, but it is worth noting that it brings an entirely new element of satire to the series whether audience members consider that good or bad.

How do you feel about the South Park episode making light of transgender women in female sports? Do you think it’s too much? Let us know in the comments section down below!