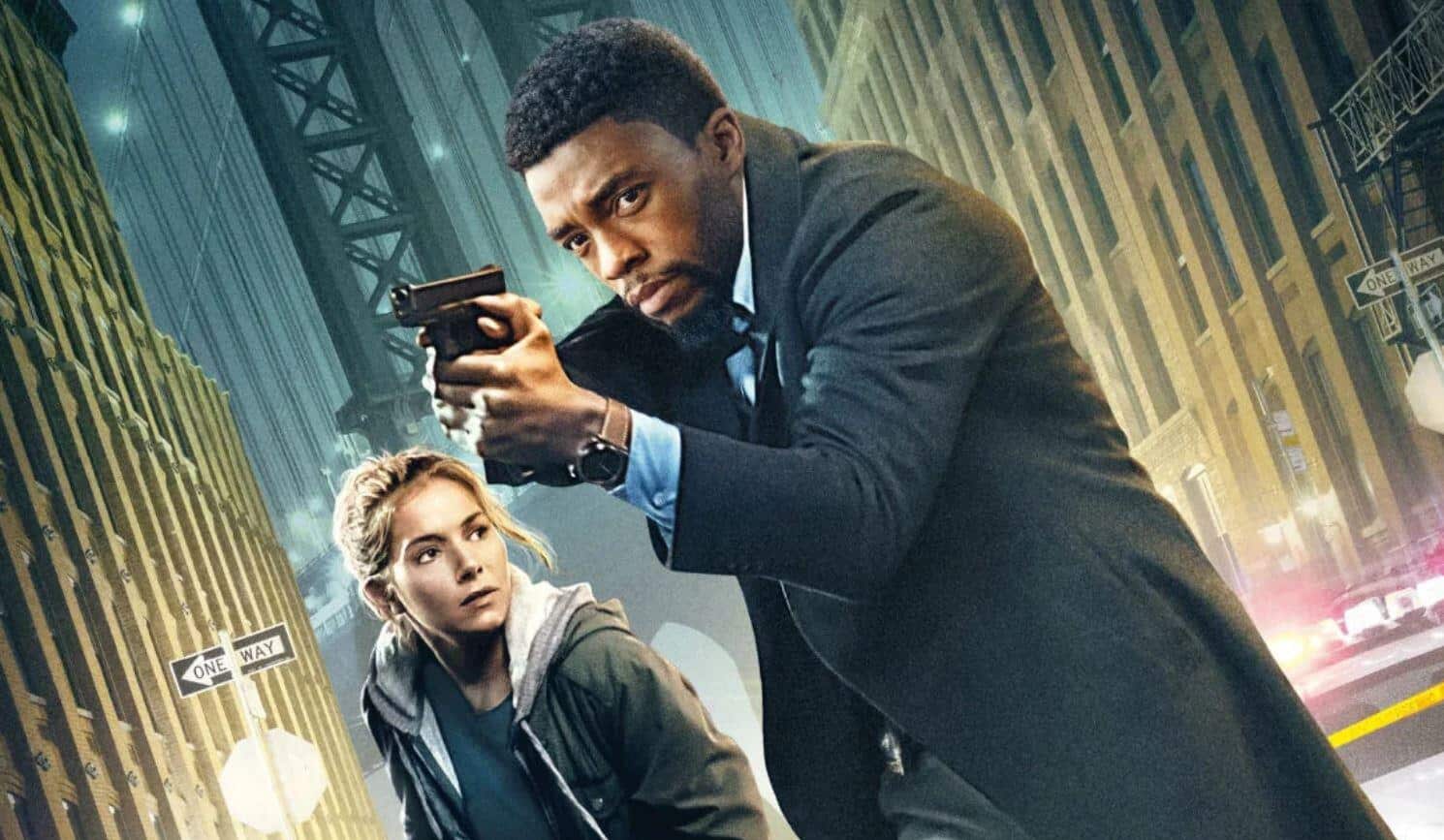 Chadwick Boseman has quickly ascended to A-list status in Hollywood, and for good reason. After bringing to life historic figures with dramatic heft in 42 and Get Up, Boseman’s talents took center stage in the wildly-successful Black Panther, which elevated itself past the Marvel normative. Back in the action saddle, Boseman’s follow-up 21 Bridges attempts to rise above its genre’s cliches but fails to make an impact. 21 Bridges follows Andre Davis (Boseman), a dedicated detective who’s thrust into a city-wide manhunt after several cops are murdered. Andre soon discovers that there is more to this investigation than he could have predicted.

Elevating this material significantly is the cast, which is led by another standout performance by Boseman. Commanding the screen with an instant sense of gravity and skill, Boseman takes the standard action lead role and breathes life into it. His conviction as a tough-as-nails detective motivated to right the wrongs of his fallen father gives this film’s quieter moments much-needed impact. Stephan James impressively stands toe-to-toe with Boseman as one of the cop killers, with their tense standoffs engaging with gripping battles of words, while JK Simmons energizes his role as a wise-guy New Yorker cop.

Outside of a few glimmers of taunt action, 21 Bridges execution never matches the talent involved. Director Brian Kirk captures the New York nightlife with some skill, but its never able to manifest much tension into the narrative despite its one-night structure. Tonally, this film lacks a distinct voice, ranging between hard-edge realistic cop drama and disposable actioner without fitting into either comfortably. It’s a shame, as there’s moments where 21 Bridges tries to be more than your average actioner, but it undercuts itself with cliched speeches and overly predictable twists.

Even for an action movie, 21 Bridges script sells itself short. The characters lack realism and texture, coming off as one-note cartoons who spew generic tough-guy cop dialogue. Even Boseman is severely underserved with his role as Andre, having little work with from a character development perspective outside of being an honest cop. For a movie that has more dramatic aspirations, 21 Bridges fails to ever sell the audience on its real-world setting.

‘Charlie’s Angels’ Review: A TV Story On A Big Screen Budget – But Not For The Best
‘The Irishman’ Review: Martin Scorsese Makes Another Mob Masterpiece
Advertisement
Advertisement
To Top