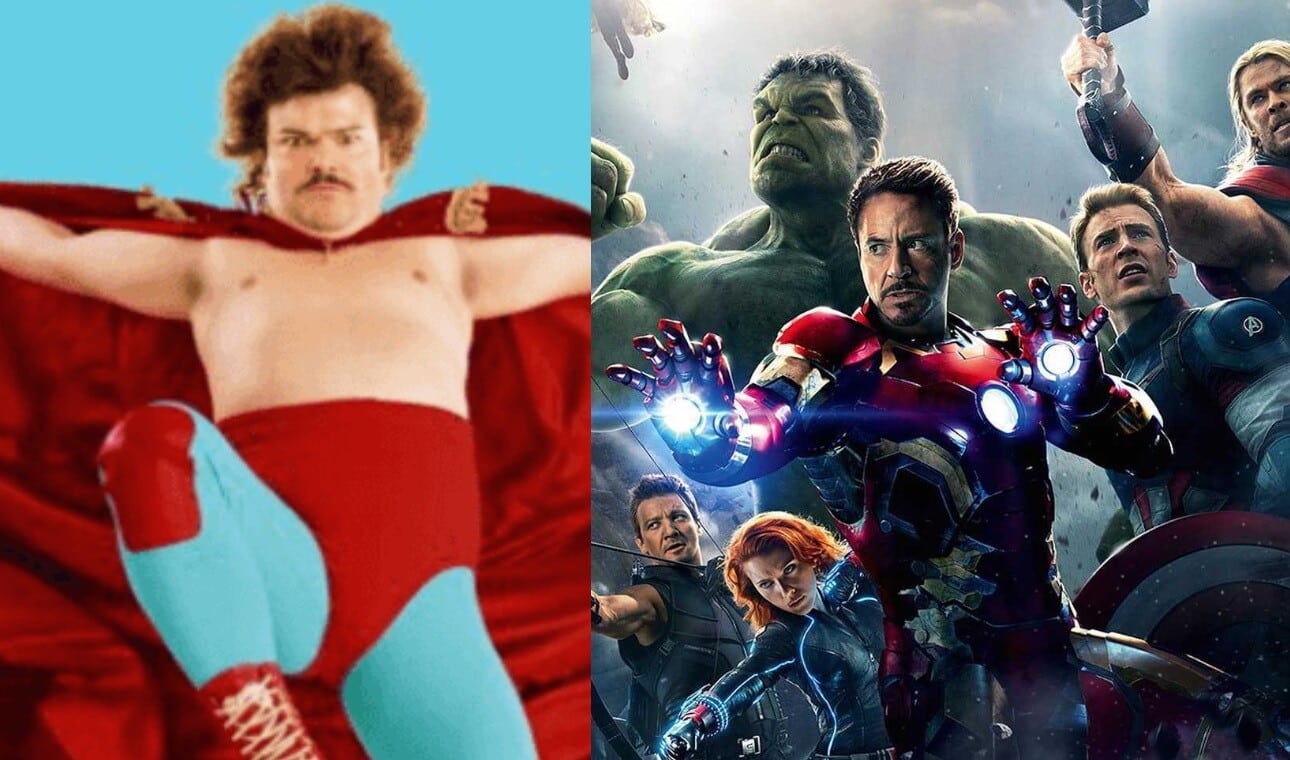 The Marvel Cinematic Universe has encompassed eleven years and twenty-three films. And Marvel Studios has just added several more years and films to their roster. The franchise has become a snowball effect. It seems to earn more money and collect bigger stars as it rolls on. By now, you would have thought Jack Black has signed onto a Marvel movie. After all, Ken Jeong even had a cameo in Avengers: Endgame. In a recent interview, the rockstar comedian said he had no plans to join yet. But on second thought, Nacho Libre could join the Avengers.

Black spoke to ComicBook.com about Jumanji: The Next Level. He was joined by two of his co-stars, Karen Gillan and Awkwafina. Two out of three in that group are part of the MCU. Gillan plays Nebula in the Guardians of the Galaxy and the last two Avengers installments. And Awkafina will be in 2021’s Shang-Chi and the Legend of the Ten Rings. When asked if he’ll join the MCU, Black said,

“I don’t have any plans. I mean, I feel like Nacho Libre was kind of a superhero. He wore a costume and fought crime and was a hero of sorts. So, I guess I’ve already scratched that itch, as it were. Unless they want to, ya know, add Nacho to the MCU, you never know. I think he’d be an awesome addition to the Avengers team.”

If you need a refresher, Nacho Libre was a 2006 comedy from the creators of Napolean Dynamite. Many of Black’s movies are hit or miss. Nacho Libre was more miss than hit. It received a 40% on Rotten Tomatoes.

But there’s an even more popular superhero that Black played who could join Marvel’s elite. Kung-Fu Panda had three movies, a series, and several shorts. Of course, he’s an animated panda bear. But the Avengers had an anthropomorphic raccoon.

Nacho Libre was the closest thing to a superhero Black played in live-action. However, he was attached to an adaptation of Green Lantern. History showed that his movie was scrapped in lieu of the Ryan Reynolds feature. But due to its turn out, I wonder if Black’s Hal Jordan would have actually been better.

“They’re pretty different. I would say, yes, Marvel is all full of spoilers, but Jumanji has some spoilers that I’m not going to give away in this interview. So they’re not worlds apart. But for me, I mean, the characters are just so different. I mean, my character in the Marvel movie, she’s just the biggest sadist in the galaxy and sounds like Marilyn Monroe slash Clint Eastwood. And I’m not doing that in this movie, so they’re totally different.”

You can watch Black, Gillan, Awkafina, Dwayne Johnson, Kevin Hart, Danny DeVito, and Danny Glover in Jumanji: The Next Level on December 13th. There hasn’t been any confirmation if Gillan will reprise Nebula for Guardians of the Galaxy Vol. 3. But when news surfaces about a release date, I’m sure we’ll learn more about its cast. And you can watch Awkwafina in Shang-Chi and the Legend of the Ten Rings on February 12th, 2021.

For further developments on those, and if Jack Black ever joins the MCU, Screen Geek will have you covered.