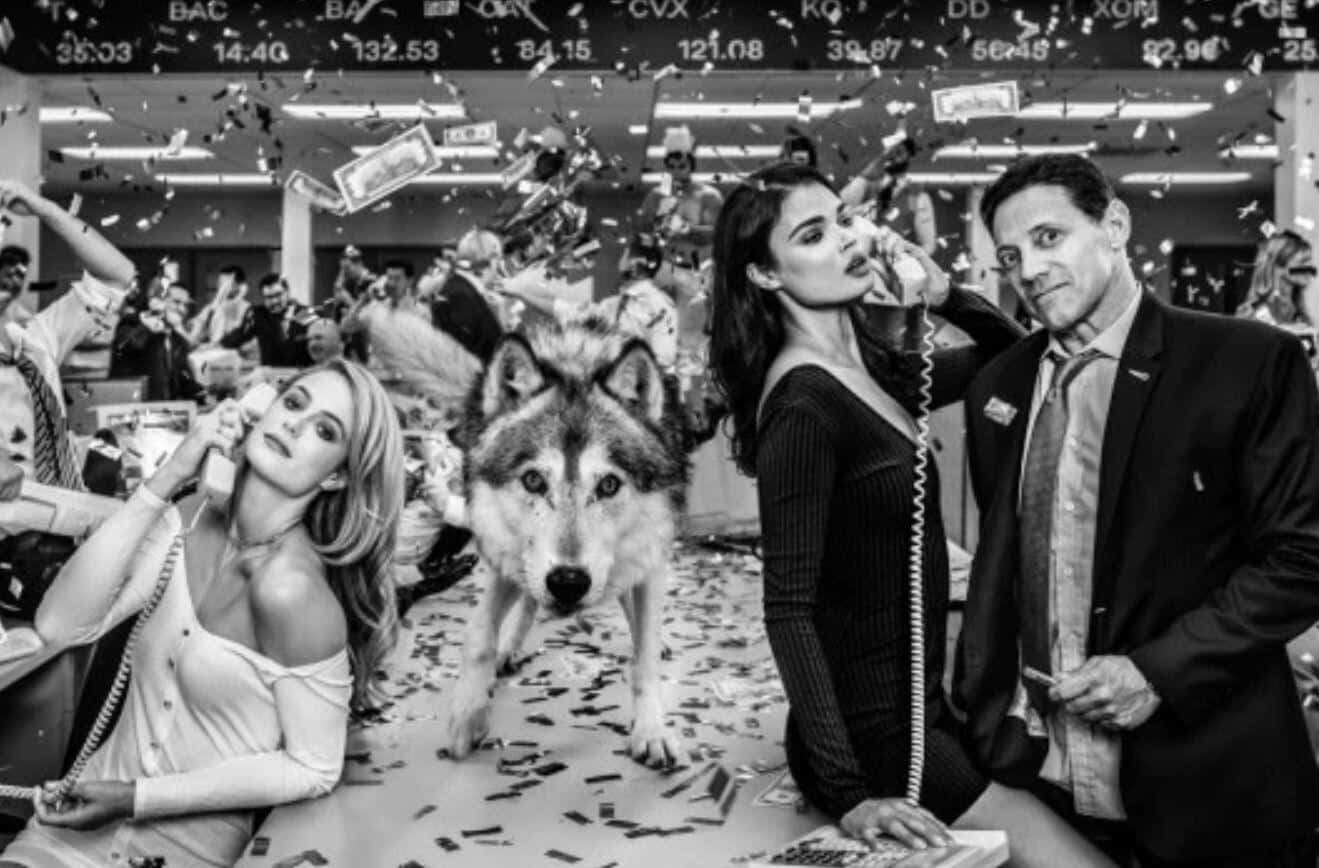 British photographer David Yarrow’s photograph, “Wolves of Wall Street I,” recently sold for $200,000 from an unnamed buyer. It appears to have sold at Art Miami within the first 10 minutes that the fair had opened. The photograph was inspired by the 2013 Martin Scorsese film The Wolf of Wall Street, itself based on the real life Jordan Belfort.

As it turns out, Jordan Belfort was actually featured in the photograph taken by David Yarrow. But that’s not the only interesting tidbit. The Wolves of Wall Street I photograph actually had two major signatures to go along with it – both the film’s director Martin Scorsese and star Leonardo DiCaprio.

“The Wolf of Wall Street project was an ambitious and important one for me as Martin Scorsese is one of my heroes,” Yarrow previously stated in a blog post from last month on Nov. 1.

When the photo was first shot it apparently took close to 3 hours to shoot. The photograph was taken at an abandoned office in Simi Valley, California. It also took $150,000 just to shoot and, as you can imagine, includes a variety of references to the movie. Here are some as listed by the New York Post:

“An homage to the film, it includes a slew of references such as: a marching band, ’80s computers, ticker tape and Belfort holding a pen, the prop his character in the movie uses to distinguish real from amateur sales talent.

There’s also a nod to Jonah Hill eating a live goldfish as Belfort lieutenant Donnie Azoff, with YouTube star Cameron Dallas holding up a fish in the photo’s background.”

Here’s the photograph as tweeted by Jordan Belfort last month:

The Wolves of Wall Street shot by the extremely talented #DavidYarrowPhotography pic.twitter.com/unC1rNzyoI

The photo was sold by the Maddox Gallery and they intend to donate $160,000 of the proceedings to a conservation charity.

What are your thoughts on the Wolves of Wall Street I photograph that sold for $200,000? Let us know your feelings about the photo and how much it sold for in the comments section down below!