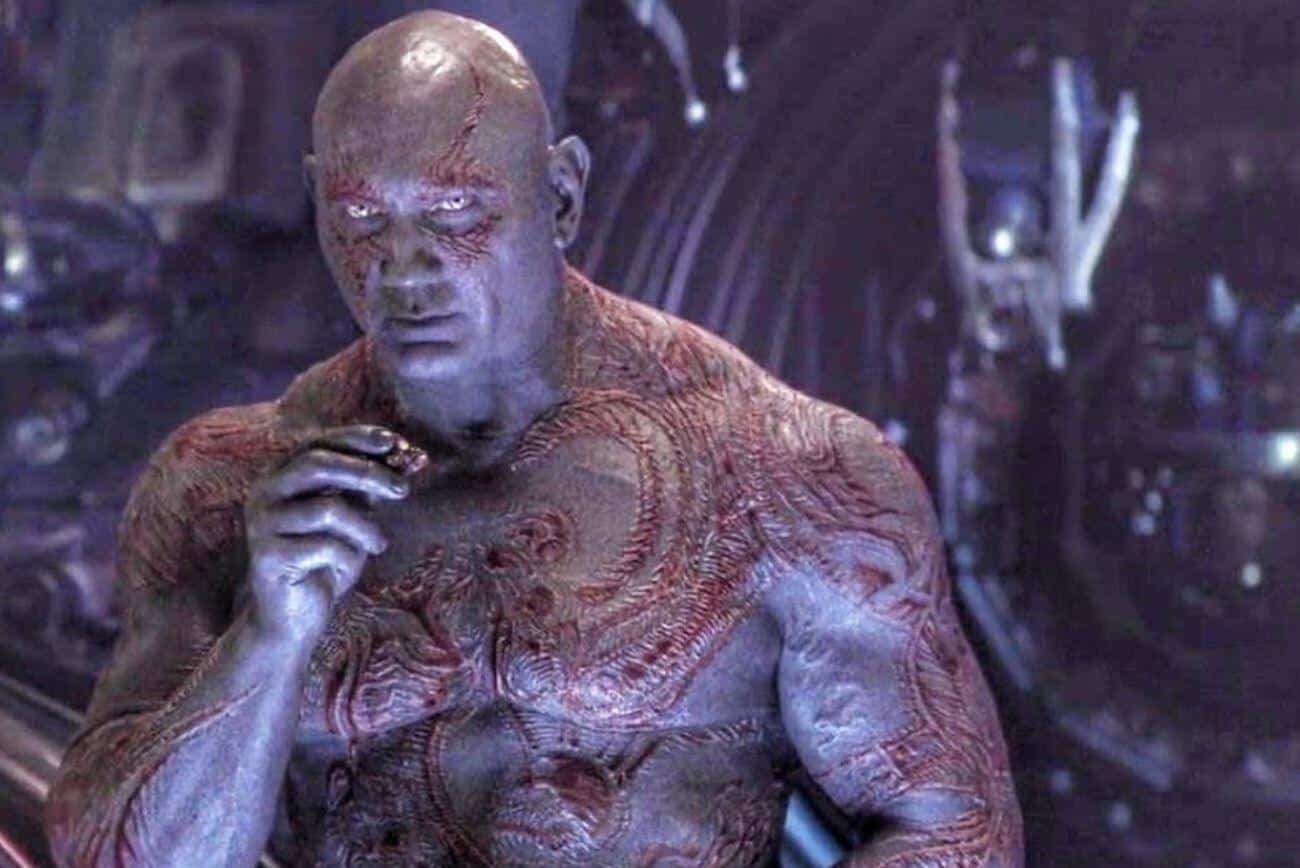 The Marvel Cinematic Universe has spawned a variety of beloved jokes ever since its creation. But one of the more popular jokes from within the last few years comes from a line made by Drax the Destroyer when he mentions standing still enough that he’s invisible. As it turns out, the Avengers: Endgame script has a parallel with that line that one fan happened to have noticed.

It appears that during Tony Stark’s funeral, Drax was completely left out of the scene. The script mentions the characters “QUILL, NEBULA, GROOT, MANTIS, and ROCKET,” but omits Drax.

The script’s scene was posted over on Reddit, with the caption that read:

“Drax was so incredibly still at Tony Stark’s funeral that even the official Endgame script failed to notice that he was there.”

Drax was so incredibly still at Tony Stark’s funeral that even the official Endgame script failed to notice that he was there. from r/marvelstudios

It’s certainly an amusing bit of attention to detail for the script, and makes one wonder if they considered fans potentially looking into such details. Either way, it’s certainly interesting – and perhaps one of the best “invisibility” jokes involving Drax so far. Meanwhile, the script continues to be a fun way for Marvel fans to get a deeper insight for Avengers: Endgame. For example, the script also revealed major details like the year Captain America was by the end of the film and when he went back in time to finally be with Peggy Carter. It goes to show the effort that Disney uses in their writing just as much as they do during filming. I’m sure fans will discover just as many interesting details in the near future.