The Reason Why Freddy Krueger’s Sweater Is Red And Green

One of the most iconic and popular horror franchises to ever come into existence, especially out of the 1980’s, has been the Nightmare on Elm Street franchise. Ever since Wes Craven introduced the world to his character Freddy Krueger, played by Robert Englund in A Nightmare on Elm Street and all of its original sequels, the character has become a mainstay in pop culture fandom. While he’s not as popular now, Freddy Krueger is still just as relevant, continually being parodied and featured in a plethora of appearances to this day. Now read on below to find out why Freddy Krueger’s sweater contains its signature red and green stripes.

While there are plenty of reasons for Freddy’s popularity, including the outright perfect script and direction Wes Craven took with the original A Nightmare on Elm Street film, there’s no doubt something about Freddy Krueger’s appearance that both resonates with and scares fans across the globe. There seems to be no end to his memorable characteristics.

After all, there’s the burn makeup made to resemble that of a cheesy pizza. We have his dirty fedora, and of course trademark glove with razor blades protruding from the fingertips. Aside from that is his charismatic personality, a character that opposes slasher villains like Jason Voorhees or Michael Myers by having a sense of humor and fun about the evil that he does. But one particularly iconic element about Freddy Krueger actually has an interesting backstory. It turns out there’s a reason for Freddy Krueger’s sweater. 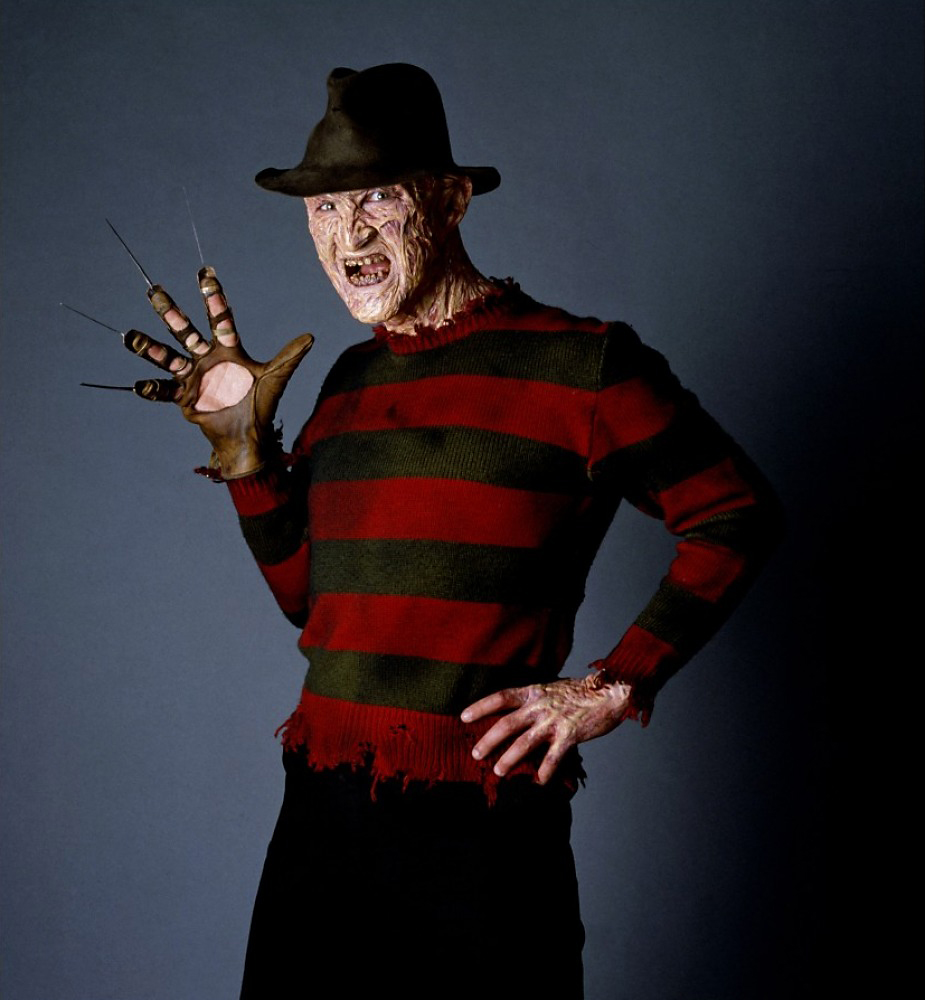 As any horror fan knows, Freddy Krueger is almost always seen wearing a red and green striped sweater. It’s an outfit that has been rarely altered since its first appearance, most notably the addition of stripes to the sleeves after the original film featured plain red sleeves for the arms. Nevertheless, the style has remained the same – and as stated, there’s an interesting reason for why that is.

It turns out Wes Craven chose the red and green stripes for Freddy Krueger’s sweater because of a magazine article in Scientific American. The article explained that a red and green pairing is actually more difficult for humans to perceive properly. As such, whenever he’s wearing his sweater, it’s actually creating a subconscious discomfort for the movie viewer.

And based on the darkened green that seems almost eerily black in some shots and a brighter green in others, it’s created a unique look for the character that has remained relevant for decades now. It just goes to show how much of a mastermind Wes Craven was when designing Freddy Krueger, one of the horror genre’s most iconic villains.

Tags: A Nightmare on Elm StreetFreddy KruegerHorror
No Result
View All Result