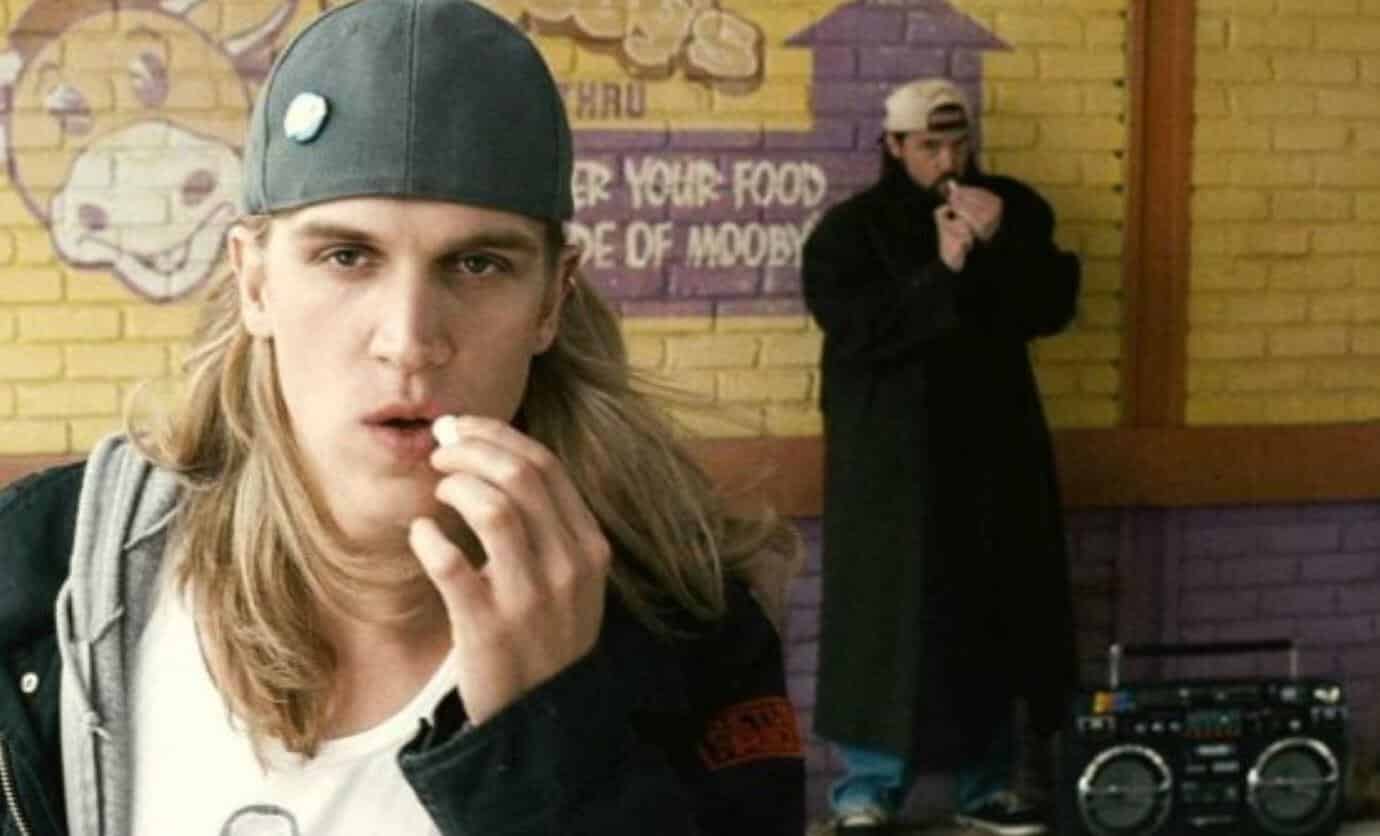 It’s been a long time waiting for Jay & Silent Bob Reboot, the film which finally brought the View Askewniverse back after Clerks 2 seemingly concluded the franchise in 2006. Kevin Smith had unsuccessfully made several other attempts at reviving the franchise before Jay & Silent Bob Reboot, however, including Clerks 3 and a televised sequel to Mallrats titled MallBrats. Although now it appears that both Clerks 3 and a different Mallrats sequel now titled Twilight of the Mallrats are both in the scripting phase.

Kevin Smith announced both of the projects in an Instagram post while wishing his fans a happy New Year.

“It’s gonna be hard for 2020 to measure up to 2019 – but I’m off to a fun start by writing stuff for Brodie Bruce & Co. to say in the new script I’m calling TWILIGHT OF THE MALLRATS! The CLERKS III script is also underway, so we’ll see which flick will be my first film of the roaring 20’s!”

2019 was seriously one of the best years of my life! So many of my dreams came true this year, as well as a few big things too dazzling to even dare dream about! From the return of @jayandsilentbob, to having my career literally cemented at the legendary @chinesetheatres, to Clerks being accepted into the @librarycongress – 2019 kept giving and giving! Sooooo glad I didn’t drop dead back in 2018, because I would’ve missed all the stuff I listed with my pic. Thank you to everyone who supported the #jayandsilentbob #rebootroadshow Tour: we’ve made over 3 million bucks from our 2 @fathomevents screenings and the 37 cities we’ve visited so far (Tour resumes January 10th in Oakland for another 25 cities through Feb 26). Many thanks for powering my dopey dream of reopening the Askewniverse and making me and @jaymewes feel so welcomed in all your towns and cities! It’s gonna be hard for 2020 to measure up to 2019 – but I’m off to a fun start by writing stuff for Brodie Bruce & Co. to say in the new script I’m calling TWILIGHT OF THE MALLRATS! The CLERKS III script is also underway, so we’ll see which flick will be my first film of the roaring 20’s! But tonight, I end the year like I always do – standing on the stage at the @hollywoodimprov with @ralphgarman, making BABBLE until the Ball drops (a few tix left at the link in my bio)! It was a decade that began badly with COP OUT and the TOO FAT TO FLY incident. The decade of the Red State Tour, @tuskthemovie and @yogahosers! It was the decade in which I almost died of a massive heart attack, and the decade where I went Vegan and got down to my high school weight! Who knows what the next decade holds in store for us – but I’m ready to turn the page and find out! Happy New Year, my friends! (Jedi Kev piece by @giovanni_hollywood2008.) #KevinSmith #newyearseve #2019

It’s already exciting enough that we’ll be getting Clerks 3 – a project Kevin Smith first announced in October 2019. The film was revealed after Kevin Smith reunited with actor Jeff Anderson, notorious for playing Randal Graves. While Anderson had ceased working with Kevin Smith for quite some time, it appears the two have apparently patched things up and now Clerks 3 is finally in the cards.

Meanwhile the Mallrats sequel is a pleasant surprise – especially considering fans probably thought MallBrats or any other continuation would never happen after endless attempts went nowhere. But now it seems Kevin Smith is at it again – and with the success of Jay & Silent Bob Reboot finally reviving his cinematic universe, perhaps anything is possible going forward.

How do you feel about Kevin Smith working on both Clerks 3 and Twilight of the Mallrats? Are you excited to see what plans he has for the future of the View Askewniverse? Let us know your thoughts on the subject in the comments section down below!