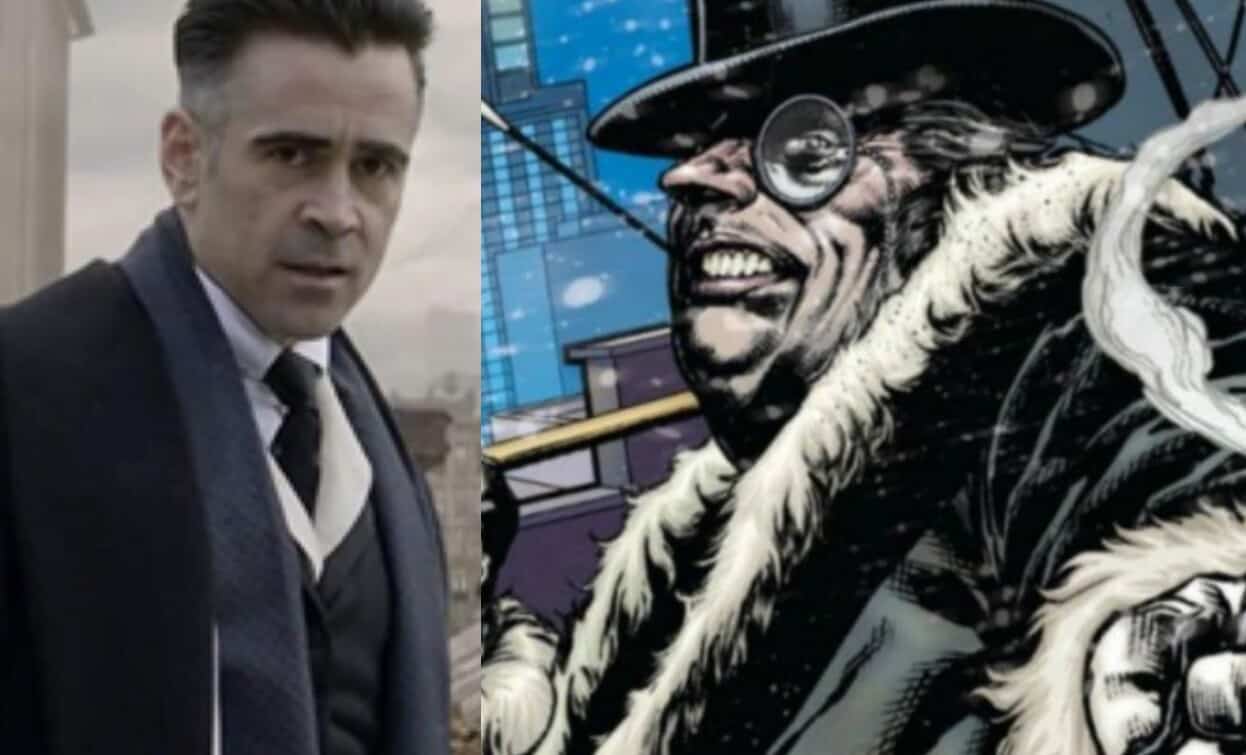 It’s been a long time waiting for many DC and superhero fans, but production has finally started on Warner Bros. upcoming film titled The Batman. The movie is set to be directed by Matt Reeves, and now that filming is starting, we’re beginning to see much more of the cast involved. This includes a series of leaked set photos which give us our first look at actor Colin Farrell as The Penguin.

As you can see in the photos posted down below, although there isn’t much to look at, they do show Colin Farrell and our first glimpse of him as notorious Batman villain The Penguin. And if that’s not enough, fans are continuing to hypothesize that the mysterious motorcyclist in the photos is also intended to be Batman. As fans likely already know, this interpretation of Batman will be played by actor Robert Pattinson.

Of course, this visual interpretation of The Penguin is rather toned down compared to the top hat wearing maniac we’re used to seeing. Instead, Colin Farrell happens to look relatively normal, although it’s clear he’s wielding The Penguin’s iconic umbrella weapon. He also seems to have had his hair dyed a silver white color.

Aside from that, the images mainly show Gotham police officers and a news van. So while there isn’t much to go on here, we can assume only more information will be released as production continues. Or at least once we get closer to the official release date.

Is this London or Gotham…..?
Filming The Batman 🦇 outside my offices this morning! 👍 @empiremagazine pic.twitter.com/Mszt5wLcYG

And because of that, we still don’t have an official plot for the film. But we do know there will be more emphasis on the detective elements associated with traditional Batman lore, so we can expect the film to have a noir crime drama style.

The Batman will hit theaters on June 25, 2021.
What do you think of these new photos of Colin Farrell as The Penguin in The Batman? Are you excited for the upcoming film? Let us know your thoughts in the comments section down below!