Bruce Campbell Might Play Himself In ‘Twilight Of The Mallrats’ 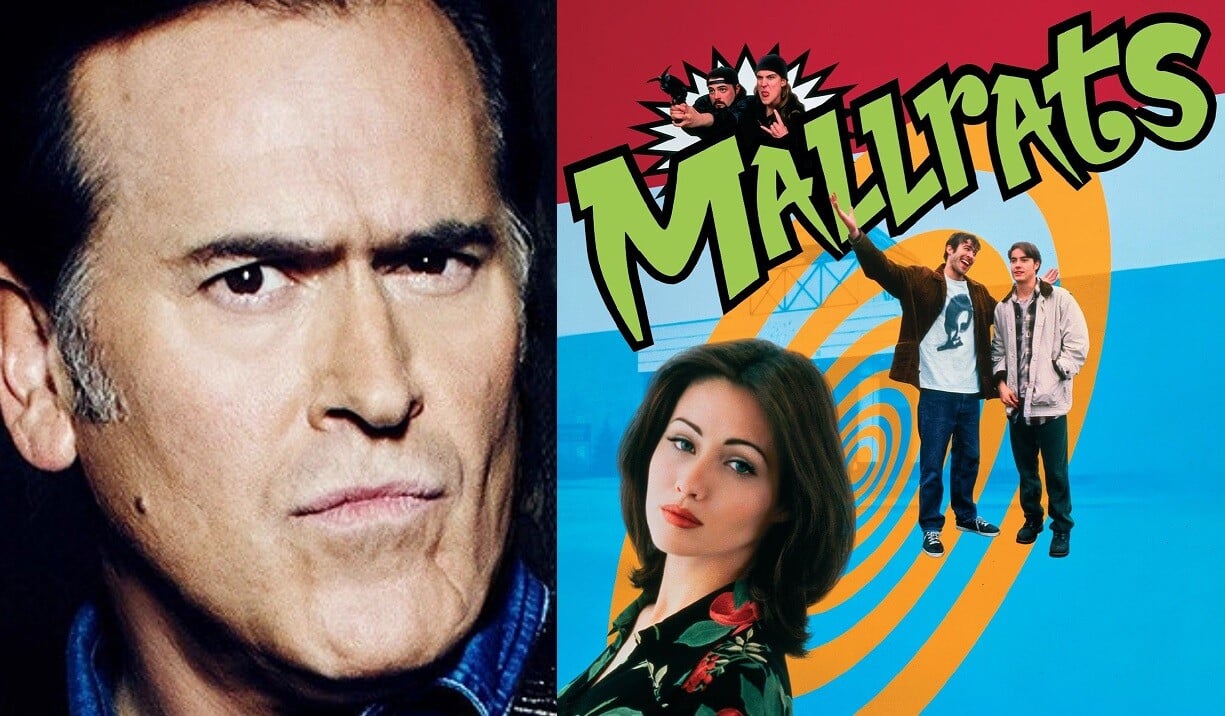 Many Kevin Smith fans were ecstatic to hear that not only was he moving forward on writing Clerks 3 following the success of Jay and Silent Bob Reboot, but that he’s also eager to write the next variation of his intended Mallrats 2. This time the sequel is titled Twilight of the Mallrats, and for one reason or another, it looks like Evil Dead star Bruce Campbell wants in on the action. And it looks like he might just get his chance.

After news of the sequel began to spread, the actor directly asked Kevin Smith on Twitter: “Can I play the Milk Man?”

While his joke could have easily been ignored, Kevin Smith instead responded right back to Bruce Campbell. And for fans of the B Movie actor, they’ll be happy to know that it sounds as though Kevin Smith really does want Bruce Campbell in the new Mallrats film. Here’s what Kevin Smith stated in response:

“The role I have for you in Twilight of the Mallrats is the part you were *born* to play: [Bruce Campbell] himself! In a world where Brodie’s biggest hero [Stan Lee] is gone (but never forgotten), he’s gonna need all his *other* heroes. And Brodie loooooves Evil Dead 2 & Ash!”

The role I have for you in “Twilight of the Mallrats” is the part you were *born* to play: @GroovyBruce himself! In a world where Brodie’s biggest hero @TheRealStanLee is gone (but never forgotten), he’s gonna need all his *other* heroes. And Brodie loooooves “Evil Dead 2” & Ash! https://t.co/fziWOvyXZT

And with that response in mind, it really does look like we could count on Bruce Campbell showing up for a cameo in Twilight of the Mallrats. After all, Kevin Smith does make a point about Brodie needing his other heroes after the passing of Stan Lee. And it does seem like the kind of thing Kevin Smith would’ve done anyways – after all, he usually tends to throw in dozens of celebrity cameos into his films already.

Let’s just hope this time Kevin Smith will succeed in his plans of finally getting both Clerks 3 and Twilight of the Mallrats off the ground. And after the release of Jay and Silent Bob Reboot, there shouldn’t be as much of a problem with that.