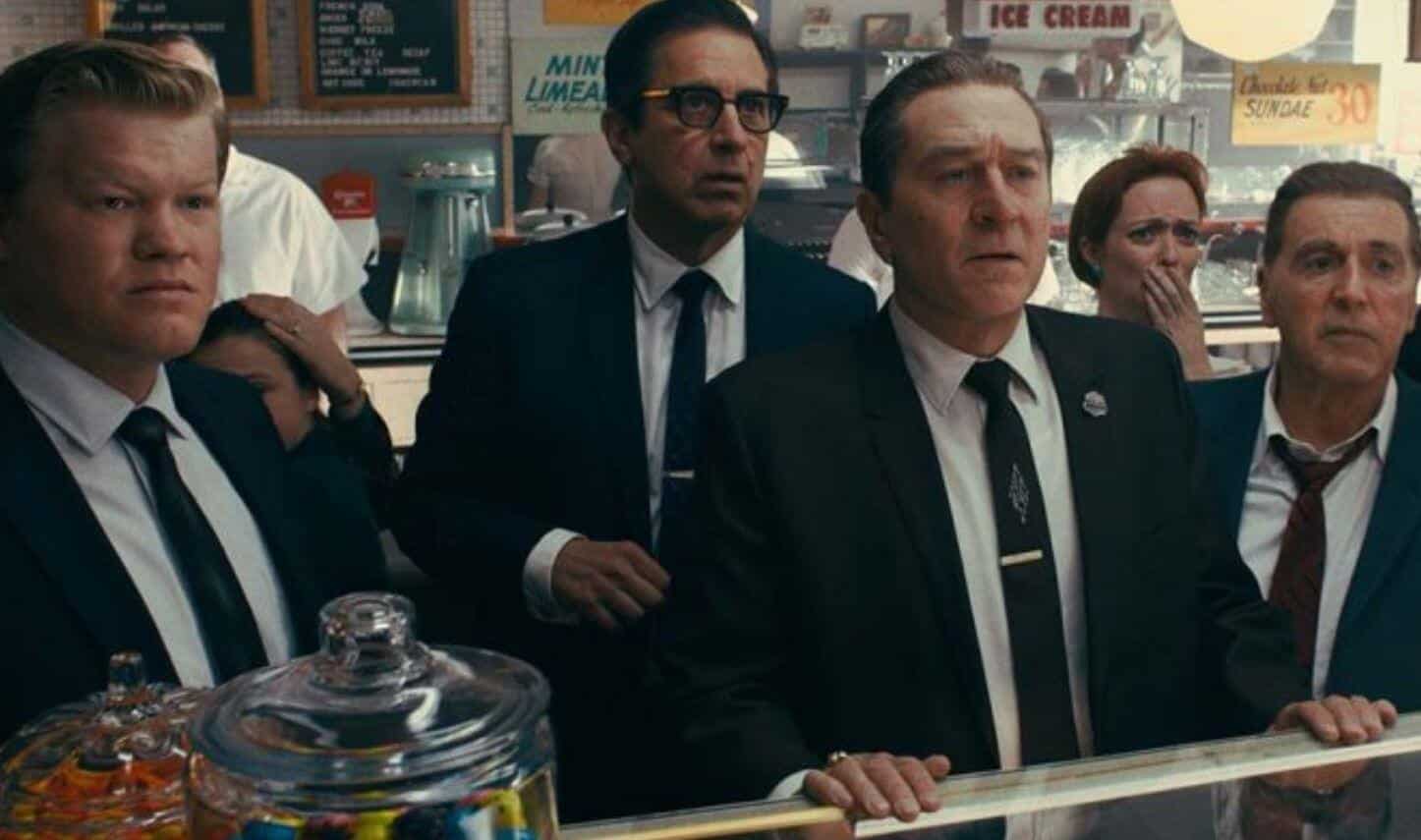 Awards season is a complicated time for many acclaimed films. While they jockey for Academy voter’s attention, many films become scrutinized by the broad spotlight placed on them, with many referring to the phenomenon as “Oscar Backlash”. Recent examples like Green Book (subjected to claims of falsifying its narrative) and Three Billboards Outside Ebbing, Missouri (deemed racist by Academy pundits) have dominated award season for their controversial content. With the Oscars a month away, it seems that Martin Scorsese’s The Irishman is now garnering Oscar backlash.

Along with complaints about the film’s three-hour-plus running time, claims about the film being inaccurate are now coming from Jack Goldsmith, the stepson of Chuckie O’Brien (played by Jesse Plemons). Here are his comments about the film from a New York Times essay written by O’Brien.

“What Mr. Scorsese did, in effect, was to place Mr. Sheeran in Chuckie’s role in Mr. Hoffa’s life. It was Chuckie, not Mr. Sheeran, who for decades served as Mr. Hoffa’s “intimate companion, driver, bodyguard and special troubleshooter,” as the labor journalist Victor Riesel noted in the 1960s. Chuckie expected to be “tagged with the disappearance” in the movie, he told me. He did not expect Mr. Scorsese to appropriate his close relationship with Hoffa – the precious blood, sweat, tears and joy of a three-decade father-son relationship, the apex of Chuckie’s life – and give it to Mr. Sheeran for all the world to see and believe.

“But Chuckie’s portrayal in “The Irishman” as a “dim jackass” driving Mr. Hoffa to his death made him livid. “To see this happen, it just makes me so mad,” he told me. “I’d like to get hold of that Scorsese and choke him like a chicken. And then after I get through with him, I’d grab that other pipsqueak, the guy who played the Irishman.”

O’Brien’s passionate comments are interesting to read due to his proximity to the film’s controversial events. While I understand and sympathize with his frustration, I don’t condemn Martin Scorsese for creating his perspective on the story. Several films based on true stories take creative liberties to create a more cinematic narrative, with the events being held in question being prime for that due to their unknown nature. It will be interesting to see how The Irishman holds up throughout Awards season.

What do you think of The Irishman controversy? Let us know your thoughts in the comments!

Continue Reading
You may also like...
Related Topics:Martin Scorsese, The Irishman