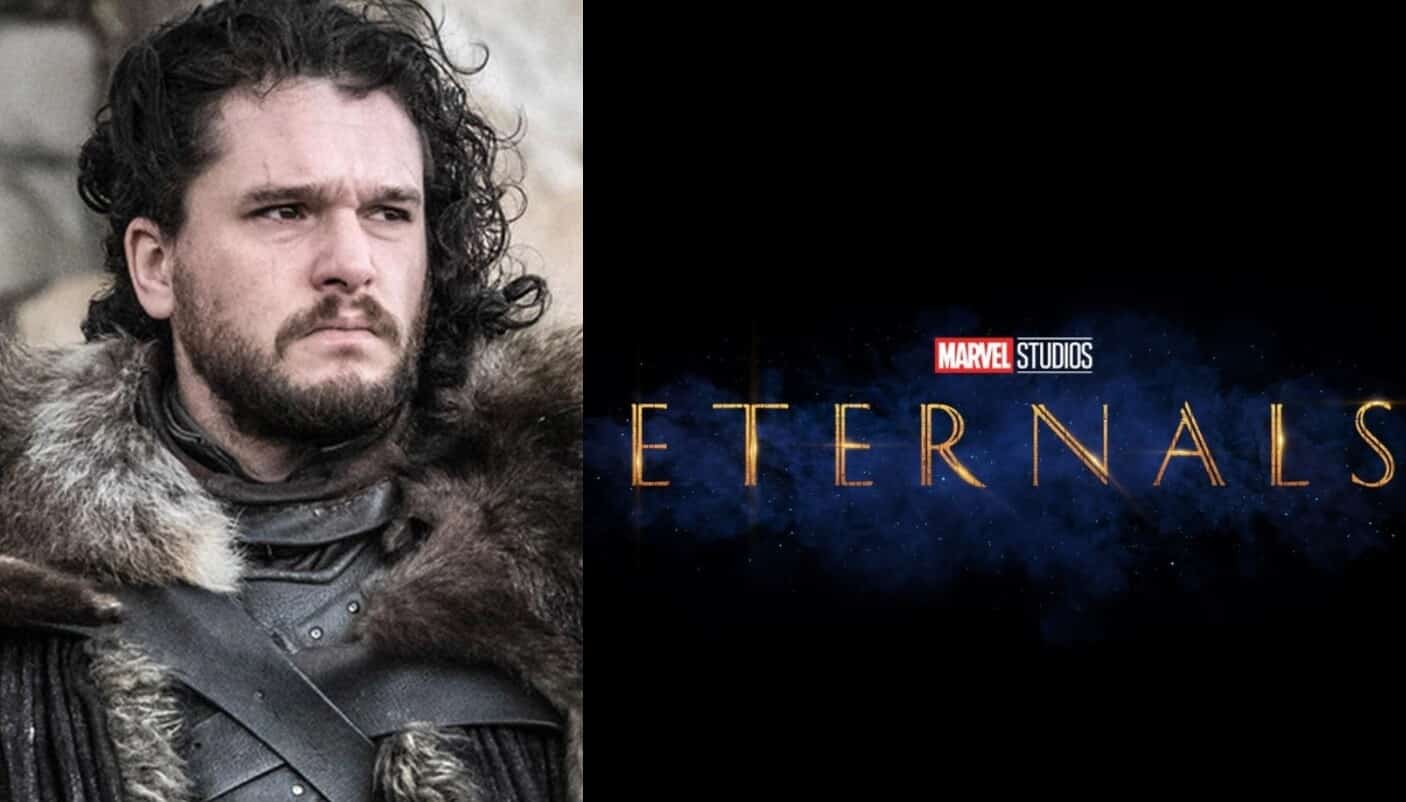 The Marvel Cinematic Universe is gearing up for its Phase 4 after the ultra successful Infinity Saga than spanned over a decade and two dozen films, including the highest grossing movie of all time, Avengers: Endgame. But now, it is time to introduce new heroes and villains and a whole new overarching story that will bring the universe together. And ‘universe’ is definitely the apt term here, as the MCU will be bringing in even more cosmic entities, starting with the obscure but highly anticipated Eternals. The ancient, nigh-immortal, enhanced humans tie directly into the universe building Celestials, and have been protectors of Earth and the universe for thousands of years. Now, they’re coming to the silver screen, and they’re not alone. Cult classic, fan favorite character, Black Knight, is joining the film, and will be played by Game of Thrones alum, Kit Harington. And, we’re getting a little peak with some leaked BTS pics.

The latest BTS pics showcase Harington and Gemma Chan, who returns to the MCU but in a new role, in civilians. This lends a little more credence to the rumor of a love triangle involving Sersi (Chan’s character). It looks like her suitors may be the Black Knight and Icaris (Richard Madden). Now, these photos do not show Harington’s armor for the character, which I’m sure Marvel is doing their best to keep it under wraps until the very last possible moment. Black Knight has been rumored for ages for the MCU, and now he has finally arrived. These pics don’t show a lot, but the conversation seems lighthearted and cordial, meaning this scene could be part of the relationship development, rather than about the film’s overall conflict. While it’s pretty much accepted that the Deviants will play a major part in the film’s threat.

Black Knight has had a tumultuous tenure in the comics, with multiple people taking up the mantle. Harington will be playing the most famous iteration, Dane Whitman, who is a descendant of a medieval knight who had the mantle at one time. These BTS pics are great, but we’re all really waiting for that armor reveal, which we’ll hopefully get sooner rather than later.

Are you excited for the Black Knight to come to the MCU? Let us know in the comments below!