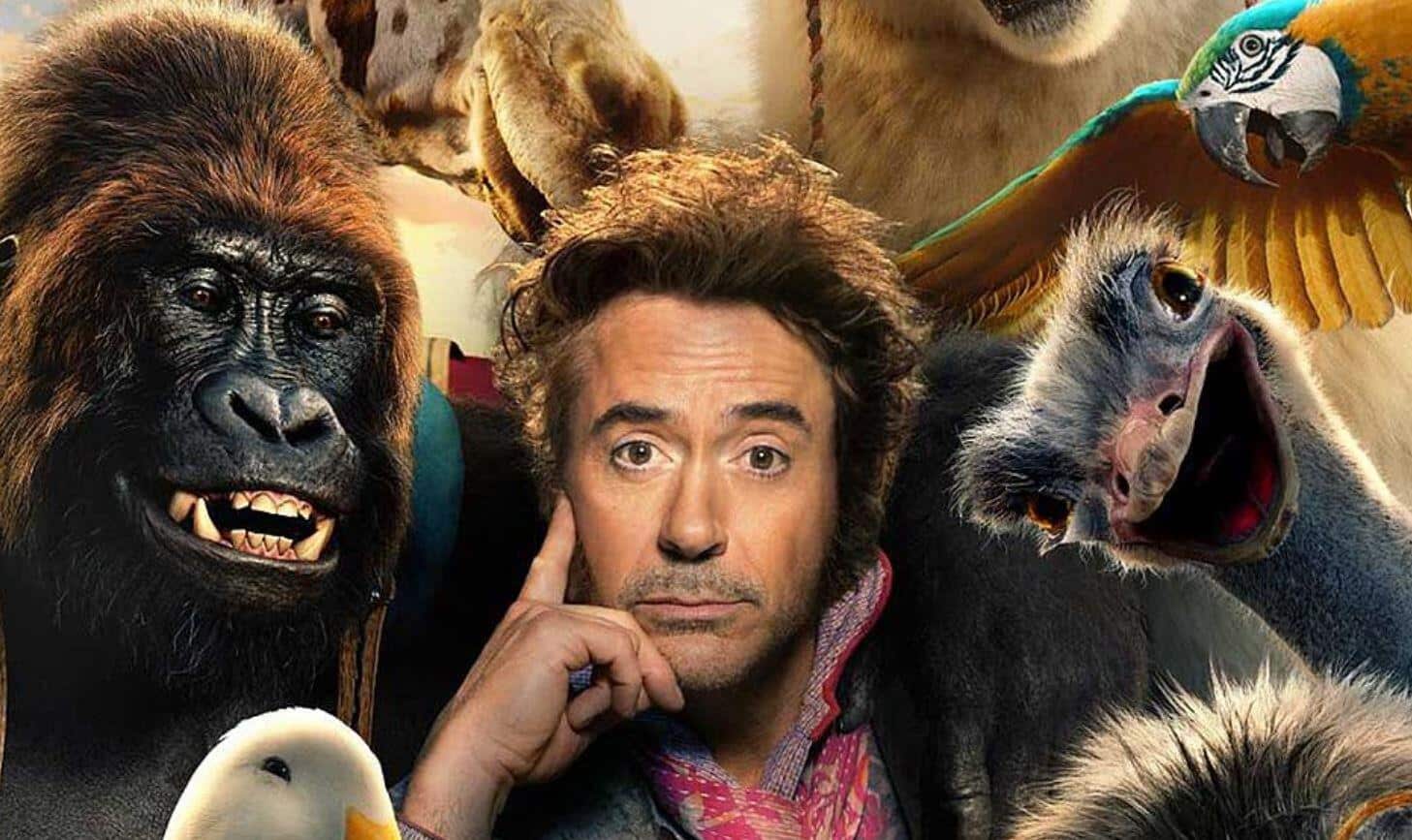 After completing his arc as Tony Stark in Avengers: Endgame, many wondered where Robert Downey Jr. would go with his prosperous career. To the surprise of some, Downey’s first post-Avengers project is Dolittle (which he not only stars in, but also produced with his wife), a reboot of the Dr. Dolittle brand that’s more akin to Rex Harrison’s adventurous original than Eddie Murphy’s celebrated comedic revamp.

Dolittle follows Dr. John Dolittle (Downey Jr), a gifted man who can talk and connect with animals. After years in hiding due to his wife’s death, Dolittle is summoned in the Queen’s interest to find a cure alongside his motley crew of animals (John Cena, Rami Malek, Selena Gomez, and many more round out the voice cast).

With several Oscar nominees in play and a big budget to its disposal (a massive 175 million dollar budget), the results of Dolitte’s disjointed final product are utterly baffling to watch at times.

That being said, it’s not quite the trainwreck that some are making it out to be (currently hovering at 18% on Rotten Tomatoes). Much of the credit goes to Downey Jr. himself, who dedicates himself in a uniquely-fitted role as the Welch doctor. Between playful interactions with his animal peers and an earnest portrait of Dolittle as a man recovering from a traumatic loss, the actor imbues this project with an oddball sincerity that occasionally shines. Alongside comedic co-stars (Craig Robinson steals the show as a vengeful squirrel), the cast is able to do enough to keep the audience intrigued through the briskly paced venture.

Admirably harkening back to adventure films of yesteryear, it’s a bummer that much of Dolittle’s execution falls flat on its face. Every bit of the project’s post-production troubles are felt onscreen (director Steven Gaghan was replaced by Johnathan Liebesman in reshoots), with this effort lacking a proper structure. The final product feels cobbled together in editing, with the narrative aimlessly drifting with little in terms of development. Tonally, there’s a lack of identity throughout, with wild swings from blockbuster thrills to juvenile pratfalls lacking cohesion.

That lack of cohesion is even felt in a visual sense, with technical hiccups popping up frequently. The animal effects and action setpieces are erratic in their execution, which is hurt further by Dolittle’s lack of stylistic identity. This film also features several poor uses of ADR, with nearly half of Downey’s dialogue awkwardly coming offscreen. These are basic elements that should be competently executed in any project, highlighting the apparent dysfunction at play in every frame.

Dolittle squanders its potential from the start, never finding its footing despite the promise of its premise and cast. Hopefully, Robert Downey Jr. can find better material from here.