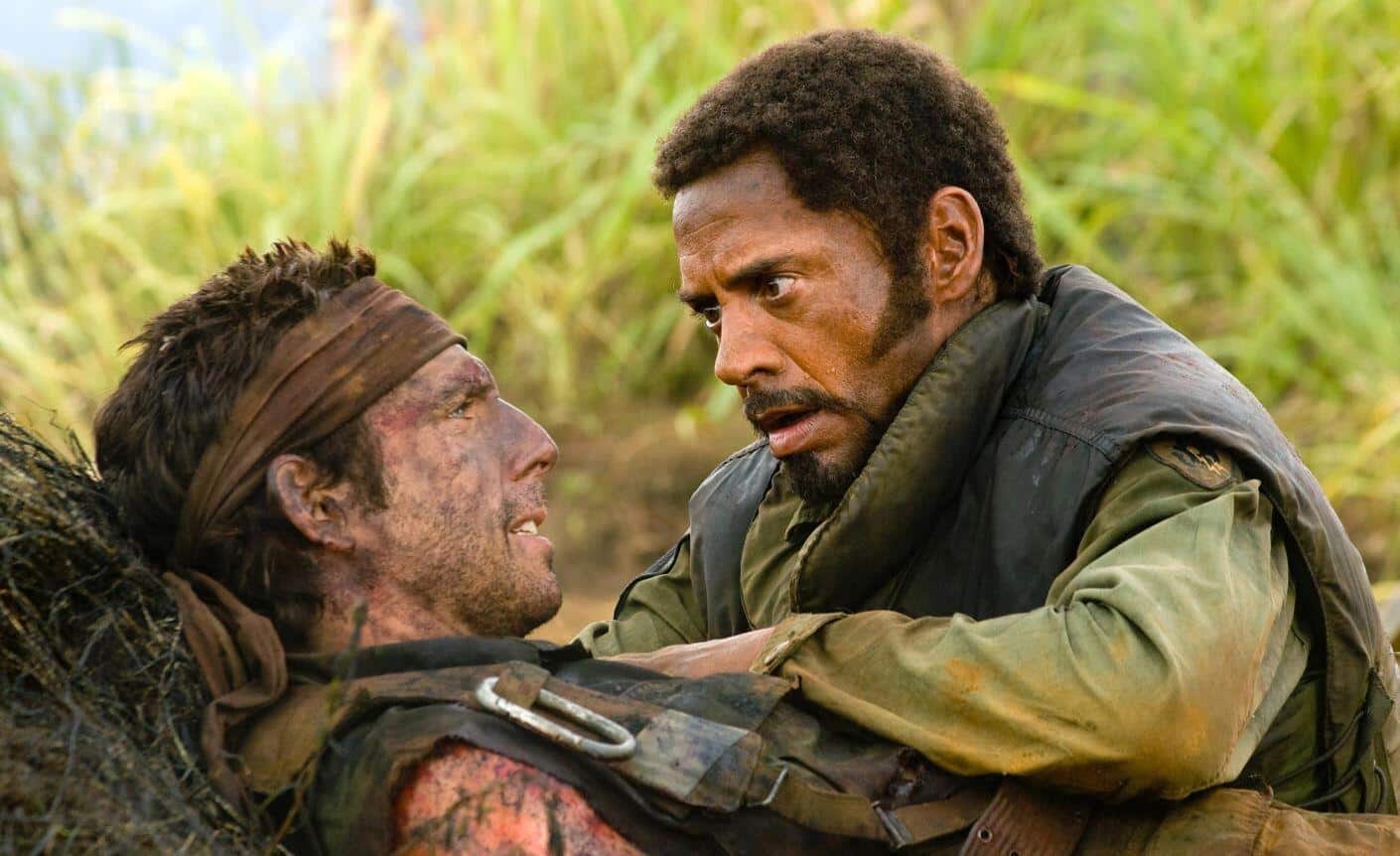 Robert Downey Jr. has enjoyed a career renaissance since entering the Marvel Cinematic Universe as Iron Man, fitting the role of the bold and brash Tony Stark like a glove. Along with that role, Downey Jr. also spearheaded a successful reboot of the Sherlock Holmes franchise as well as gaining an Oscar nomination for his controversial role in Tropic Thunder. Despite the latter film coming out over a decade ago, the conversation around it still lingers today.

Sitting down for an episode on the Joe Rogan Experience, Rogan asked Downey Jr. about his role in Tropic Thunder and his thought process going into it. Here are his comments, including his revelation that his mother found his decision to star in the movie “horrifying”.

“My mother was horrified. [Mimicking his mother’s voice] ‘Bobby I’m telling you, I have a bad feeling about this.’ I was like ‘Yeah me too mom, but uh anyway– how are we?’

All the night before… I was like ‘Well, here we go.’ And I think I had six lines that day, but I knew that there was going to be choppers; there was going to be squib fire; there was going to be choreography… it was going to be cacophonous. And the only thing that mattered to me was ‘What’s my action?’ My action as an actor in this movie is to know what I’m doing, even if what I’m doing is insane. So I ran those six or eight lines I had a thousand times lying in bed… And so the next day I was free to enjoy myself and not be struggling to wonder what it was I was supposed to be doing. And then that’s what it is, you know: it was one little mosaic after the next… and it was just a piece of work I was doing. And I cared about doing it as professionally and as honestly as I could.”

It’s interesting to see Downey Jr.’s reflection on the role and how self-aware he was about its controversial aspects. While it’s debatable whether a role that would be acceptable today, Downey Jr. deserves credit for approaching it with sincerity.