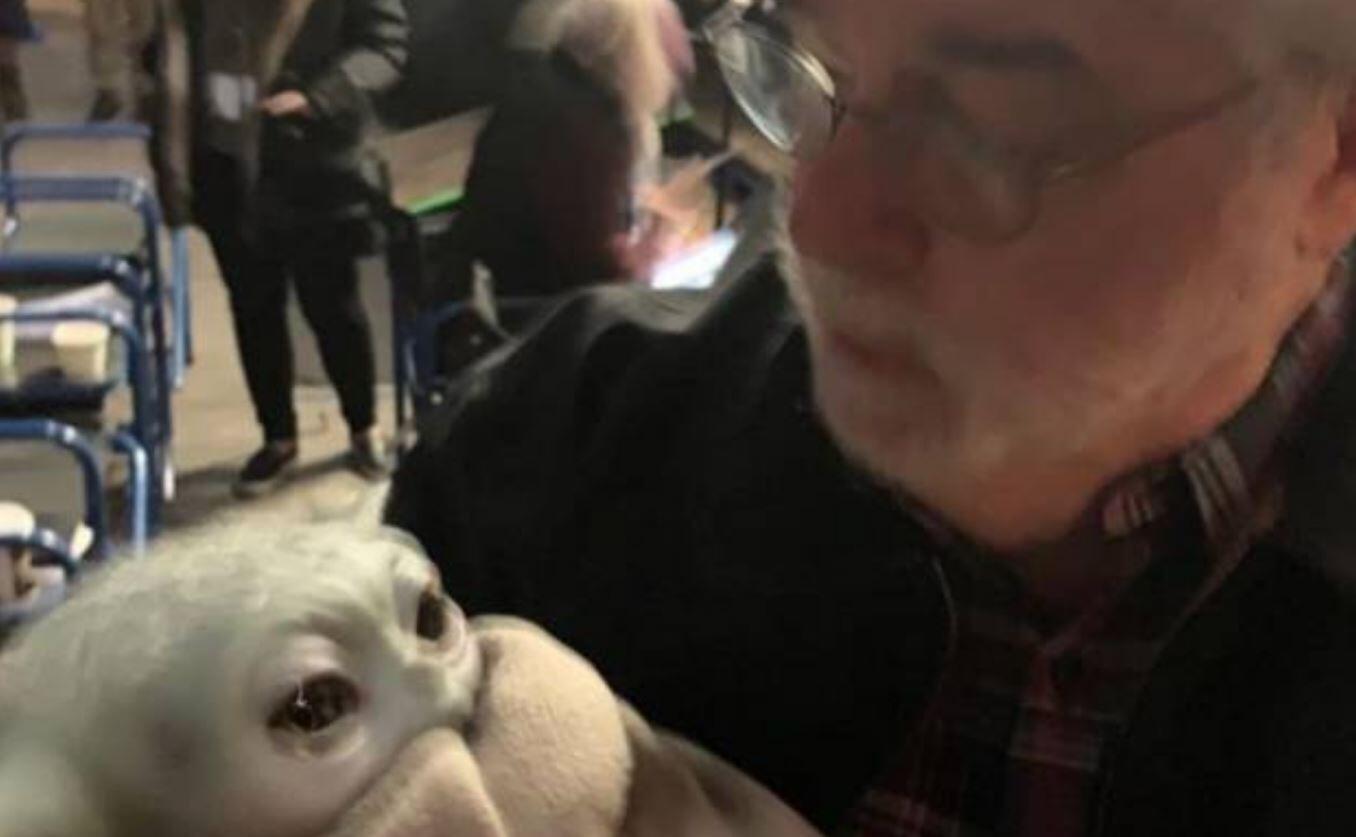 In an exciting new photo released by The Mandalorian showrunner Jon Favreau, fans get to see Star Wars creator George Lucas meet the Internet sensation “Baby Yoda”, more formally known as The Child, for what looks like the first time. The photo depicts George Lucas cradling The Child, and it seems to be slightly blurred which could indicate that the photographer had to sneakily snapshot the moment. Either way, it’s a sweet way of seeing the Star Wars franchise come full circle.

While the photo is likely the first time George Lucas had the opportunity to hold “Baby Yoda”, it’s unclear when it was actually taken. While it was confirmed that George Lucas had visited the set of The Mandalorian while its first season was shooting, the series has since started production on its second season. So it’s very possible that the photo could even be taken recently from the set of the next season.

Interestingly Jon Favreau didn’t leave a caption with the photo, so it’s left fans with plenty of speculation as to the meaning of it. Nevertheless, it’s a nice behind the scenes moment that should be cherished for fans of Star Wars in the years to come. A truly wonderful moment in the history of the franchise, even if it’s as subtle as George Lucas coming across the puppet that brought The Child to life for The Mandalorian.

It’s likely not the last we will be seeing of “Baby Yoda” either. Now that the series has wrapped, production has started on all sorts of new merchandise featuring the adorable little creature. We can expect that the hype for “Baby Yoda” will only increase with the new merchandise being put into production, upcoming second season of The Mandalorian, and these fun set pictures like the one we shared today.

In a time when Star Wars has become rather divisive between several generations’ worth of fans, it’s nice getting to see that The Mandalorian has become so beloved by the fanbase. It goes to show what a little dedication, passion, and effort can result in.