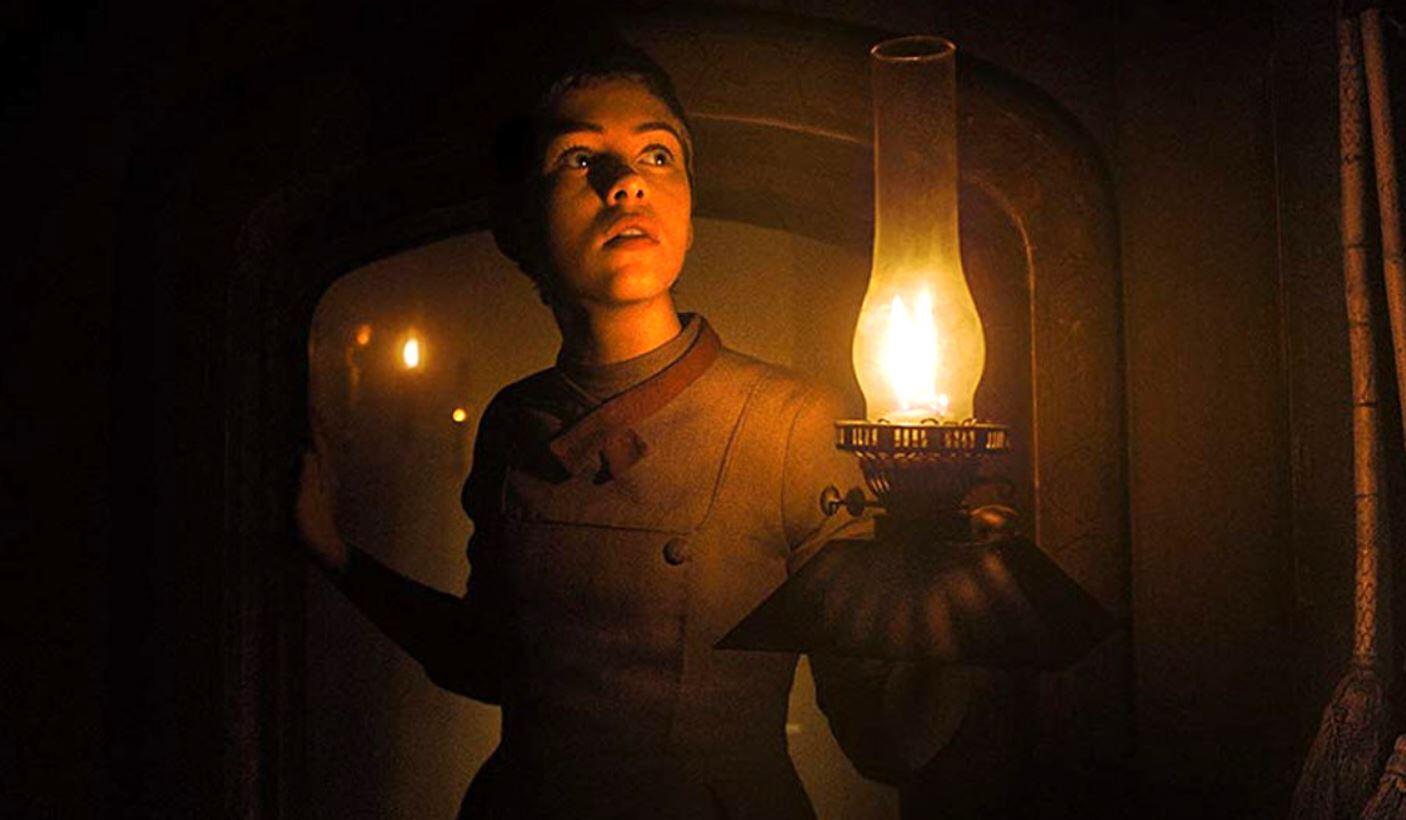 Several studios have tried to reinvent fairy tales into contemporary cinema with mostly lackluster results. Projects like Hansel and Gretel: Witch Hunter and Snow White and the Huntsman showed promise with their creative deviations from their source material, but these endeavors lacked the followthrough to execute their inventive ideas. With the horror genre soaring to new heights of popularity, we now have Gretel And Hansel, a decidedly macabre look at the Brothers Grimm fairy tale. Thanks to superb craftsmanship and genuinely intelligent reimaging of the source material, this effort soars past its January contemporaries.

Gretel (IT star Sophia Lillis) and Hansel (Sam Leakey) follows two abandon children looking for a home in a cruel world. When they settle into a seemingly comfy abode run by an old stranger, they soon discover all is not as it seems when supernatural occurrences begin to divide them.

Gretel & Hansel’s title switch is not the marketing gimmick many are making it out to be, rather a signal of shifting perspectives. Instead of both characters being 12-year-olds, screenwriter Rob Hayes places Gretel in the spotlight as a 16-year-old who must caretake for her 8-year-old brother. This seemingly simple switch up opens up new creative avenues of thematic depth for Hayes and director Oz Perkins (son of original Psycho star Anthony Perkins) to explore, with Gretel reluctantly taking on the caregiver role despite feeling like baggage at times.

Portrayed with dramatic weight and confliction by Sophia Lillis, this version intelligently grounds itself in Gretel’s struggle against the male/female power constructs of the time as Gretel faces a future of being a pawn for careless men. Once Gretel meets the witch and begins to discover a new source of power, the second half captures an intriguing internal push-and-pull of power and morality, feeling the allure of these abilities while trying not to descend into the darkness they can bring. In this way, Gretel and Hansel operate as a meditative horror film about coming of age that strikes an effective balance between character and scares.

Following up on the underrated Blackcoat’s Daughter, Oz Perkins delivers a masterful effort on a shoestring budget. Creating a slow-paced feature that steadily builds intense atmosphere and fear towards its dark world, it’s a pleasure to see a director working in the studio system who doesn’t cop out for cheap jumpscares. Each frame is composed with remarkable precision and craft (Roma assistant Galo Olivares utilizes lighting and fog to a stunning effect), with Robin Coudert’s old-school synth score working wonders in setting the tempo. Perkins deserves significant praise for finding ways to make a timeless story feel fresh and decidedly unique.

Despite a few dry spells as the narrative hits familiar story beats, Gretel and Hansel shines as an assured reimagining of a classic fairy tale infused with new perspective and depth. After hinting towards a dark fairy tale universe, I am excited to see what Perkins has planned going forward.

Continue Reading
You may also like...
Related Topics:Gretel and Hansel, Horror

‘The Last Full Measure’ Review: Sebastian Stan Leads Affecting Portrait Of War Trauma
‘Birds Of Prey’ Review: WB Has Found Its Groove And Should Stick With It
Advertisement
Advertisement
To Top