Pennywise Almost Became Freddy Krueger In ‘IT: Chapter One’ 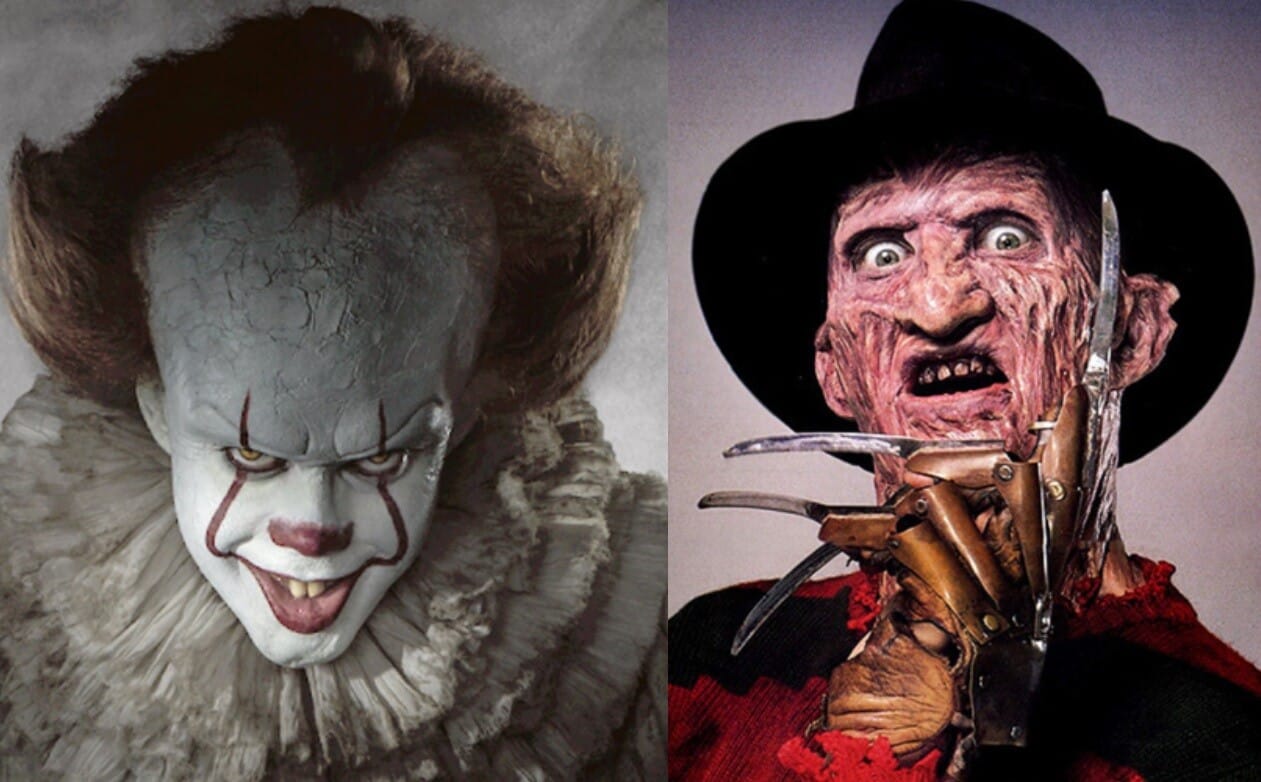 As a fan of Stephen King’s novel IT, I will admit having been a bit disappointed that the film version of Pennywise had nowhere near the extent of his transformations featured in the book. In the novel he’d just as easily turn into Rodan, the giant pterodactyl featured in the Godzilla franchise, as he did Frankenstein’s monster before ripping people’s arms out of their sockets.

And although the film neglected to have these transformations for obvious rights reasons, it turns out there was one particular Warner Bros. movie villain that almost got featured for a sequence.

As you know, IT: Chapter One ends up taking place in the 1980’s instead of the 1950’s like in the original novel. And which massive 1980’s horror icon does Warner Bros. own? You’ve guessed right, Freddy Krueger. Director Andy Muschietti apparently considered having Pennywise turn into Freddy Krueger, much like how the Pennywise in the book turned into various cinematic horror icons. The director’s quote says:

“Obviously we considered that for a bit, but I wasn’t too interested in bringing Freddy Krueger into the mix,” Muschietti told the site. “I love the story and I love how Stephen King basically makes a portrait of childhood in the ’50s. He’s very genuine when he brings all the Universal Monsters to the repertoire of incarnation because that’s what kids were afraid of. It would be a natural path to try to recreate that in the ’80s, but I really wasn’t too crazy about bringing stuff like Freddy Krueger into the story. I thought it was a bit too meta with New Line involved in the film. It’s distracting and it didn’t feel right, for some reason.”

Of course, that never ended up in the final film. Muschietti decided that kind of transformation would have been too distracting and decided to leave Freddy out of the story. Instead we have Pennywise take on transformations that are much more personal to the individual fears of every Losers’ Club member. On the bright side, there are still a few references to the Nightmare on Elm Street movies in the IT films, specifically one of them is playing at the Derry movie theater.

So, much like the massive transformation tease in Critters 2 – where one of the shapeshifting alien bounty hunters almost turned into Freddy Krueger – it looks like it just wasn’t meant to be. Although we might not get to see Pennywise become Freddy Krueger, we can only hope that the iconic Elm Street slasher makes his way to the big screen again soon.

How would you have felt about Freddy Krueger being one of Pennywise’s transformations in IT? Do you think it would’ve been too distracting? Let us know your thoughts in the comments section down below!