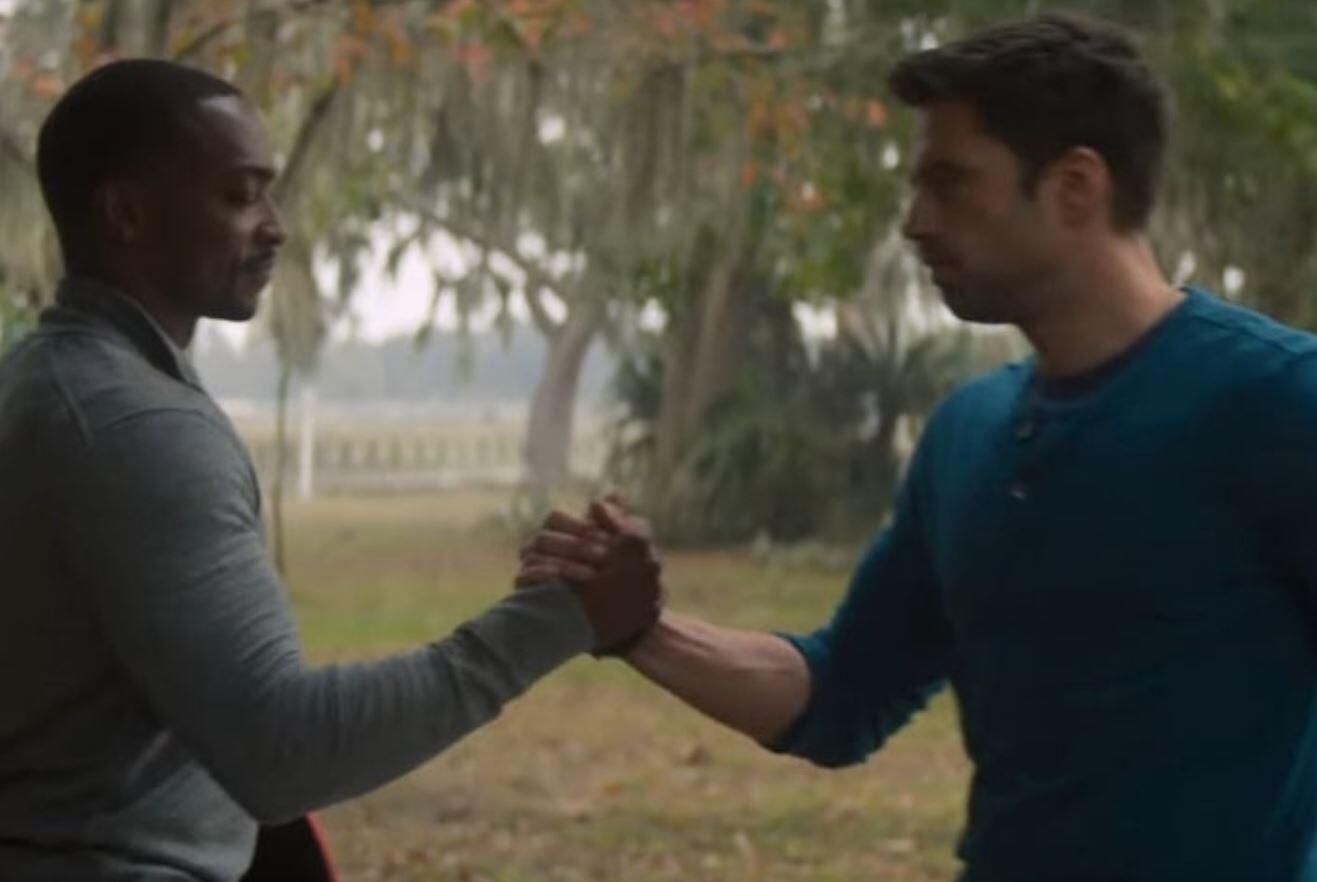 It was an exciting time at the Superbowl when it was revealed Marvel had placed an advertisement featuring all three of their nearest upcoming Disney Plus shows – The Falcon and the Winter Soldier, WandaVision, and even Loki. While fans still have awhile to wait before the shows will be premiering on the streaming service, and proper trailers for that matter, the new advertisement still managed to show a healthy array of clips from all three productions. And with that it may have spoiled quite a few exciting secrets – for example, it looks like HYDRA might be returning in The Falcon and the Winter Soldier.

As you can see in the beginning of the trailer, which starts off with footage from The Falcon and the Winter Soldier, it opens with a shot of Falcon flying after a group of armed base jumpers. And for those who’ve taken the time to slow down and really focus in on the footage, you’ll notice that the colors on the jumpers’ suits are green with yellow stripes similar to those worn by HYDRA in the comics.

It would certainly make sense, considering that HYDRA is essentially one of the biggest components for almost all of the Marvel Cinematic Universe’s Captain America stories, of which this series could most certainly considered a direct part of since it will deal with the next hero to use the righteous Captain America title. And what better way to earn it than to deal with some of his biggest foes via HYDRA?

While we don’t know how exactly HYDRA will be introduced into the overall plot of The Falcon and the Winter Soldier, there are certainly more than a few ways to do it especially considering we last saw the group in their truest form in Captain America: Civil War. And as such, it’ll be exciting to see how things have evolved for their story in the MCU with this upcoming series.

Hopefully we will learn more about the possible appearance of HYDRA in The Falcon and the Winter Soldier as production on the series continues and we near its release date set for later this year when it premieres on Disney Plus.

Continue Reading
You may also like...
Related Topics:Disney Plus, Marvel, Marvel Cinematic Universe, MCU, The Falcon and the Winter Soldier

It Looks Like ‘WandaVision’ Footage Revealed A Major Spoiler
‘Spiral: From The Book Of Saw’ Trailer Has Leaked
Advertisement
Advertisement
To Top