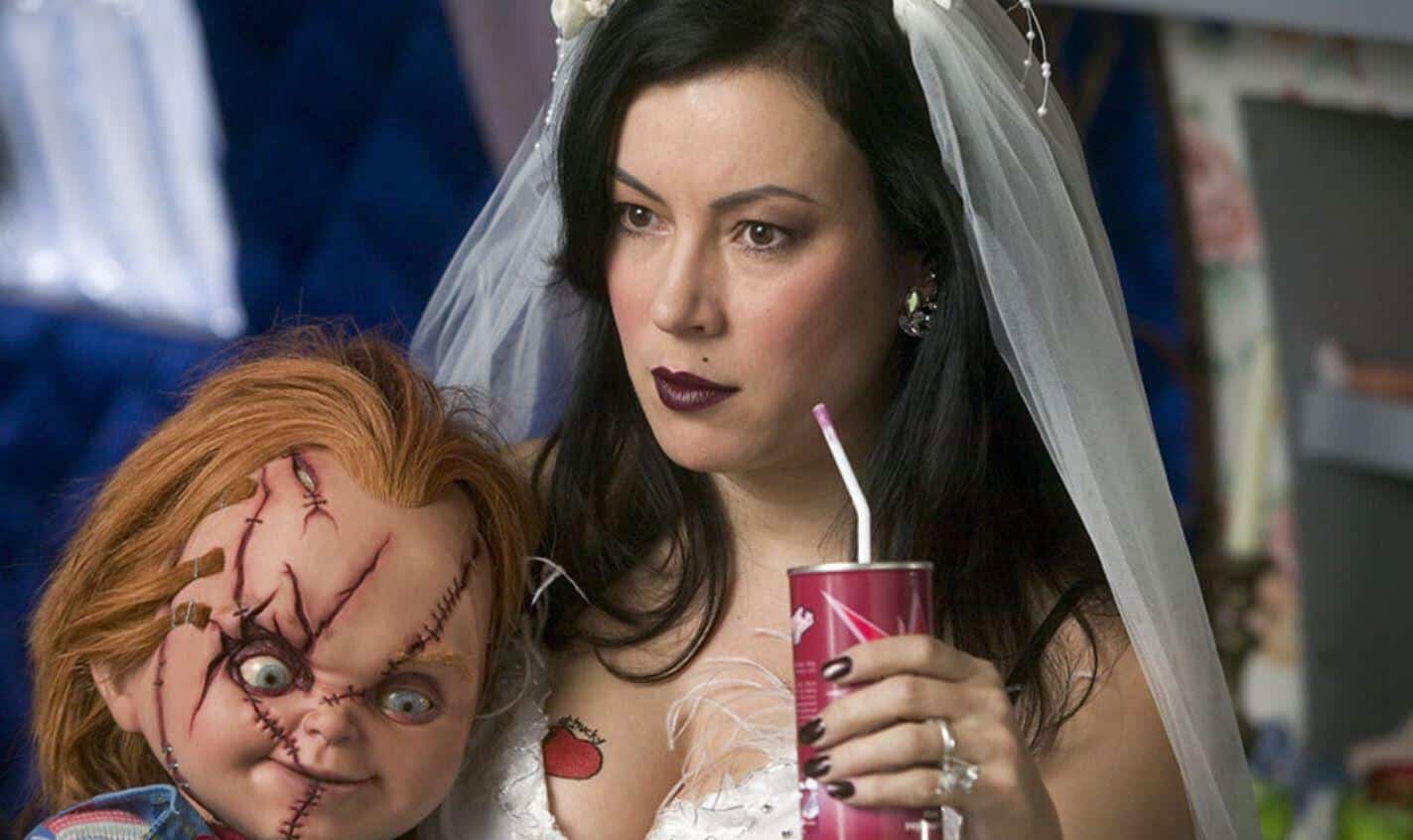 Chucky is an iconic figure in the slasher genre, with his toy-like appearance hiding a dastardly edge and a desire to kill. Many fans were split on the recent reboot of Chucky in Child’s Play, which reinvented the character for modern times by connecting it to our obsession of smart technology. This remake had some unique pleasures, including the addition of Mark Hamil as the voice of Chucky, but many fans were upset that the core team that invented Chucky (writer/director Don Mancini and voice actor Brad Dourif) were not involved in the conception of the film. That changes with the upcoming Chucky TV series for the SyFy Network, which will see both talents return along with another familiar name to the franchise.

That name is Jennifer Tilly, who has shined throughout the series as Chucky’s bride Tiffany. In an interview with Post MortemPodcast, series creator Dan Mancini shared his excitement towards Tiffany’s inclusion and the further development of Chucky.

“I saw an opportunity to reinvent the franchise yet again. One of the things that has kept the franchise alive and thriving for so long is that we’ve reinvented it in different ways, by making it a comedy, and then back to horror. But the sheer storytelling real estate of doing eight to 10 episodes… will allow us to delve into characters and relationships in a way that we’re never afforded in just a 90-minute movie. That’s really exciting to me. We’re going to be able to explore different avenues with different characters that are among fan favorites. A lot of times people will say, ‘What’s Tiffany’s back story?’ and ‘What about Glen or Glenda?’ All these different avenues. Now we have a way of exploring all of this, and that’s really exciting.”

It’s great to see the core team return to the franchise that they spearheaded 30 years ago, with TV being an exciting new format to explore these characters. Hopefully, the extra time will create some interesting new wrinkles while still offering the series’ iconic dark humor and bloodshed.

Are you excited for the Chucky TV series? Let us know in the comments!