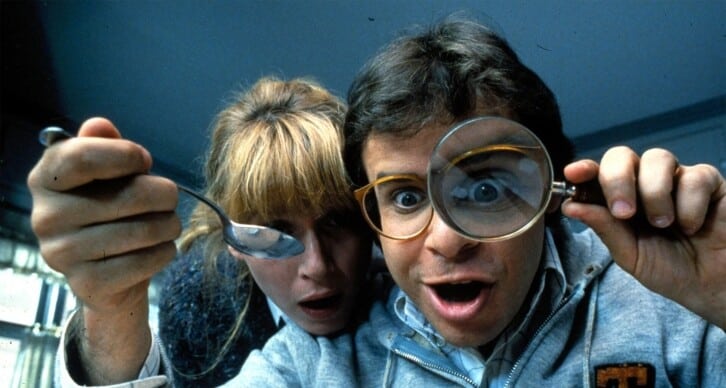 I’ll be honest with you, the reader. I was not a fan of Honey, I Shrunk the Kids and repeated those feelings towards the sequel when they first came out. However, I am a fan of Rick Moranis and his other past works. That being said, I am glad that the actor is reportedly in the talks of appearing in the Honey, I Shrunk the Kids reboot from Disney.

The actor/comedy has been retired from acting for over 20 years. Moranis is more commonly known from the Honey, I Shrunk the Kids movies and Ghostbusters but everyone reading this should check his work on SCTV—great stuff.

Moranis has been spending his days being a father and doing amazing charity work for quite a while. One would think that that the man was done with Hollywood after riding off into the sunset and calling it a day. That no longer seems to be the case.

It appears that the people over at Dis Insider caught an exclusive story that Moranis is looking to reprise the role of Wayne Szalinski, a scientist who accidentally shrinks his and two neighboring kids. The site also stipulates that Moranis’s involvement in the proposed reboot is still in early talks and nothing is concrete. And there it is, that grain of salt that people like on their rumors.

The reboot is said to be set three decades after the original movie and will have actor Josh Gad play an adult version of Wayne Szalinski’s son, Nick Szalinski. The role was played by Robert Oliveri back in the 1981 movie. The movie would also be called “Shrunk” (edgy) and the term “legecyequel,” is being attached to where the continuity of the story stands.

Confused by the new word? Here’s the definition: It will exist in the same world and continue the overall storyline.

The site also has dropped a synopsis of the movie:

Aware that the family ties have loosened over time but seemingly afraid to confront anyone directly. He has been tinkering alone in his attic for decades, dealing with the grief of losing his wife. When we first meet him, he has accidentally shrunk himself and is flying around on a shrunken drone — seemingly lost in a continuous of tinkering and experimenting that often puts himself and his family in jeopardy.

He later reveals he shut himself away to try and invent a solution to help shrink Diane’s cancer but found it hard to cope when he ran out of time. His guilt and shame are palpable. Through the crisis of the kids getting shrunk, the truth emerges, and the bonds begin to redevelop between him and his kids.

If the rumors are true, Rick Moranis has a soft spot for this franchise since the actor has passed up the offer to appear in the Ghostbusters reboot back in 2016 and won’t be showing up in Ghostbuster: Afterlife.

And like that *blows the rumor into oblivion* the story has apparently been debunked.

Cinemablend is reporting that the rumor is in fact, false.

“When CinemaBlend reached out to Disney for comment on the report, we were told that nothing had been announced, and they have not heard of any conversations between Rick Moranis and the studio.”

So there you have it.