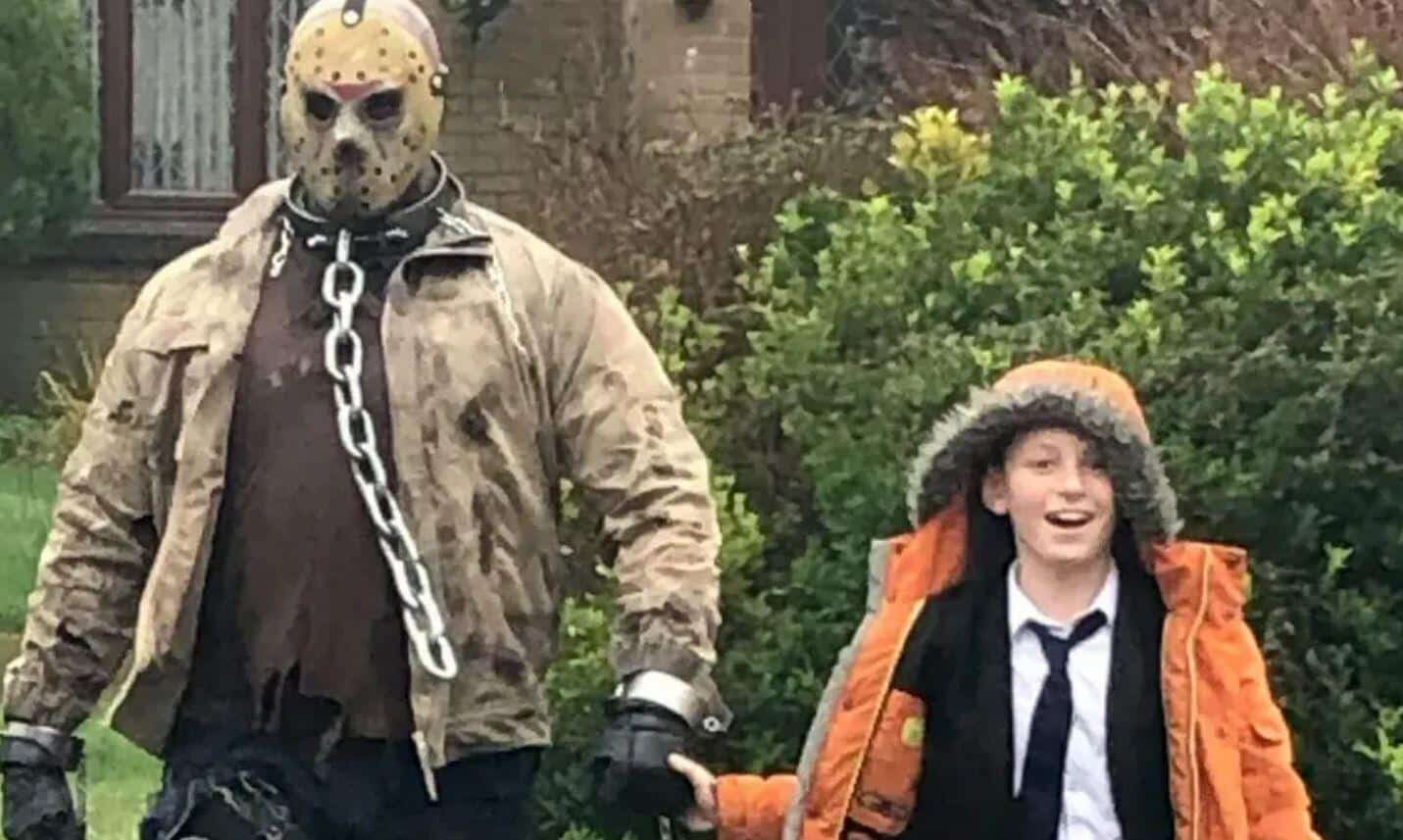 It’s been something of an unfortunate time for Friday the 13th fans. The franchise has been in a depressing state of affairs, a legal battle which has so far seemingly put an end to any movie plans in the foreseeable future and even forced developers to cancel all future content updates for Friday the 13th: The Game. Nevertheless, fans have proven time and time again that their love for the Friday the 13th brand will not cease – and perhaps we’ve seen the most wholesome example yet. It appears that Sam Murphy’s son Carter is a Friday the 13th fan that had a very particular birthday wish – he wanted to meet the iconic slasher villain Jason Voorhees – and his father delivered.

The whole story was first reported by GeorgeTakei.com, where it was revealed that Sam Murphy followed up his son’s wish by hiring a local special effects artist to play the role of Jason Voorhees. In fact, the effects artist wouldn’t just play Jason Voorhees – he would pick up young Carter Murphy from school dressed up and down in signature Crystal Lake madman attire. Sam was able to document the entire thing with photographs and even a video.

Here’s what Sam had to say about the overall event, and how nice it turned out to make his son’s birthday wish a reality:

“It was quite a nice experience. He was walking down the street holding hands with Jason. He has issues with touching, he won’t hold my hand. Carter hasn’t shut up about it. Jason gave him a t-shirt and he hasn’t taken it off since. I can’t get it in the wash. Carter was so excited, he hasn’t stopped speaking about it since.”

It’s definitely a touching story, one which clearly made a spectacular birthday event for one young Friday the 13th fan. Clearly even though the franchise is quietly lying dormant for now while the absurd legal battles carry on, there’s still plenty of potential for fans to embrace what does exist of the Friday the 13th franchise.

While it would be nice, we don’t need new content to appreciate what’s already there in the iconic horror film franchise. And for one Friday the 13th fan, getting to meet Jason Voorhees on his birthday was the perfect gift. Be sure to check out the video and photos that showcase the truly wholesome event.