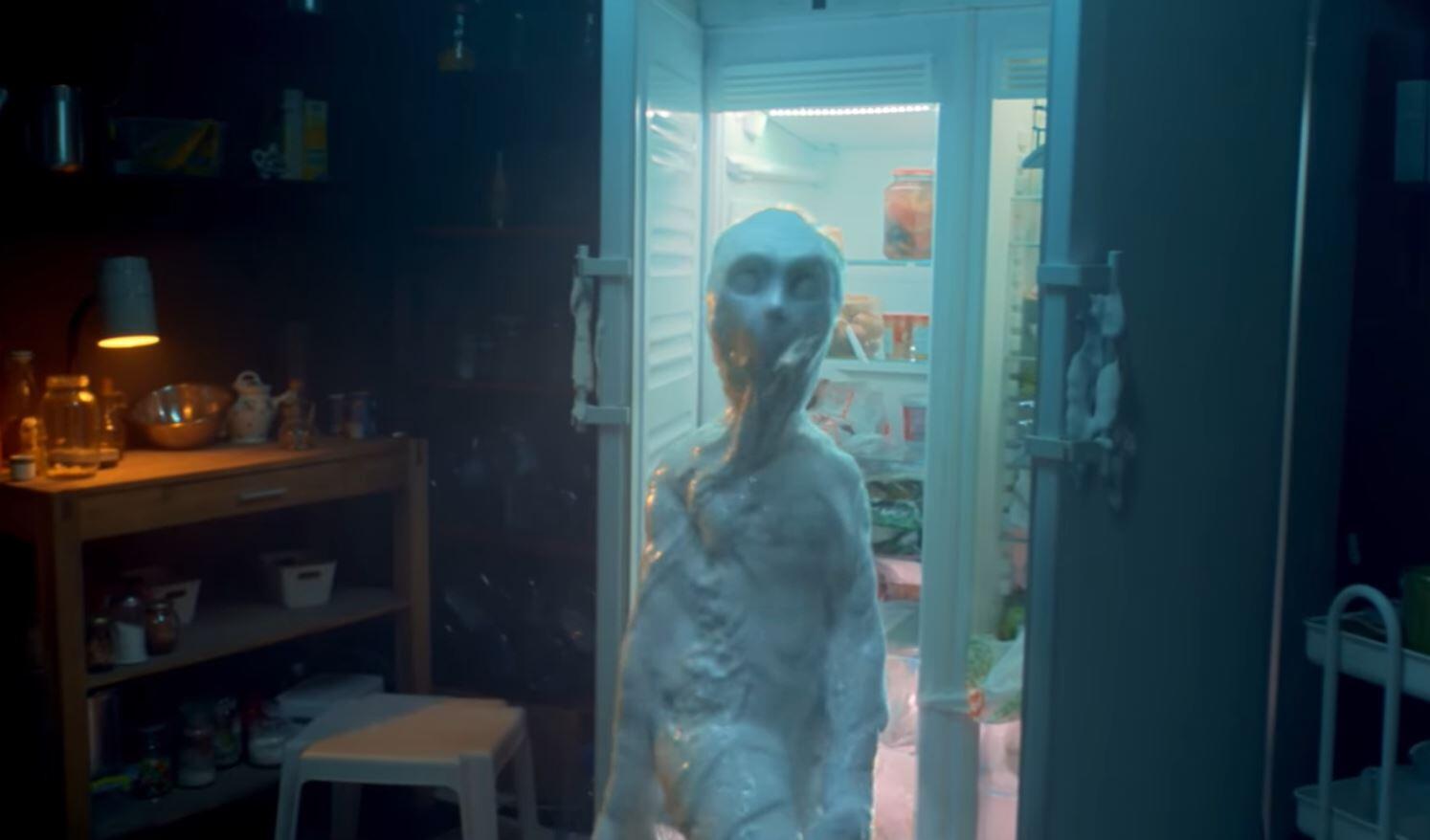 It really must be a blast to work on the marketing content for a company like Skittles, and after viewing their latest commercial, I think you’ll all agree. Although the Superbowl has come and gone, there is always room for companies to continue producing and airing bizarre or zany advertising gimmicks. And the latest which comes straight from Skittles to advertise their new product, named Skittles Dips, is definitely bizarre. As you can see down below in the new commercial, Skittles has created a new mascot for Skittles Dips named Yogurt Boy.

Now obviously the marketing team has a lot of potential when it comes to advertising yogurt-coated Skittles candies. And while they could have produced any number of sweet or cozy commercials, they instead chose to give us Yogurt Boy – and I love them for it. As you can see for yourself, Yogurt Boy is like some ghastly mutant straight out of Larry Cohen’s horror satire The Stuff. He’s an icky slimy creature that coats Skittles in yogurt when they’re forced through his liquified body. Yeah, there’s already movie potential with that sentence.

At a time when the Internet and those advertising on it tend to glorify the idea of cutesy baby creatures, for example the newly introduced Baby Nut or last year’s “Baby Yoda” who became the surprise mascot of The Mandalorian, it’s nice to see an emphasis on something strange and almost nightmarish for a change.

It brings to mind the old Syfy channel commercials from back when the network was named The Sci-Fi Channel, the ones from the early 2000’s where people or even creatures usually had only a few seconds to come up with some of the most bizarre and unexpected scenarios or reactions imaginable. In fact you may have just dismissed them as bad fever dreams because looking back at them, it’s hard to process that they were actually real. And Yogurt Boy just about has that same surreal quality.

So if that’s not worth applauding, then I have no idea what is. Hopefully we continue to see more of Yogurt Boy and it can start some kind of weird trend for companies to try outdoing one another by being weird and creative rather than settling for CGI doe eyed babies. Or at least a mix of the two. Let’s see Baby Yogurt Boy!