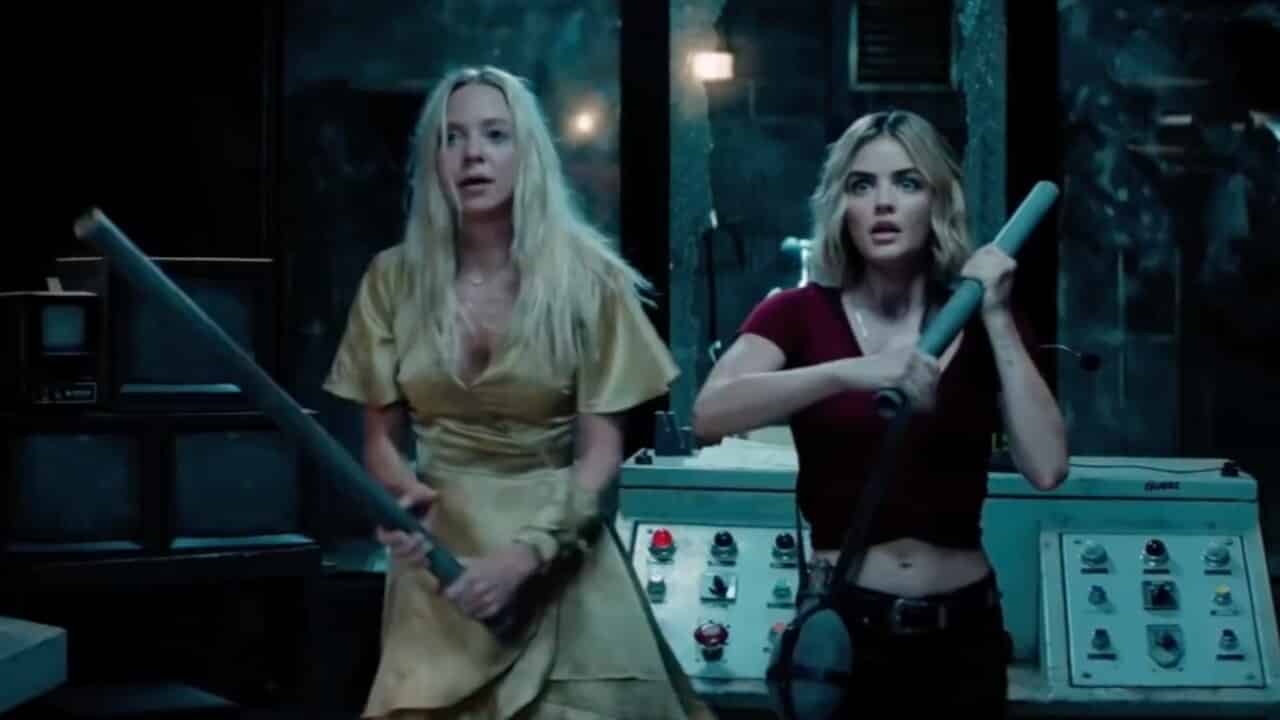 Blumhouse has achieved unprecedented success in the horror genre, creating a system of low-budget projects that excite creatively and rake in profits at the box office. Their name is typically a signifier of quality, but a few bad apples have snuck through the cracks during their tenure. The latest Blumhouse project Fantasy Island, a remake of a cheesy 1970’s show, might just be the worst film the famed studio has put their name on.

Repackaging the show’s premise into a horror mold, Fantasy Island follows a group of strangers who receive a vacation getaway to a mysterious island, controlled by Mr. Roarke (Michael Pena), that grants one wish for each visitor. The visitors soon realize that the island isn’t all that it is made up to be.

Helmed by Jeff Waldow (writer/director of the dreadful Truth or Dare), Fantasy Island boasts some promise as an interesting reinvention of a familiar brand. That promise is squandered quickly in what ends up being a tonally-confused and scare-free mess.

It’s bizarre to see a project that is marketed heavily as a horror film barely touches on its genre sensibilities. With the core characters separated ten minutes into the film, the rest of the narrative follows their separate “fantasies” being realized. These segmented stories fail to ever flow together, with awkward breaks in the action often being detrimental to the pace of each. Perhaps telling each in an anthology setup could have been more effective, but Wadlow’s script instead forces on an intertwining structure solely to create half-baked plot twists.

Worst of all about the segmented plotlines is how melodramatic they end up being. Whether it’s a traumatized woman seeking revenge from a bully (played by Lucy Hale), a man looking to find the courage he desperately seeks by going to war (Austin Stowell), or two friends looking to have it all in life (Ryan Hansen and Jimmy O. Yang), most of these narratives drift into overworked dramatic beats that lack any clever writing or humanity. Aside from the latter plotline that embraces some of the over-the-top fun of its premise, they follow a predictable trend of a dream going wrong so the person can learn a life lesson.

It all builds to a third act that falls flat on its face, with ridiculous twists and dumb horror movie logic riddling the narrative. Wadlow’s direction in these horror-centric moments never offer satisfying scares, with his overly-lit visual style and sanitized PG-13 approach coming to a detriment to the project. The final conclusion is largely unsatisfying and somewhat grotesque in what it assumes about victims of trauma, turning a seemingly sympathetic character into a crazed monster without any dramatic weight.

It’s hard to find many positives to say about Fantasy Island, which continues a dreadful year in horror (Gretel and Hansel being the lone shining standout) with the genre’s weakest effort yet. With The Invisible Man releasing soon, I am sure the Blumhouse brand will get back on track soon.